Why My Next Notebook is a MacBook

When my desktop system got really old, I bought an iMac. But after two lemons were returned, I opted for a new MacBook Pro 15.4″ model and I’m glad I did. So when I saw a post by a colleague at The Unoffical Apple Weblog, one of my favorite sites, I was surprised to hear of the author’s bad experiences with Apple’s notebooks. He has a reason to be unhappy. I’d be unlikely to get one if I’d experienced the same bad track record. Fortunately, for most of us who own Apple products, his experience is not the norm.

The gist of his post is that since buying a white MacBook in 2007, he has had nothing but trouble with it. The list of repairs is long and amazing. I think the key sentence in the article though is this one: 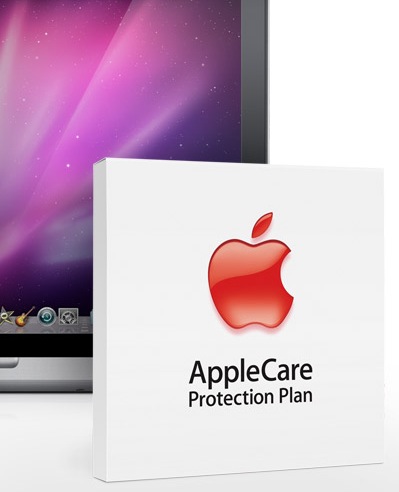 One lemon machine is bad enough, but at least she (the author’s wife) got the most positive outcome imaginable: only months before her AppleCare expired, Apple gave her a brand new replacement machine with another three years of AppleCare coverage.

A company should stand behind its products with such customer-centric care, especially if they paid extra for Apple Care, Apple’s premium warranty and support service.

The fact that Apple did this, is actually stunning in the present day of company’s cutting back on customer support to make a buck. I think this is just one reason why Apple is rolling in the billions while other manufacturers are struggling to stay afloat in a weak economy.

It is also the reason why my next Mac is a MacBook Pro.

But why a MacBook instead of the iMac or Mac Mini?

I have always had a desktop computer. Got my first as a gift back in 1992 and have had one on my desk ever since. Back in 2000 I began building my own systems and did so with my next three computers. Sure, I’ve also had a laptop  during that time, but it was always my second PC. My desktop was my friend. When away from it, I missed it.

Fast forward to 2011 and my Lenovo desktop was getting long in the tooth and the last time I cracked the case to upgrade him, he moaned and said, “Not again!’ So instead of trying to squeeze another year out of my friend, I gave him away and bought an iMac – another desktop. Then nine days later, after it over heated and started literally whining really loud.

I exchanged it for another one. Then after 32 days and the same result – repeatedly over heating and a final loud whine and electronic thumping sound, I took it back thanks to my Best Buy Silver Rewards membership which gives me 45 days instead of 30 days for returns. And this time I replaced my Mac truck (a desktop) with a sports car – the Intel Core i7 Quad Core powered MacBook Pro 15.4″ model. And I’m glad I did.

First, I was tired of getting my new iMac setup only to have it fail. Sure, it is unlikely that a third one would be that bad. But it is also unlikely that someone would have all the trouble my colleague at TUAW had with his wife’s white MacBook. So, I felt like it was a better bet to try a different system.

Second, I wanted a Mac. I like the OS and have a MacBook Air for my mobile computing use. But it’s not quite powerful enough for some of the tasks I want to do on a computer. So I need a more powerful system and I want it to be a Mac to stay consistent. I can still run Windows on it too.

Third, I chose the MacBook Pro because it is fast! It has a Quad core processor and switching ATI graphics. The keyboards on these are great. And while it sits on my desk I have 2TB of storage hooked up for offloading my video projects, my huge picture library from when I was shooting with a DSLR in RAW, and it is my backup. Being able to always get back to where my system was in the last few hours, is nice. 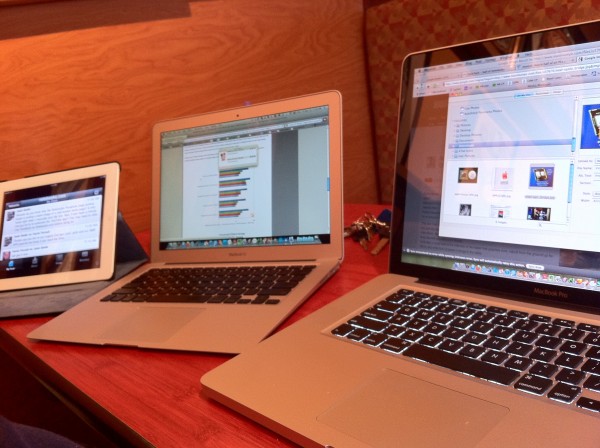 All day computing on the go with MacBook Pro, Air and iPad 2

Finally, I now have the ability to compute all day long if I need it. I can actually load up my MacBook Pro and my MacBook Air in a computer bag and go. When one runs out of battery life I can pull out the other. The MacBook Air is that small and light that I don’t notice the added weight, especially since the two combined are still lighter than my previous HP system with the extended 12-cell battery. Combined I have 8-9 hours of battery life.

This is a more expensive option. My MacBook Pro was $300 more than the iMac and probably a thousand more than a Windows desktop. But already, after a little more than a week, I am noticing the difference. It is cooler, faster, more versatile and more reliable than the iMacs I had. And it may just be because its new and different, but I really like using OS X. There are some challenges of getting used to it, even after six months of use. But now I can run both Windows and Mac. You can’t do that with an HP or Dell desktop. And you can’t take an iMac on the road.