How To Watch March Madness Basketball on the iPad, iPhone and iPod Touch

This year one exciting new change with the CBS coverage is there streaming Internet video will be available not only on your computer, but also on your iPad through the NCAA March Madness On Demand app. 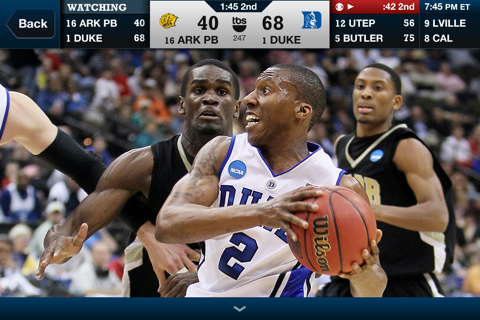 The universal app also works on the iPhone and iPod touch and will offer the following:

The above app offers access to the official NCAA March Madness Bracket Challenge, a fun game where you try to predict who will win each game in the tournament. This is part of what makes the tournament fun. After this Sunday the brackets will be populated with the actual teams. But get the app now to be read to watch the selection show and put your choices into the app to see if you have a future as a college basketball prognosticator.

Below is this year’s highlights video to get you all juiced up for the coming action: