When you’re looking for a new notebook the specs matter, but another factor that is often overlooked is the build quality. In order to help you find your next notebook or laptop we’ve boiled down everything you need to know about finding a sturdy consumer notebook into the 30 second video below.

How to Tell if a Notebook is Sturdy in 30 Seconds:

Five Steps to Finding a Sturdy Notebook or Laptop:

One Hand Hold: The first test is to lift the notebook by the front corner and see how it feels. Ideally, it shouldn’t have a lot of flex and should feel as close to being one piece of material as possible. It doesn’t matter if the device feels off balance, you’re just looking to see if there is any flex or “off” feelings. 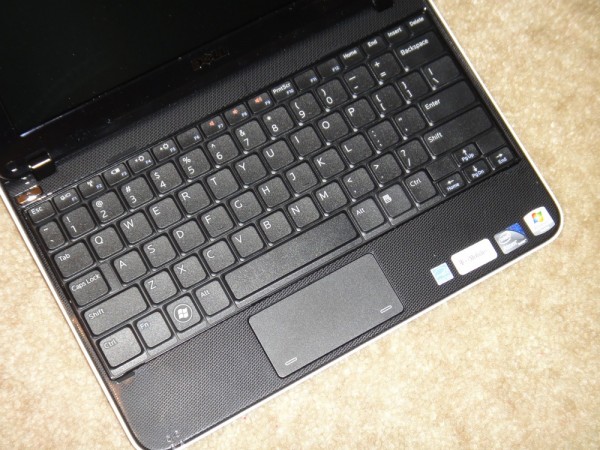 Keyboard Push: Next, set the notebook back down on the shelf and apply mild pressure to the middle of the keyboard area. You want relatively little flex in this area. If the keyboard flexes too much, it points to a poor typing experience and is usually an indicator of poor build quality.

It Hinges On This: Strong hinges are another thing to look for. To test the hinges, first open and close the laptop a few times to see if the hinges feel strong. The lid shouldn’t be hard to move, but it should stay where you put it and if you move the laptop by holding near the keyboard the display shouldn’t move too much.

This is a good time to open the notebook up and make sure it opens enough to allow you to work in various settings. In general notebooks open more than they used to, but some budget notebooks still have hinges that prevent them from opening enough. To figure out how far your laptop should open, put a laptop on your lap and see how far back you want the screen on your couch, in the car or at a table. Test this out at home with your current laptop and you’ll get an idea so that you can simply open the notebook up in the store without trying to hold it on your lap.

Closing Time: After you’re done opening the notebook, close it and let’s make sure it stays closed. If you hold the area near the hinges, like you would if you were carrying the laptop at your side, make sure the lid doesn’t bounce around too much at the top. If the lid moves around too much, it can allow random items from your backpack to slip inside and do some real damage. Not to mention, it’s annoying to have your notebook make a “clap, clap, clap” noise as you walk down the hall.

Display Distress: Place your hands on each side of the display with your fingers extending along the backside towards the middle. Apply a small amount of pressure to see if the display bends in the middle. Some flex is to be expected, but you want to get a feel for how sturdy the display is. If the screen bows like a wet noodle you may want to look elsewhere.

To get a good idea of what you ideally want, try it out on a ThinkPad from work or on a MacBook Pro which both typically have a very sturdy display. Again, you aren’t looking for something that’s as solid as a rock, but you don’t want an easy to bend or break display.

One of the reasons you are testing this is to see how the lid will hold up when you put the notebook in a book bag and it is getting pressure from your back and from a load of books. If the display is strong enough, it won’t lead to those key indents that show up on the screens of some notebooks over time.

The steps we’ve outlined above will help you find a notebook that is sturdy and should be able to handle the hazards of use around the home or at school. If you are looking for a military spec rugged laptop, you won’t find it on the shelves of Best Buy, but instead will need to look in the small business section of HP and Dell. For a premium you can get notebooks which are rated for a drop from a table, able to handle a spill and more. The Panasonic ToughBooks, HP EliteBooks and Dell Latitude workstations offer higher levels of durability and ruggedness, but come at a price premium, but it’s worth it if you are taking your laptop into dangerous environments — such as working in the field, heading to the battlefield or keeping it in a house with an adventurous 3 year old.