After weeks of testing, I’m quite impressed by its speed and accuracy. In fact, I recently dictated an entire document using Dragon NaturallySpeaking 12. The program successfully recognized nearly every word and punctuation mark I threw at it. I still find it challenging to remember all the commands that I can say for document editing and operating system control. However, the new Dragon Sidebar helps users learn the program faster.

Some of the new features that version 12 brings includes the following.

Dragon NaturallySpeaking 12 adds support for the online email services like Google and Hotmail. The program integrates with the user interface of both webmail services. It works well with Gmail. I don’t use Hotmail, but I’m told it behaves the same. Since the webmail tool runs online, it gets an update soon after Google or Microsoft releases updates to their services.

Voice dictation software users want speed and accuracy above all other features. Dragon truly shines, delivering accuracy better than any other version to date. My review of the Mac version, Dragon Dictate, found that the program suffered from a memory leak that Nuance fixed in version 2.5. Dragon NaturallySpeaking 12 doesn’t suffer from any lag or sluggishness so long as the user installs it on a sufficiently powerful system. Most computers purchased in the last few years should work. I tested on a 6-year-old HP laptop and it worked, but not well. On a recent model Toshiba with a latest gen Intel Core i7 processor and plenty of RAM it worked great, putting text onscreen almost instantly after I dictated it. 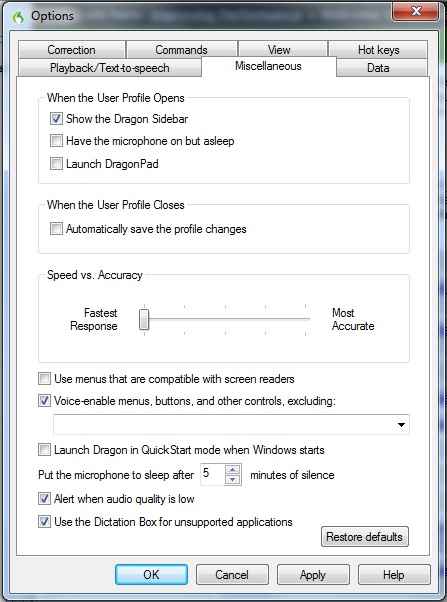 The user can reduce the speed setting for lower powered systems 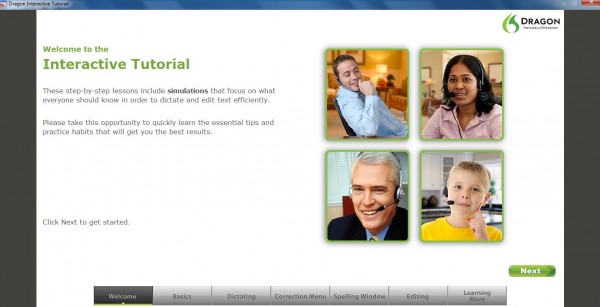 Dragon NaturallySpeaking 12 does require a time investment to learn operating system voice commands. The new version gives the user better correction of text using voice commands. That’s where the new Dragon Sidebar and introductory tutorial helps. Be sure to go through the tutorial. Users who struggle with the new correction system added to this version will want to practice.

Dragon NaturallySpeaking 12 is an investment, at $199 for a new user and $149 to upgrade from earlier versions. Last year an injury forced me to use voice dictation, making the price an easy decision to maintain productivity. Some people need voice dictation all the time due to a physical impairment. The rest of us must to decide if dictating out loud in an office or crowded environment will embarrass us. Those who work by themselves at home or in an office will benefit from this excellent upgrade.

Users of older machines might want to pass on version 12. It’s a little too beefy and needs a powerful system with a current generation processor.