The Dell XPS 15z is a new take on high-end notebooks by Dell. The first notebook in the XPS z series takes numerous styling cues from the MacBook Pro. While one of the nicer looking PC notebooks and powerful enough, it is no MacBook Pro. That doesn’t mean the XPS 15z can’t hold its own, though. Read on to find out how this sexy-looking notebook performs. 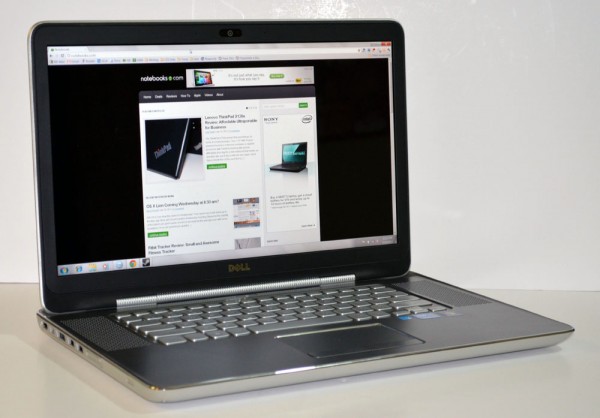 The Dell XPS 15z is a high-end machine that should interest media professionals and students looking for a powerful and stylish notebook at a lower than MacBook Pro price. The price puts the XPS 15z out of the reach of many buyers, but for anyone in need of a good-looking Windows notebook, the XPS 15z is worth a look.

Dell focused heavily on the design of the XPS 15z, showing a renewed desire to deliver a sexy notebook. The looks take a lot of styling cues from the MacBook Pro, but up close you’ll notice that this is clearly not an Apple product.

We aren’t sold on the “look at me” barrel hinge, but the rest of the notebook looks great. More importantly, it feels great. The speaker grills and vents don’t look like an afterthought, but an actual design element worthy of the sound that comes out of it. The very soft plastic palmrest feels good even during extended use. The chrome keys, edges and aluminum exterior come together well, showing considerable thought on Dell’s part.

As far as build quality goes, the XPS 15z is impressive. Most consumer notebooks are nowhere near as sturdy as the 15z. We could barely flex the base of the unit and found a similarly rigid display. The build quality flowed throughout the notebook from the middle of the keyboard to touchpad buttons. 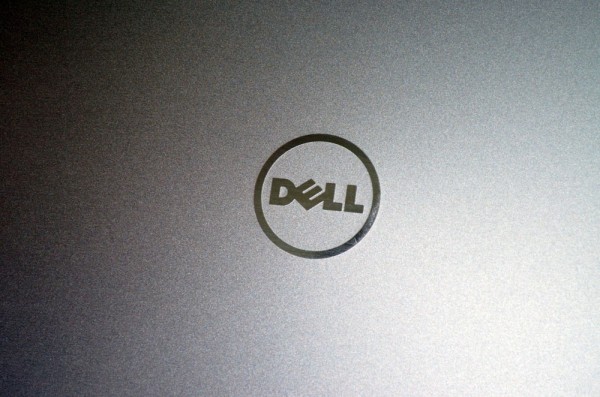 Design – The XPS 15z is the thinnest 15″ Windows PC (still thicker than a MacBook Pro) and a great looking notebook, especially for a Windows PC. 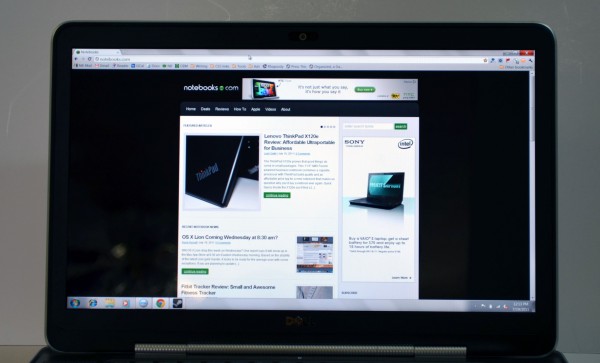 The XPS 15z we have in for review comes with the amazing 1080P HD Display option, which is awesome. The ability to view two documents, web pages or projects side by side anywhere you go, on a notebook thin enough to be portable, is great.

The viewing angles are very good side to side, enough so that you could share a movie with two friends on your next flight without any trouble. The vertical angles drop off quicker, but didn’t get in the way during our use on a table, lap or countertop.

Colors looked great and while the glossy display will kick back some reflections, it’s not the glossiest we have seen. The display has an ambient light sensor which adjust the brightness based on your surroundings. The changes can be dramatic at times, but we enjoyed the adjustments for the most part.

The island style keyboard has good spacing (although it has relatively flat keys and an easy to hit caps lock) and overall offers a very good typing experience. The backlighting is also a welcome feature, as that allows us to work anywhere we are. The backlight can be controlled with a function button, or set to automatically light up when you need it. 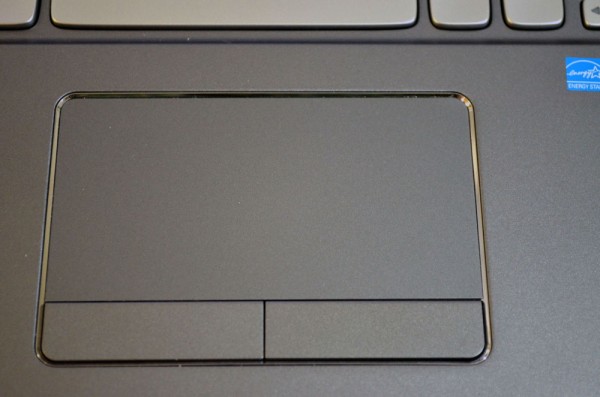 The touchpad is large and offers precise mousing with support for 2-finger gestures and two finger scrolling. In all it performs well, but is way too close to your right palm. Even while trying to keep our palm away from the touchpad, we couldn’t get through the past 3 paragraphs without 4 to 5 misplaced words. We looked, but couldn’t find any palm rejection settings in the Cypress touchpad settings.

Thanks to the laptop’s beast of a processor, a Core i7 capable of Turboboost speeds up to 3.4GHz, we never had to wait on this notebook to catch up with what we were doing. From standard web browsing with multiple flash tabs open to editing videos on Sony Vegas the XPS 15z delivers.

For most users there will be excess power here, but for creative types the 8GB RAM and high-end GPU won’t leave you wanting for media creation or playback.

Movies look great on the 1080P display and the 15z has the horsepower needed to display them in all their glory. Local 1080P trailers looked great as did the 1080P YouTube version of Dark Knight Rising.

We booted up Portal 2 to test out the gaming chops on the 15z and were impressed with the quality of our surroundings. The environment was detailed and as gloomy as Portal can be, but colors popped and the fire looked great as we moved through the crashed facility. We didn’t run into any lag or stutter while playing, and relished the chance to get another level of Portal 2 under our belt. This may not be an Alienware notebook, but it will meet the needs for many enthusiast gamers. 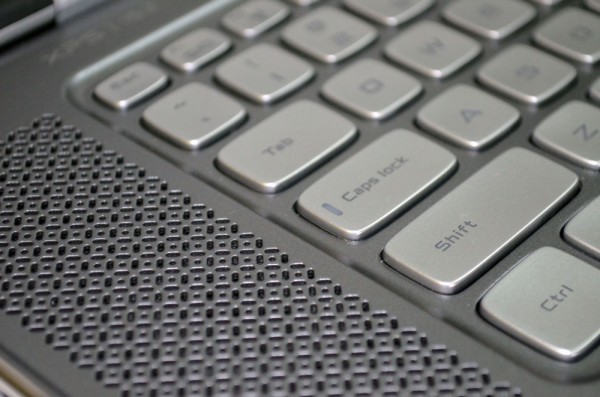 The audio is one of the highlights of the XPS 15z, which was a bit of a surprise to us. The Waves MaxxAudio pushes out an incredible audio experience, even though there aren’t premium speakers tucked under the pretty speaker grilles.

Highs and mids left us impressed with crisp sounds throughout the listening experience. When we cranked up the MaxxBass we even heard a hint of the low-end.

Though nothing you would confuse with the noise you get from a dedicated subwoofer, it is impressive in a mobile package. The sound system filled our one bedroom apartment with volume to spare.

The XPS 15z is one hot notebook, and not just in looks. The fan is rather quiet, but perhaps it could be louder, something we could tolerate if it meant a cooler experience. After a few hours of use the palmrest, specifically the left palm area, was warm enough to make out wrist sweat.

The base of the notebook was also quite toasty, but not until after we played 15 minutes of The Daily Show on Hulu. During normal use the heat was just enough to be annoying, but after watching video the palm area was warm enough to make us take our hands off. 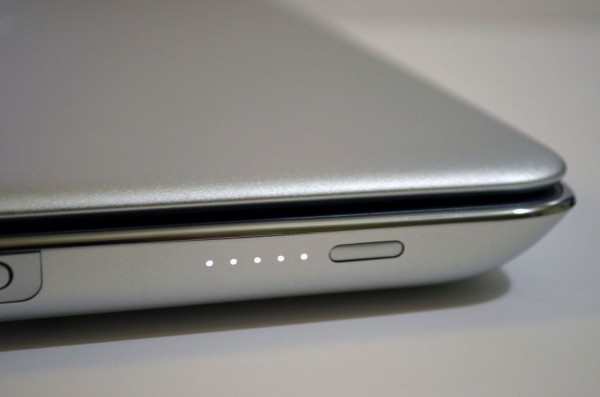 We tested the XPS 15z battery, which is rated for over 8 hours, with a battery test that simulates web surfing with the display set at 40% brightness. The Dell XPS 15z was only able to eek out 5 hours of battery life under these settings.

This isn’t awful, but we expect more, especially with a battery rating over 8 hours. There were a few times we were caught without power when we took the 15z out for a quick afternoon coffee.

The battery is not user replaceable, so you will need to carry a power adapter instead of a second battery. We do like the battery meter, which makes it easy to see how much battery life you have left before running out the door.

The XPS 15z is a pro-sumer level machine, which carries over into the ports and connection options. Be warned that there is no VGA connection, but there are more than enough alternate connections available.

Dell XPS 15z back side ports

The built in webcam does OK in low light, but you won’t be able to make out colors very well. In our test of the video camera the image was above average, but there was a loss of color in low light situations. Audio via the built in microphone was clear to our caller and the audio from the call was loud and clear on our end.

The XPS 15z comes with a collection of pre-installed software, some good and some bad. On the good side is the Dell Stage software which brings widgets and your media to one place for easy access from the main display, in a manner that looks great when you connect to a big screen. We liked the movie stage “app” which lets you browse new releases and buy or rent them at competitive rates. We also like the Dell Photo “app” which can connect to Facebook and Flickr for a beautiful way to look at your photos.

Sadly, there is also a trial of McAfee which pesters you to no end, asking you sign up with screens that don’t even have a close button on them. On the desktop there are also links to eBay and My Identity Protection, but those are easily deleted.

The Dell XPS 15z is a higher priced notebook, but the specs, performance and style come together to offer a good value for your money, especially on a Windows notebook. 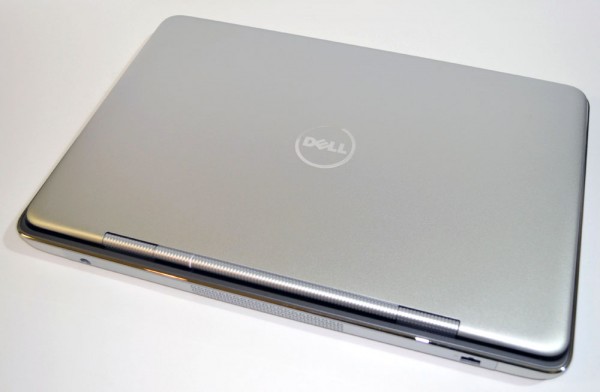 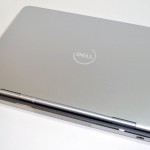 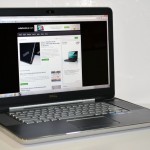 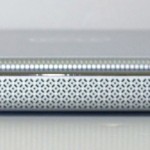 Dell XPS 15z back side ports 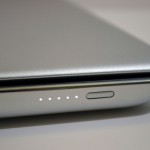 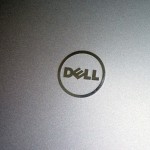 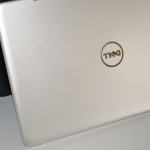 Another look at the XPS 15z 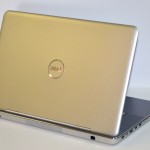 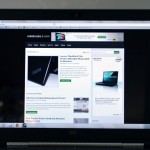 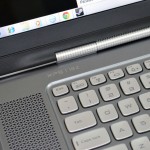 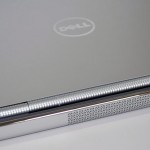 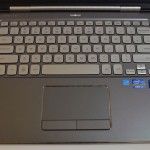 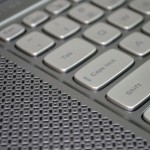 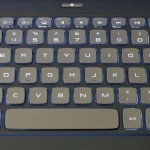 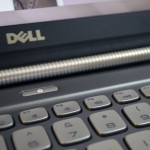 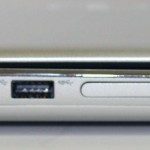 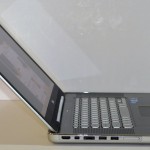 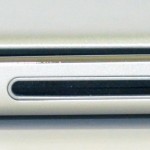 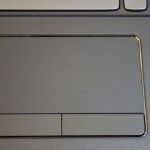 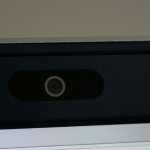