The popular and capable HP Pavilion dm1z is getting ready to head to the office in the form of the business ready HP 3105m Mini Executive. The HP 3105m looks to be a business version of the dm1z that brings greater customization options. 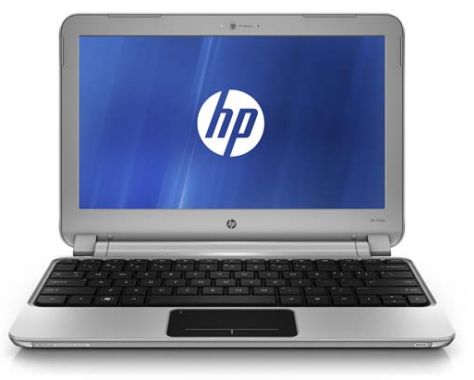 The news comes from Notebook Italia which found the HP 3105m Mini Executive spec sheet online and shared the news. While business class and consumer notebooks don’t typically mix it up like this, it’s not surprising to see that HP is looking to offer some competition to the Lenovo x120e ultraportable mini notebook.

The HP 3105m Mini Executive is said to use the AMD Fusion E350 processor with an AMD Radeon HD 6130 GPU and can be configured with up to 8GB of RAM. The 11.6″ display has a 1366×768 resolution and the notebook comes with a 97% full size keyboard that is spill resistant to survive small spills.

We have seen a similar configuration in the 15.6″ Gateway NV51 series which has a very capable performance. The new AMD Fusion processors are able to do much more than your standard Intel Atom processor found in most netbooks thanks to the built in graphics solution. Additional business options include more operating systems including FreeDOS, up to 7200RPM hard drive options and Bluetooth 3.0 as well as 3G connectivity.

Both the original HP Pavilion dm1z and Lenovo ThinkPad x120e took home Best of CES awards back in January, and we expect the business ready HP 3105m Mini Executive to carry on the tradition of the dm1z.

You can see the HP 3105m Mini Executive notebook specs on the PDF on HP’s website.