How To Get The Most Out of Your MacBook Battery

The new MacBook Air I am enjoying had one major problem. Actual battery life was way below the advertised seven hours that Apple claims the 13.3-inch MacBook Air is supposed to be able to achieve. Lately Apple has been very accurate on their estimates of battery life. So I was shocked when I was only getting 3-4 hours at best even under optimal settings (Wi-Fi only only when necessary, no Bluetooth, no USB ports used and screen brightness below 40%).

I began to do some investigation and it turns out that the problem can be that your battery needs to be calibrated– a process of draining and charging the battery in a series of steps. Some web sites claim it isn’t necessary, but it worked for me. I went from 3-4 hours of battery life to closer to the seven hours with the screen at about 70% brightness and Wi-Fi on all the time. Bluetooth was still off much of that time.

There were a number of sites that have the step listed, but the first one I found was eHow. The steps come from an Apple support page.

They are (from Apple) as follows:

To calibrate a portable computer battery: 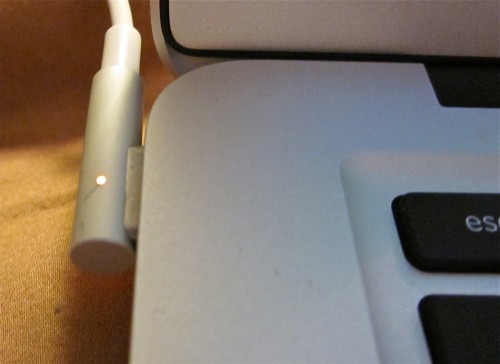 During this process feel free to use the MacBook during each step except for the last one obviously. I read on a couple of sites that said that all of these steps were not necessary. But I can attest that these steps worked for my MacBook Air and it is the recommended method suggested by Apple.