When Dell first introduced the XPS 13 it did so to a market that had already been dazzled by the wonderful build quality and excellent battery life of the MacBook Air. Though Dell scored a win with it mostly thanks to the great internals and durable materials it used in the ultrabook’s design, it mostly won over users because it was simply one of the best Windows ultrabooks around.

Now, more than a year since GottaBeMobile’s last comparison of the two devices, Apple has returned with a new and improved MacBook Air that addresses the shortfalls of last year’s model. Meanwhile, Dell has released an update of its own. 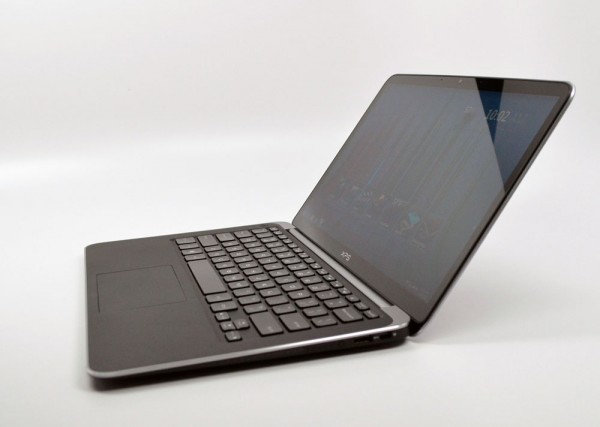 Starting at $1049, the Dell XPS 13 ships with a fourth generation Intel Core i3 processor, 4GB of RAM and a 128GB Solid State Drive. Because it’s based on Intel’s latest chipsets and graphics systems, the new XPS 13 is able to last a longer than last year’s model. Unlike last year’s model each new XPS 13 configuration also includes a high-definition 1920 x 108 display. Users can replace this display with a touchscreen for $250 more.

On the opposite side of the spectrum, the 13-inch MacBook Air ships at $1099 and includes 13 inch LED display with a resoluftion of 1440 x 900 pixels. Its Intel Core i5 processor has a clockspeed of 1.36 GHz. Due to it being based on Intel’s new Haswell chipsets users can expect as much of 12 hours of battery life, besting the new XPS 13’s more modest 7 hours of battery life. The device comes with a 128GB SSD and 4GB of RAM.

Dell hasn’t done a single thing to its XPS 13 casing, as far as looks are concerned. The same goes for the Macbook Air. This year’s MacBook Air is just 0.68-inches thick, 12.8-inches and 8.94-inches in depth, that’s still completely seriously thin. All of that weighs just about 2.96 pounds, making it crazy light.

By comparison the Dell XPS 13 is 12.4-inches x 8.1-inches and .71-inches thick, with a heft of 2.99 pounds. As such it is slightly smaller and heavier device than the Macbook Air. It’s likely that the new XPS 13 owes the added weight to the Gorilla Glass that covers its 13-inch display.

Both are premium products, with a premium feel. In lieu of the edge to edge aluminum of the MacBook Air, the carbon fiber bottom of the XPS 13’s checkered pattern and tapered design give it a great sharp design. This design isn’t just a copy of the MacBook Air. That said, it’s clear that Dell had its eye on the MacBook Air when initially designing the XPS 13.

Both operating systems are fairly competitive, so users should choose thee one that best integrates with the devices they already own. For example, iPhone and Apple TV users might be better served by the MacBook Air. Xbox One and Windows Phone users might want  to stay within Microsoft’s ecosystem and pick up the new XPS 13.

The new Dell XPS 13 is a great device for Windows users who place value on decent battery life and a touchscreen. That being said, at $1,299 the new XPS 13 with a touchscreen manages to be more expensive than the Macbook Air. That isn’t a good thing considering how close the specs of each machine come in. Users can opt for the $1,049 base XPS 13 though.

On the other hand, the MacBook Air just hasn’t evolved much in the last few years. It’s still thin, it’s still aluminum and it’s still a lovely device with a great glass trackpad. As it also includes awfully similar specifications to the new XPS 13, its $1,099 price tag, Max OS X operating system and Apple design make it unique.