QuickShot is a camera app that immediately uploads photos taken with the iPad 2 camera to DropBox. You can offload those photos for use in other places faster than syncing the iPad 2 to iTunes. This simple and useful app is this week’s Notebooks.com iPad App of the Week. 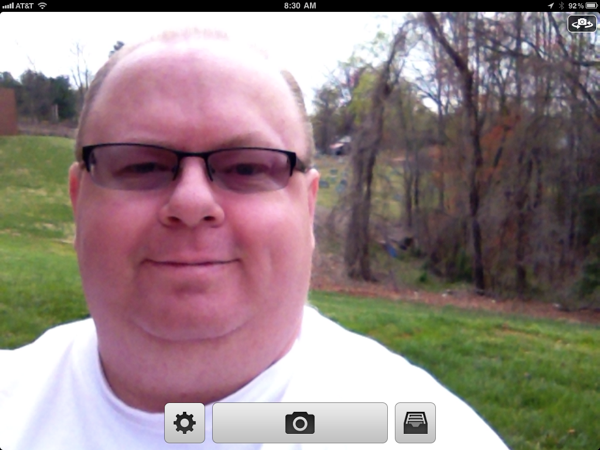 QuickShot is a great photo app that uploads to DropBox

Open QuickShot and it immediately engages the rear facing camera. In the upper left there is a button to switch to the front facing camera. The front camera is not as good as the rear camera, which isn’t saying much since the iPad 2’s rear camera is not that great either. We haven’t found an app that overcomes that, but as photographers say, the best camera is the one you have with you. If you take your iPad everywhere like we do, then QuickShot and the iPad 2 camera can be quite useful.

At the bottom center are three buttons. The middle button is the shutter release. Tap it and the photo is taken and immediately uploaded to DropBox. DropBox is a freemium backup and syncing service. Install it on all your computers and any files in the special DropBox folder will be synced. There is also a free DropBox iPad app. The iPad app allows users to access their online backups on the go. DropBox is free if all you need is 2GB of storage. More storage costs more. 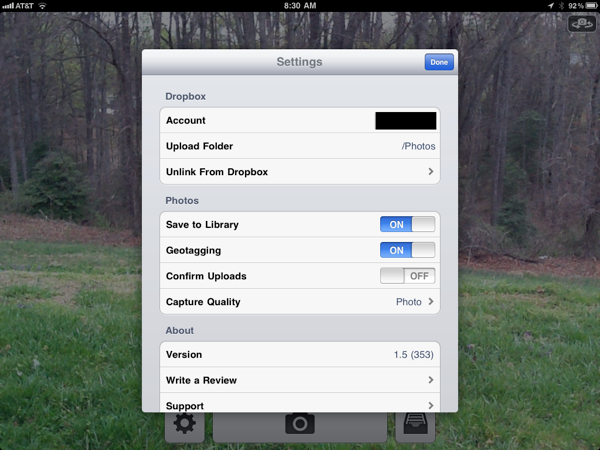 QuickShot settings box is where you enter DropBox account info

In QuickShot, use the bottom left settings button to store your DropBox account information. You can select which folder in DropBox to use to store the pictures. From the settings screen you can also choose whether to save the photos to the iPad’s Library also called the Camera Roll. QuickShot supports geotagging. Geotagging is used to attach the GPS location data from the built-in GPS of a 3G version of the iPad. Either of these settings can be toggled on or off. 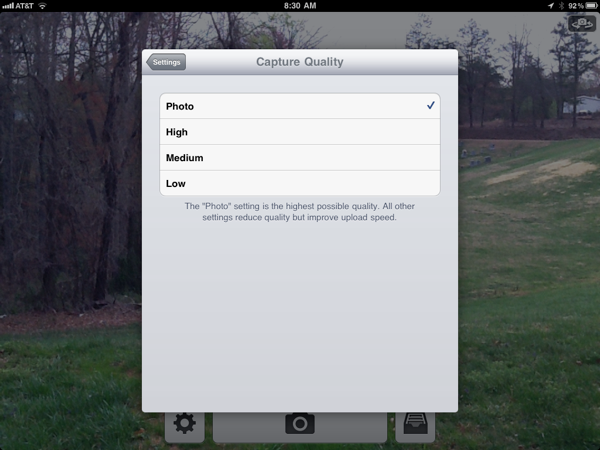 There is an option for confirming when the upload succeeds. We turned that off because it slows your shooting down. The last setting is Capture Quality. The options are Photo, which is the highest setting, High, Medium and Low. Those labels are a little confusing, but they explain it in the text below the settings box. Unless you are starved for space or on a really slow data connection, we recommend you choose the Photo quality setting to get the best photos. 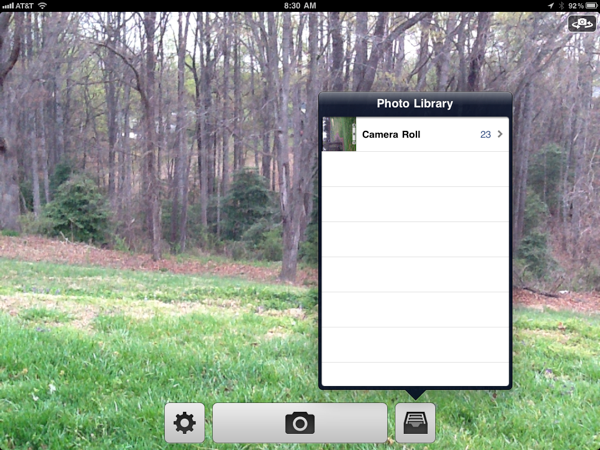 The third button at the bottom of the screen is used to access the Camera Roll on the iPad. In the upper right corner of the pop-up is a share button. Tap it and then select which photos you wish to upload to DropBox. Hit upload and you have a quick way to upload photos taken while the iPad was out of range of Wi-Fi or a good 3G connection.

Below is our video demonstration of QuickShot:

We love this app and use it over the built-in camera the majority of time. It is fast and simple to use. The resulting pictures are as good as those taken with the built-in camera app. And the $.99 price is a steal. It is great for taking quick snaps of documents while at a meeting. The DropBox feature means you can store the documents for later use. With the DropBox app you can also open the snapshots of the documents and export them to other applications for markup.