The Dell XPS 13 Ultrabook is now available with a 1080P Full HD display, new processors and more storage, wrapped up in the same sleek package we saw last year, and at competitive prices.

Dell took everything we loved about the Dell XPS 13 Ultrabook and improved on it for 2013, which means it remains one of the best Ultrabooks on the market, even as it competes with Ultrabook convertibles and a new generation of MacBook Air notebooks. 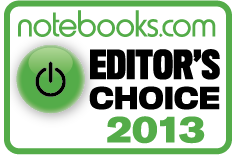 Because the Dell XPS 13 Ultrabook is one of the best Windows 8 ultrabooks available, we gave it a Notebooks.com Editor’s Choice Award.

The updated Dell XPS 13 isn’t a perfect Ultrabook, but thanks to the high-resolution display, an improved trackpad and great looking design, it should be at the top of the list for any Windows 8 notebook shopper with a budget over $1,000.

There is no touch screen option and Dell still doesn’t offer an SD card reader, but if we held out our search for the perfect notebook we’d never find one.

The Dell XPS 13 is a Notebooks.com Editor’s Choice winner.

Watch our Dell XPS 13 review video to see how the XPS 13 compares to the MacBook Air in size and how much of a difference the XPS 13’s new 1080P HD display makes.

Who is the Dell XPS 13 Ultrabook for?

The Dell XPS 13 Ultrabook is designed for Windows 8 users looking for a compact, thin and light notebook with long battery life and style that can compete with the MacBook Air. The new 1080P HD option makes it attractive for users who want to work on multiple documents or Windows at the same time. The design makes the XPS 13 as attractive as the MacBook Air, which is important to many notebook users, looking for a Windows alternative to the popular Macbook Air series.

Professional users will enjoy the 1080P HD upgrade as well as the option to configure the notebook with an Intel Core i7 processor. Some users may find the 8GB RAM and 256GB SSD maximum options too low.

The Dell XPS 13 is a thin-and-light Ultrabook that looks good.

The Dell XPS 13 is made from anodized aluminum and carbon fiber, which makes for a well-built notebook that feels like a premium product. The soft touch of the carbon fiber carries over to the soft touch palm rest and to the keys which both deliver a nice touch. Dell flanks the palm rest with a band of silver anodized aluminum that sets off the black interior of the XPS 13.

Even though the XPS 13 is compact, Dell uses thin bezels around the display to pack in a 13-inch display, which is a go-to size for many users. New in this model is the higher resolution panel.

The build quality of the XPS 13 is top-notch with a sturdy hinge and no flex in the notebook when carried, even when carried open by the front corner. 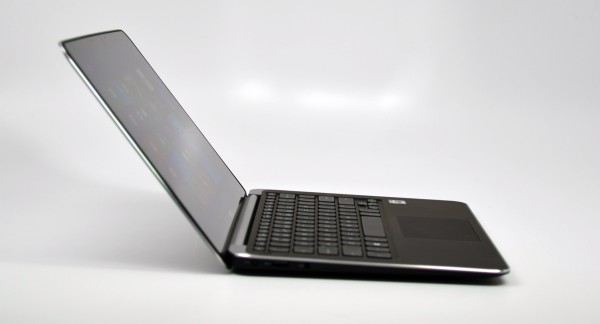 Dell packs two USB 3.0 ports, a Mini Display Port and a combo mic/headphone jack into the XPS 13. There is also a battery monitor on the right side that lets users quickly see how much of a charge is left without turning the notebook on. Users can connect to most monitors or HDTVs with a Mini DisplayPort to HDMI adapter, which runs $20 to $30. The power adapter is small, but not one users will likely find on other Dell products. 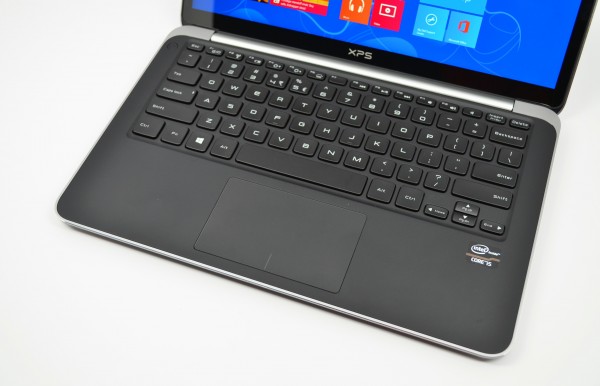 The Dell XPS 13 keyboard is backlit with good key placement.

Dell nails the keyboard on the XPS 13. The keys are large with a slight concave center that guides fingers for more accurate typing. They keys also offer good travel, the distance a key moves when pressed, something that usually suffers on thin-and-light notebooks. The keyboard is backlit with even backlighting.

The good build quality ensures that the keyboard is not mushy while typing, even on the center keys. Key placement and spacing is very good, making it easy to start touch typing on the XPS 13. Users will appreciate the empty areas around the arrow keys and good size of the backspace and shift keys. 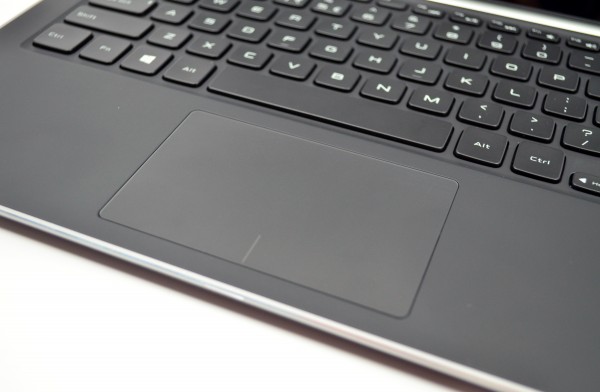 The glass touchpad on the Dell XPS 13 performs better than it did when we looked at the XPS 13 a year ago, likely thanks to better software. The touchpad supports Windows 8 gestures, but occasionally struggles with recognizing a swipe in from the right while in Desktop mode. This may be something Dell can fix as the gesture performs quickly and reliably in the new Modern User tile based view.

Dell fixed the click zones, so it is easier to left click by tapping or clicking almost anywhere on the touchpad. There are still errant right clicks, but the frequency dropped as we used the XPS 13 more. 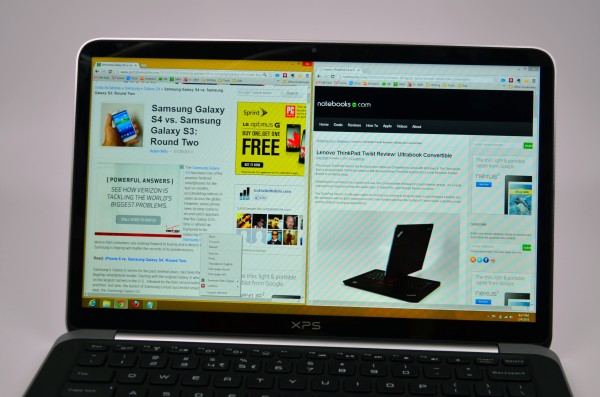 The star of the XPS 13 update is the option for a 1080P HD display. The 13-inch 1080P display is available on the XPS 13 starting at $1,299, and is worth the price premium for mobile users who count on a high-resolution display to work in multiple apps while mobile.

Also included is an ambient light sensor that automatically dims and brightens the display to maximize visibility and battery life based on the user’s environment.

The Dell XPS display looks good at an angle too.

We found the 1080P HD display made it easier to be productive on the 13-inch display, and found noticeably more workspace than is available on the 13-inch MacBook Air. The font size is small for some users with such a high-resolution, but it is possible to zoom in for larger fonts.

Viewing angles and brightness are good, making it possible to share the XPS 13’s screen with a friend and to use the notebook in bright light.  The notebook’s display is rated at 350 nit.

The Dell XPS 13 includes a number of features to improve the user experience. The following XPS 13 features range from consumer friendly to corporate user required.

Voice Control – Dell includes the option for Nuance Voice control to allow users to control the notebook with their voice. Voice recognition is in beta at this time, but users can opt to download it from Nuance.

Linux Option – Dell’s Project Sputnik offers a Linux option of the Dell XPS 13, should soon include the 1080P HD display. 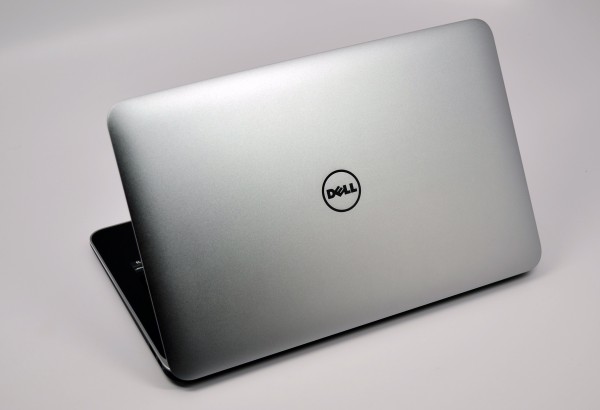 The XPS 13 as configured delivers enough power to meet the needs of most computer users, running multiple web browser tabs and windows, Office apps, playing music and running chat programs without slowing down.

Intel integrated graphics limit the gaming appeal of this notebook, but it can handle casual games and some more resource intense games, such as Portal 2. The notebook is also capable of editing photos and short video clips, but power users who plan to edit long videos every day should look for a notebook with dedicated graphics.

The Dell XPS 13 is capable of streaming movies in HD without stuttering and it does not get overly warm while streaming video.

The Dell XPS 13 is capable of lasting all day under real world use, something we haven’t found in many Windows 8 notebooks. The Dell XPS 13 lasted 8 hours and 25 minutes with simulated web browsing in FireFox with the screen at 40% brightness.

This is long enough for most users to leave the charger at home or work for a more mobile experience. Users cannot replace the battery, so battery life cannot be increased with a spare.

The Dell XPS 13 is a great Ultrabook.

The Dell XPS 13 is a great Ultrabook that delivers a lot of features in a small package. With a starting price below $1,000, the XPS 13 delivers serious value to shoppers looking for a good looking, powerful Ultrabook.

Power users should consider the $400 price bump to get a 1080P HD display, double the RAM and double the storage, which still leaves the XPS 13 priced competitively with a similarly configured MacBook Air 13-inch. At the entry-level, the XPS 13 is comparable to the 11-inch MacBook Air on price, but offers a larger screen. 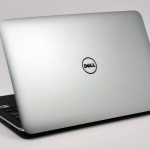 The Dell XPS 13 is a Notebooks.com Editor’s Choice winner. 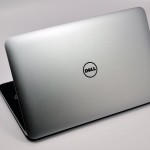 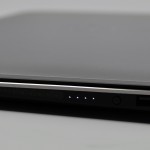 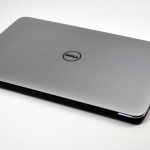 The Dell XPS 13 is a great Ultrabook. 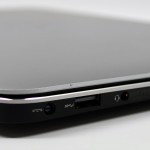 The Dell XPS 13 is a thin-and-light Ultrabook that looks good. 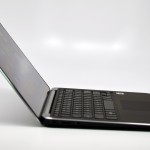 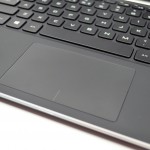 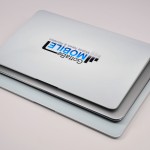 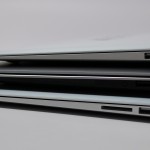 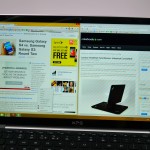 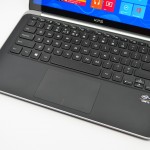 The Dell XPS 13 keyboard is backlit with good key placement. 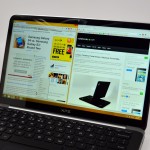 The Dell XPS display looks good at an angle too. 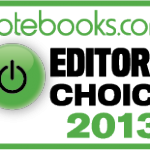