The Dell XPS 14z is a step above the standard Dell notebook, but it comes with an attractive $799 starting price that puts it within the range of students and creative professionals on a budget.

The XPS 14z is thin and light, but unlike most notebooks in this category and the new Ultrabooks, the XPS 14z includes an optical drive.

Even though the XPS 14z starts at $799, it is a very capable notebook that includes features like a backlit keyboard, battery meter and great sound. The keyboard is mediocre and there are only two USB ports, but the XPS 14z is still a contender.

The Dell XPS 14z is a notebook for creative professionals and students in need of the horsepower to create movies and use programs like Photoshop and other Adobe products. The design is very similar to the MacBook Pro, which isn’t a bad thing, and will attract users who value a good-looking notebook with the specs to get work done.

As I mentioned, and as most people I showed the Dell XPS 14z to mentioned, the XPS 14z looks a lot like the MacBook Pro.

The Dell XPS 14z reminds us of the MacBook Pro.

The notebook has an aluminum case that feels good to the touch. When you open the XPS 14z, you immediately notice the barrel-shaped hinge that catches your eye where the display meets the notebook base. This hinge is sturdy, but because of the placement you cannot open the display too far.

The palmrest is thankfully not aluminum, instead it is a softer, nicer to the touch material that feels more comfortable than the palmrest on my MacBook Air.

There are speaker grilles on both sides of the keyboard, cut with a pattern that you also see on the base of the unit. 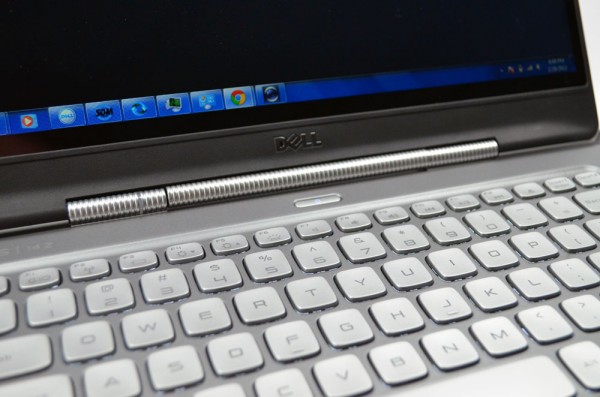 The barrel hinge limits how far you can open the display.

The Dell XS 14z is slightly wider than the MacBook Air 13, even though it has a 14 inch display. This is thanks to the very small bezels around the screen.

The XPS 14z weighs 4.36 pounds and measures in 13.2 x 9.2 x 0.9 inches, which puts it out of the Ultrabook category, but still in competition as a thin and light notebook with power inside. Plus, it has an optical drive.

Most of the Dell XPS 14z's ports are on the rear.

Dell places most of the ports on the back of the XPS 14z, including Ethernet, USB 3.0, USB 2.0, HDMI and DisplayPort. There is an SD card slot on the left side as well as microphone and headphone jacks.

The Dell XPS 14z keys don't offer much travel and could provide a better typing experience.

The Dell XPS 14z keyboard is disappointing for several reasons. The keys feel cheap compared to the rest of the notebook and offer very little travel. Key placement is excellent with no odd sized keys, but backlighting is very poor.  I ended up turning backlighting off because it lit the keys unevenly, making it hard to see the R, D, C and I, K, M keys. 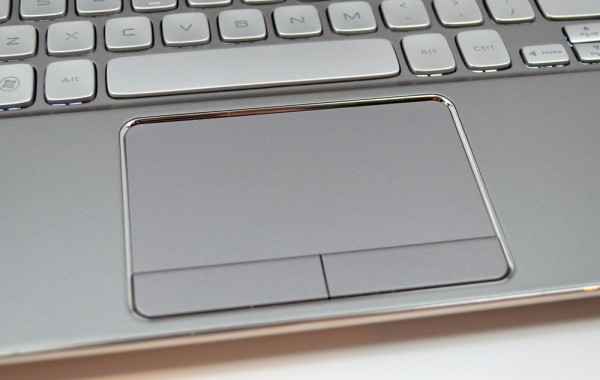 The Dell XPS 14z's touchpad is surprisingly good for a Windows notebook.

My palm often moved the mouse with the default settings, but after increasing Palm Check, I was able to type without worrying about errant cursor movement. This is very important given the size of the touchpad and the likelihood that your right palm will touch it when typing. 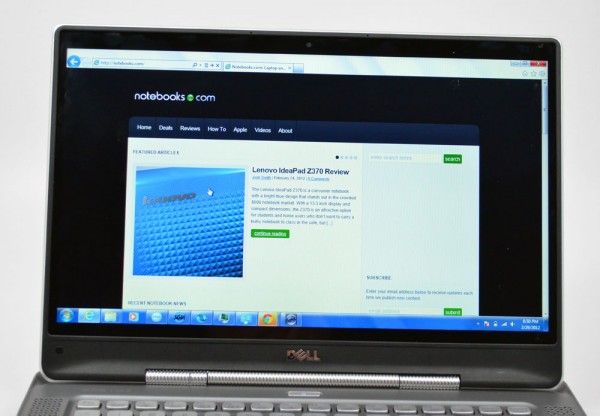 The small bezel around the 14 inch display allows the XPS 14z to stay compact, but unfortunately the display has a lackluster 1366 x 768 resolution. This limits how much you can do on the screen at once, and is an issue for users who want to take advantage of the power to work on photos and edit movies.

Viewing angles are limited by the glare that quickly gets in the way when you move to the left or right of the notebook. Even with the limited range of the display, the vertical viewing angles are good enough that you’ll be able to find a comfortable angle in most settings.

The colors looked good overall, delivering an enjoyable video watching experience, but it is disappointing that there is no higher resolution option.

WavesMaxx – The Dell XPS 14z has WavesMaxx Audio and wonderful sounding speakers, much nicer than most notebooks.

Webcam & Dual Array Mics – The built in 1.3MP webcam offers clear images for video chatting in most settings, and the dual array microphones deliver good audio to the person on the other end.

Optical Drive – Unlike most notebooks that are thin and light, the XPS 14z has an 8X slot load DVD drive capable of burning both CDs and DVDs.

Battery Meter – The built in battery meter on the right side allows you to check your battery life without turning the notebook on.

I was really impressed with the power in this small package. I was able to run through PhotoShop tasks without any issue, and video editing on Sony Vegas didn’t strain the system thanks to the GPU and healthy helping of RAM.

The Dell XPS 14z offered speedy resume times, so you can get back to work after moving to a new location or taking a break almost as fast as you open the notebook.

The Dell XPS 14z has stylish vents that keep the notebook cool.

Through all of this the notebook was cool enough to keep on my lap, though the fan is loud enough to hear even with just a few programs open.

The Dell XPS 14z isn’t a gaming notebook, so don’t plan on playing the most intense games out there, but with the GT520M and 1GB of RAM you can play recent games with the graphics turned to lower settings. Still, I wouldn’t make this notebook my top pick if I want to do any serious gaming.

When it comes to watching the video you create, the system has the power to playback HD video locally and from sites like Netflix and Hulu without any trouble. 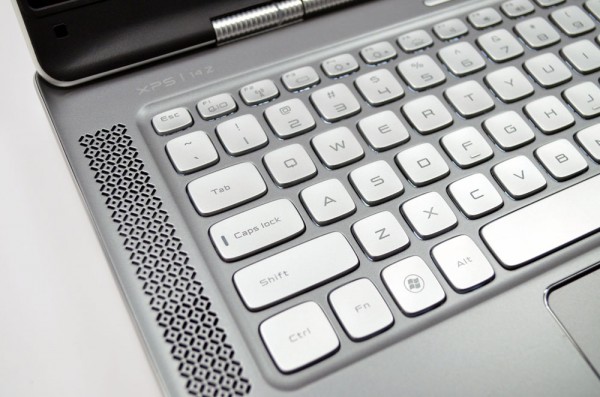 You can check the Dell XPS 14z battery life with this indicator on the right side.

The Dell XPS 14Z is rated for just under 7 hours of battery life by Dell. I used the Laptop Magazine battery testing tool, which simulates web browsing with the screen at 40% brightness and the XPS 14z lasted 5 hours and 32 minutes, which is similar to what we saw on the Lenovo ThinkPad T420s. Given the price and the specs, this is decent battery life. 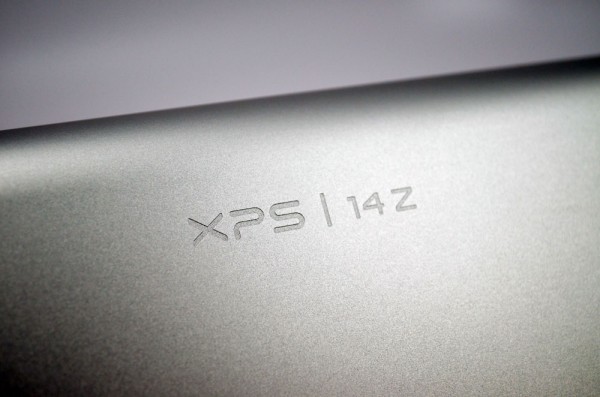 The Dell XPS 14z won’t replace a MacBook Pro, but it is decent alternative for creatives on a budget. The low screen resolution and the unimpressive keyboard are a reason to look at alternatives like the HP ProBook 5330m which offers a better typing experience, though no optical drive.

If you spend more time in Photoshop and movie editing tools than writing papers and emails, the Dell XPS 14z is a notebook you should seriously consider, especially with a $799 starting price. 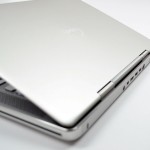 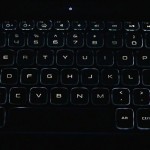 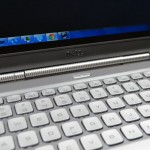 The barrel hinge limits how far you can open the display. 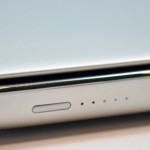 You can check the Dell XPS 14z battery life with this indicator on the right side. 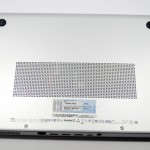 The Dell XPS 14z has stylish vents that keep the notebook cool. 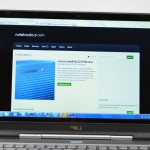 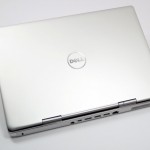 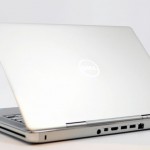 The Dell XPS 14z reminds us of the MacBook Pro. 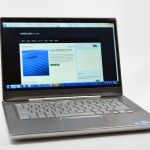 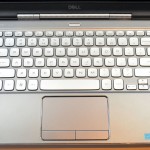 The Dell XPS 14z keys don’t offer much travel and could provide a better typing experience. 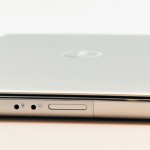 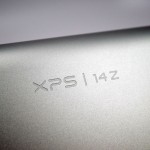 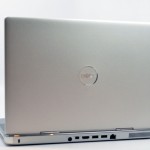 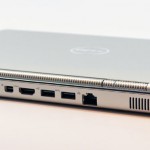 Most of the Dell XPS 14z’s ports are on the rear. 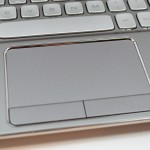 The Dell XPS 14z’s touchpad is surprisingly good for a Windows notebook. 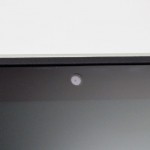 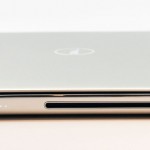 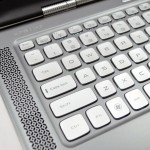 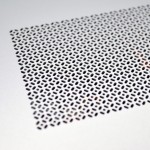