Notebook audio is always a mixed bag, and often a disappointingly muddy and quiet bag at that.

When you do hear good audio it’s usually found on notebooks designed to be stuck on a desk, but the Dell XPS 14z is able to pack in some of the best sounding speakers I’ve ever heard, in a surprisingly portable package — one that starts at $899.

I’ve spent the morning working on the Dell XPS 14z, after lusting over the Dell XPS 13 Ultrabook we’re giving away at GottaBeMobile, and I’m incredibly impressed with the sound quality coming out of this system.

The Dell XPS 14z has a few things working for it, including the large top open speaker grills which send the sound right at your head, instead of into your jeans like so many other notebooks do. Also helping out is the inclusion of Waves MaxxAudio on the system, which helps deliver better sounding audio in smaller packages. 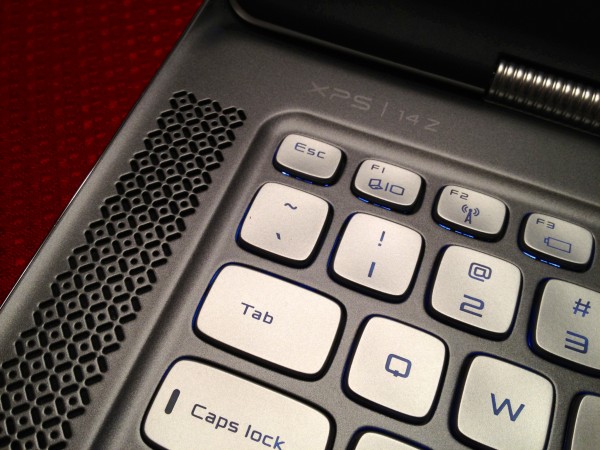 Listening to a variety of music I was most impressed with the depth and clarity of the music. While listening to 99 Problems by Jay Z and I Put Your Picture Away (Live) by Kid Rock on Pandora it was hard to believe these were notebook speakers. I could make out background sounds that don’t come through on other notebooks and on some dedicated systems I have tried out.

Volume is good, though if you want to host a house party with this system, you’ll need to connect to some bigger speakers. For a dorm room, small office or a hotel room though, you get great sounding music at a sufficient volume.

This isn’t the only system from Dell with Waves MaxxAudio included, the Dell XPS 15z which I reviewed last year also impressed. If you are looking for a great audio experience on your notebook, I highly recommend the Dell XPS 14z, and suggest checking out other Dell systems with similar setups.