There were rumors that the beta of Microsoft Windows 8 would be coming early next year, most likely in February on the heals of CES.

Microsoft has confirmed that timetable.

Microsoft released what they called a developer preview earlier this year that showed off the new Metro User Interface that resembles it’s phone operating system. Instead of 3D looking app icons, like you find on most Android devices and the iPhone, you instead get tiles of varying sizes.

The new interface certainly will be controversial. Microsoft seems to be betting their future on a touch-centric and tablet style interface. That’s great for the many people who want a tablet running Windows. With a large segment of users Android failed to impress. Many of these people will not use Apple products. I know a bunch of people want a Windows tablet, but prices and the clunky Windows tablet interface up to this point has made it a niche product. 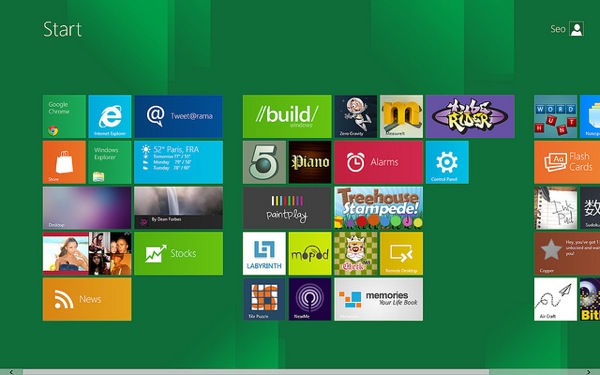 However, what if you use Windows on a desktop computer with a mouse or a laptop with a tiny trackpad? In my experience the Metro UI didn’t work well in either environment. Hopefully Microsoft figured this out with the developer preview and will find a happy medium.

The developer preview also frustrated many users who couldn’t figure out how to close apps. On a phone that might not be a problem, but when you have an app that plays music and you can’t close it, you get strange looks form office-mates or fellow coffee shop patrons. Hopefully such weaknesses will be fixed in the beta.

Based on experiences with Windows 7 and Vista betas, the Windows 8 beta should be close to feature complete, giving users a look at what the final product will be like when it finally shows up on computers at your local Best Buy. That date hasn’t been released, but expect it sometime next fall before the holiday buying season and possibly in time for the back-to-school period.

If Microsoft follows past patterns members of their Microsoft Technet and MSDN services for developers and IT professionals will get a first look a few days before the rest of the general public. Then average users can download the update.

Besides a new interface the OS will come with its own app store, details of which Microsoft just revealed this week. They will offer developers an 80/20 split after they make $25,000 gross in app downloads. This undercuts Apple and Android’s 70/30 model if the app is a success. Until the app hits the $25K mark developers will get the same 70%.

Source: The Verge and Mashable