New Lion Installations Down According to Web Stats

After a quick surge in the initial weeks after Apple’s new Mac OS X 10.7 Lion operating system appeared in the Mac App Store, the numbers of new Lion installations have slowed a little bit, according to numbers from ad firm Chikita.

The number of visitors that the online advertiser sees in sites displaying their ad network ads shows that 16% of users run Lion, and that is up only 2% since the end of September. According to the figures, the increase of Lion visitors flatlined after September 25.

While I can see that this might be evidence that Lion’s upgrade numbers aren’t growing as fast as early days of the OS release, are these figures really reliable for judging how many people have upgraded, and if so is anyone surprised?

While the number of visitors to a large network of sites might show possible evidence of such a slowdown, what it really says is that the growth of the number of people who visit sites with Chikita ads while using Lion has stalled. By itself the figures do not necessarily lead to such a conclusion without more evidence. We’ll have to wait for Apple to release figures to know.

Now, let us assume the figures represent the larger install base accurately. Is anyone surprised? There are a few reasons why the increase would naturally fall off at this time of year. First, many upgrade only when buying a new computer and, since Christmas is coming, there may not be as many new computers going out the door in September, October and November. We’ll have to wait for sales figures to find out if this explains the flatlined numbers. 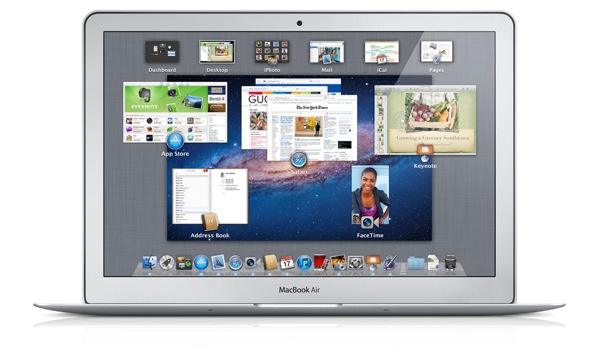 Second, I would bet that most operating systems see an initial surge in upgrades followed by a slowdown after the early adopters install the new version. Apple users, like most other brands, include a segment of hardcore users that will install the newest version almost no matter what. I’m one of those. At only $29 OS X was an easy upgrade for users like me who want the “latest greatest” version. Yet, a lot of users are the opposite. They won’t upgrade at all and may not even know there is a new version.

Third, a middle group of people sit on the spectrum between the tech savvy users and the uninterested, and they don’t even know Lion exists. They may realize it is there, but don’t want to bother or are afraid to install a new operating system for fear of losing their data.

“I’ll upgrade when I get a new Mac” or “I’ll do that later,” with later never coming until someone like me asks, “Want me to install Lion for you?”

Finally, the new features in Lion are not that compelling to a lot of users. I never use Launchpad and I’m are little more tech savvy than the average user. Other new toys in the OS like AirDrop, Mission Control, and updated versions of Safari, Mail, Calendar and Contacts are unnoticed. I use Chrome, Gmail (for email and contacts) and share files via DropBox and SugarSync.

I guess I’d be surprised if the number was higher than just 16% at this stage only a few months after the update was released.