How to Get the Most Out of Lion’s Launchpad

With the release of Apple OS X 10.7 Lion, a new iOS style program launcher called Launchpad displays program icons in columns and rows just like your iPhone or iPad. We want to show you how to get the most out of the new feature and help you decide if Lion is a worthwhile upgrade. 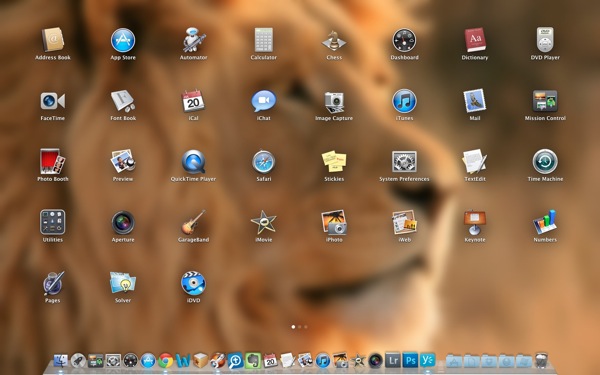 Launchpad looks like the iOS interface. It also behaves like iOS. Notice the small dots which represent the screens of icons? Swipe right or left with two or three fingers to switch to a new screen. For those who like to mouse instead of swipe, just click the white dots with your mouse cursor or use your scrolling wheel to switch between pages of icons.

To access Launchpad just click the Dock icon. You can also use your trackpad: use all of your fingers and your thumb to pinch inward. Pinch out to hide it.

All of these gestures can be configured in System Preferences. Click on the Trackpad app and choose the More Gestures tab. 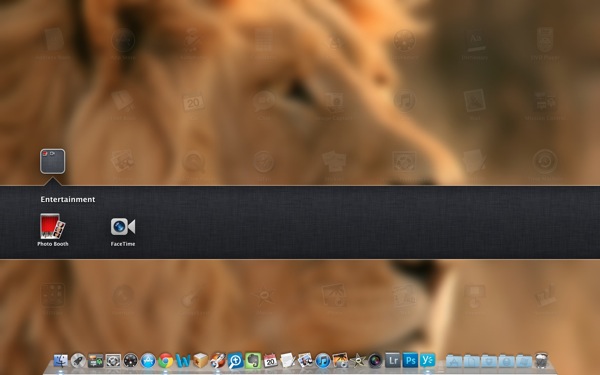 Organize your app icons in Launchpad by putting them on separate screens for each category, or in folders. You create folders just as you would in iOS: drag one app icon onto another. The title of the folder icon is created from the app’s category. Edit the title by clicking on the folder title just once when it is open. Type in your new title and click anywhere else to make it permanent, or hit enter.

To move an icon on one page, just drag and drop it to the new location. To drag to a new screen: drag the icon to the edge of the screen in the direction of the new screen. Drag to the left to move it to a screen to the left and to the right edge for a screen on the right of the current screen.

To delete an app, just click and hold on the icon till they start to dance. An X will appear on the icon. Click it and the icon is deleted. This only works with apps you’ve installed. Those built into OS X cannot be removed.

We’ve been playing with Lion in beta for a month. We haven’t used Launchpad more than a handful of times. The first time we organized all our apps and spend a long time creating screens and moving things around. This morning we just updated and left it alone. It feels very much like a throwaway feature.

Launchpad will be a throwaway feature in OS X Lion for a lot of other people. However, we think this is the direction Apple wants to go with their OS in the future. Don’t be surprised if Launchpad is the primary launcher interface of an upcoming version of OS X instead of something hidden behind a gesture or icon in the dock. We predict an OS X 10.7.X upgrade will likely have the ability to turn it on all the time as the main interface and 10.8 will likely make it the default.

For users who are coming to a Mac because of the iPhone or iPad, this is a welcome addition to the OS. For those used to OS X as it is, this will be an unwelcome change. So long as the Dock is always present and there is a link to the desktop, or some similar tool, we won’t bristle too much about this evolution. We use the desktop to temporarily store documents, website links and pictures to remind us to keep working on them. If Launchpad replaces the current interface, then a new temporary storage feature will have to be added.