Update: The ThinkPad T420s is now available for purchase.

The ThinkPad T420 may be ultralight, but it packs some power with new 2nd Gen Intel Core i processor options that take advantage of TurboBoost and TurboBoost+ from Lenovo for even longer periods of peak speed. The  Lenovo Enhanced Experience 2.0 also speeds up the boot time on the 420s by 30% according to Lenovo.

Another great addition is Dolby Home Theater v4, the latest in audio solutions from Dolby and the first time this is available in a business class notebook.

Rounding out the T420s are a collection of usability features including longer battery life during media playback thanks to the T-series’ ability to reduce power to non-essential components. Additionally, users will appreciate the ability to close their laptop for up to 99 minutes while moving from meeting to meeting without losing their WiFi COnnection.

Other enhancements include the ability to switch between private chat mode, which focuses in on one user, to conference mode which listens to the entire room for video calls and speakerphone calls. The microphone can also suppress keyboard noises so that you don’t ruin a call by taking notes on your T420s’ keyboard.

IT professionals will love that the T420s uses the same batteries and docks as the T, L and W lines so that it’s easy to deploy and upgrade users without ordering all new docking solutions and batteries.

With the optional modular bay battery and the standard 6-cell battery the T420s can last up to 10 hours.

The Lenovo ThinkPad T420s will be available in late march starting at $1,329 along with the rest of the 2011 ThinkPad Refresh. 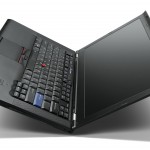 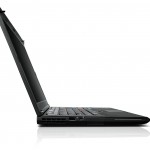 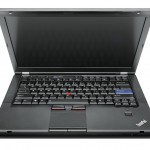 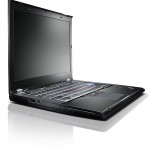 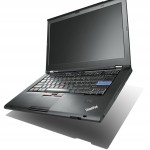 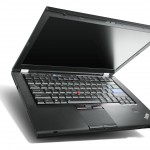 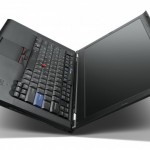