As part of the 2011 ThinkPad refresh Lenovo has updated the ThinkPad T420 notebook alongside other members of T Series. The new refresh brings the latest Intel Second Generation processors to the ThinkPad T420 as well as usability enhancements aimed at improving the user experience for corporate users.

The ThinkPad T420 can be configured with the new Second Generation Intel Core i3, Core i5 and Core i7 processors, up to 8GB DDR3 RAM and up to a 320GB HDD or up to a 160GB SSD. The ThinkPad T420 notebooks can be configured with Lenovo Enhanced Experience 2.0 which, when used with Lenovo RapidBoot can get your computer started 20 seconds faster than the standard Windows 7 laptop.

The T420 can be configured with a Discrete NVIDIA NVS 4200M (1GB VRAM) GPU with Optimus technology that can automatically switch between the integrated and discrete GPU to provide peak performance without sacrificing battery life.

The new ThinkPad T420 has a collection of improvements that end users and IT will appreciate including enhanced video chat and conference calling thanks to a new Conference Call Mode which listens to sounds in a complete 360 degree radius using the dual array microphones and the ability to dial it in with the Private Chat Mode. Users will also love that the keyboard noise is now suppressed so that they can take notes without deafening the other callers.

The ThinkPad T420 also gets a performance boost thanks to TurboBoost+ from Lenovo which makes use of efficient designs and enhancements on the standard Intel TurboBoost 2.0 to keep laptops in TurboBoost for longer so that users have extra power when they need it.

Also updated are several usability features including the ability to close your laptop and walk to another conference room without losing your WiFi connection. IT managers will like that the battery and docking solutions for the Lenovo ThinkPad T, L and W Series are all the same for easy use across the corporation.

The ThinkPad T420 is rated for 15 hours with the standard 9 cell battery, and can be extended to 30 hours using the T series slice battery which stacks on the bottom. Slice batteries add weight, but they don’t extend out the back of the notebook like many extended consumer batteries do.

The Lenovo ThinkPad T420 will be available on March 29th with a starting price of $779 along with the rest of the ThinkPad T, ThinkPad L and ThinkPad W lines. 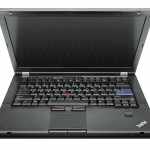 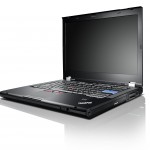 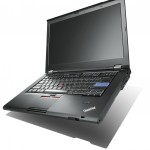 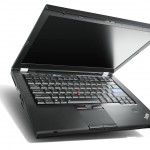 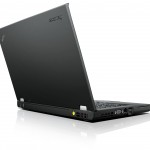 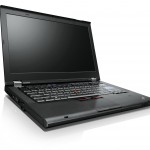 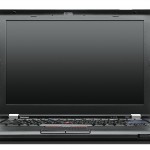 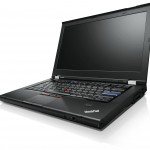 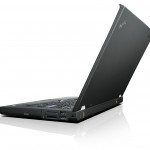 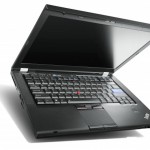