The ThinkPad X120e proves that good things do come in small packages. This 11.6″ AMD Fusion powered business notebook combines a capable processor with ThinkPad build quality and an affordable price tag for a mini notebook that makes us question why you’d buy a netbook ever again. 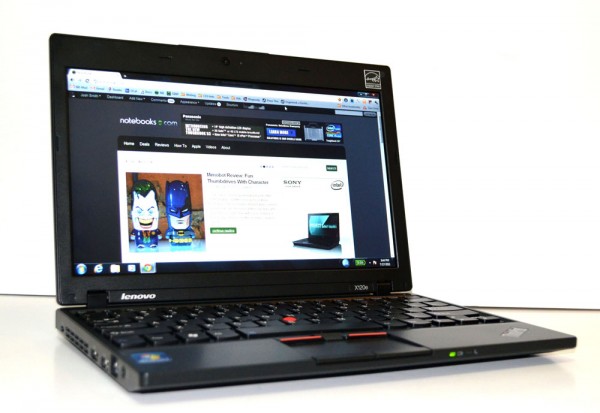 The X120e is small but capable.

The X120e starts at $399, and is available in a variety of configurations. This review model retails for around $500.

Who is the ThinkPad X120e For?

The small X120e is designed with the business traveler in mind, but delivers performance perfect for anyone who wants to travel light without making a sacrifice on build quality. The low price tag means that it is easier to find room for the X120e in a strapped budget than a MacBook Air. The feature set and affordability also make the ThinkPad X120e a good option for students.

Before Lenovo put the ThinkPad name on the X120e, they beefed up the build quality compared to other ultraportables. Instead of creaks and flexes when you carry the notebook, you will find a very solid construction, one that carries through to the center of the keyboard and the display frame. 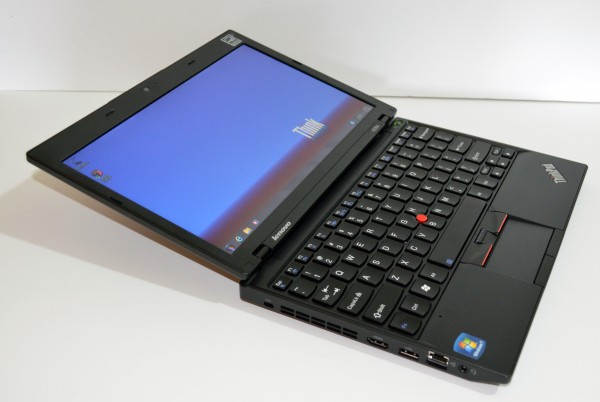 Metal hinges keep the display in position and firmly closed while in transport. There is no rubber seal around the entire display as some business notebooks have these days, but the four bumpers do a sufficient job of keeping the display from pressing against the keys.

AMD Fusion – The AMD Fusion processor is one of the highlights of the X120e because it is able to deliver enough performance to cover work and play, without leaving your waiting for your computer to catch up.

Long Battery Life – The optional 6 cell battery is capable of delivering up to 6 hours of battery life so you can get through a cross-country flight and still have time to check your email before you hail a taxi.

Portability – The small size is another great feature. Even though the 6 cell battery pokes out the back of the unit you still have a 3 pound notebook that won’t ask you to wait and won’t run out of juice in a matter of hours.

When you first look at the 11.6″ display on the X120e, you’ll notice that you have a decently high 1366 x 768 resolution and an anti-glare finish which keeps reflections from getting in the way of your mobile productivity.

The viewing angles are pretty good side to side, which allows you to share the display if you need, but keep in mind an 11.6″ display is best for one person, not a small group. The vertical viewing angles drop off rather quick, but the ability to position the display at almost any angle, this is not a major issue. 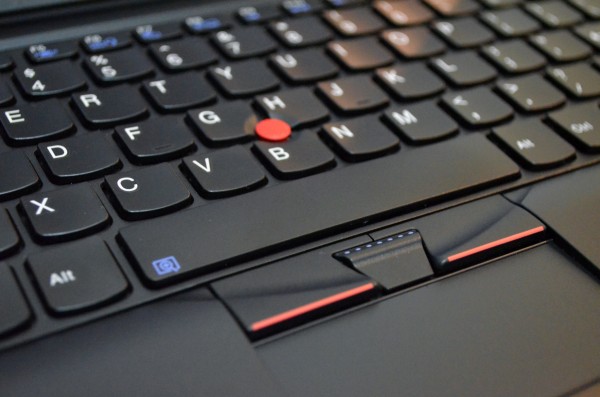 The X120e keyboard borrows heavily from the ThinkPad X series, which means you have a better than average typing experience on such a small notebook. Spacing and travel on the keys is fairly good, though there were times that keystrokes were not registered. Even with the occasional keystroke issues Lenovo has made a small keyboard we want in every 11″ notebook.

We wish the top row of keys was set up like the rest of the ThinkPad X series, so that the function keys were top billing and the F keys were secondary. This nice on full size notebooks, but even nicer on smaller notebooks.

The touchpad on the X120e is incredibly small, thanks to the small form factor. Even with the small size and small buttons the touchpad is usable for short periods and the TrackPoint pointing stick is very precise. These pointing options are very usable, but most users will want to invest in a decent travel mouse, especially for web browsing or working on PowerPoints for extended times. 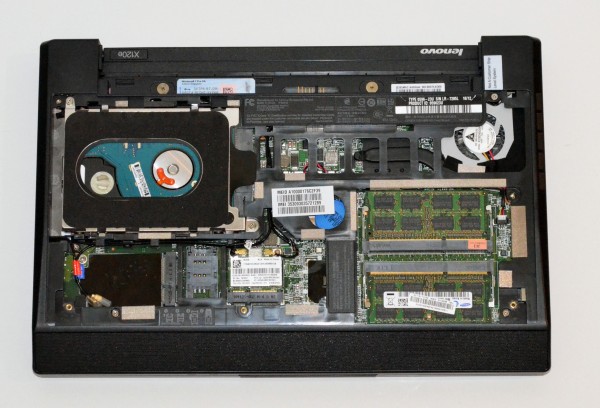 As we mentioned, the AMD Fusion processor is the real star of the show on this ultraportable notebook. By combining a discrete class AMD Radeon GPU to the notebook you are able to handle graphically rich tasks without issues. We could playback 720P flash video and 1080P local video without issues. This is thanks to a fix Lenovo issued shortly after the launch of the X120e.

When it comes to multitasking on business documents, the X120e is also powerful enough to let you work on a few Office documents without slowdown. Thanks to the resolution you can, in a pinch, compare to word documents side by side. In all the X120e will meet the needs of most managers and traveling professionals, so long as you don’t need to get too creative with media files.

We were pretty impressed with the performance of this ultraportable notebook. We were able to watch Hulu at 480P full screen on an external monitor while working on the X120e’s main display without any stuttering on the video side. While watching Hulu or listening to Pandora there were some times where audio would stutter. This happened two or three times during an episode of The Daily Show.

The included speakers leave a lot to be desired. While you do get a decent mids to highs there is absolutely no low-end and the volume tops out way to early. While listening to Lightning Crashes by Live we felt like we felt like we had gone back in time, listening on a friend’s crappy car stereo. Attaching external speakers overcame the volume limitation, but didn’t do much to improve the quality of the audio.

Use the X120e for about a half an hour and you’ll notice that the fan will kick on, but if you are in a room with any other noise it won’t be loud enough to disturb you. After watching 15 minutes of Hulu the palmrest and the base of the unit were still cool enough to keep working. 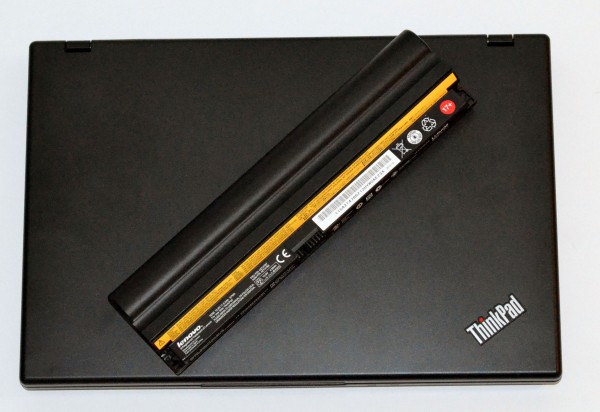 During our web browsing test, which simulates web surfing with the screen set at 40% brightness, the X120e was able to last  6 hours and 4 minutes. Adding flash or any other video into the mix will reduce the battery life significantly.

For a small notebook you get a decent number of ports, including a HDMI connection for connecting to external displays and HDTVs with ease.

ThinkPad X120e back side ports

Back side: Power, VGA

The built in webcam performs admirably in low light settings, accurately displaying our face to callers on Skype without the need for another light source. The VOIP settings are easy to call up with a function key combo, but the notebook doesn’t include the smart VOIP software common on most X series notebooks these days. Still, in a small package it works well.

When it comes to software the X120e keeps thing simple. There is no crapware installed from the factory, which we would expect on a business notebook. There are a collection of ThinkPad tools, like the ThinkVantage toolbox to control VOIP, battery and other system options.

You can purchase warranty options on the X120e to found on many consumer notebooks. As with the rest of the ThinkPad line look for warranty options up to four years and including next day on site service. These prices will add to the cost of the X120e, but for businesses that build a warranty into the purchase price there are a variety of options to fit your price and needs.

With a starting price of right near $400 there’s no debating the price of this unit. While it can be hard to swallow a $500 price tag on a netbook sized device it would be an unfair comparison to call the X120e a netbook. You would be better off comparing it to ultraportable notebooks, where it offers a low barrier to entry. 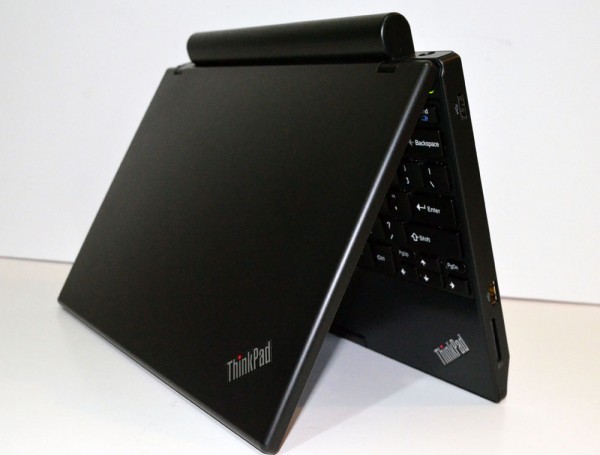 The X120e is an impressive piece of hardware. We love having a ThinkPad keyboard on such a small and well-built machine, especially at $500. The AMD Fusion processor gives this mini notebook the power needed to tackle business tasks and entertainment at the end of the day. The corporate black look may turn off some users, but you’re buying a business tool, not a fashion accessory. 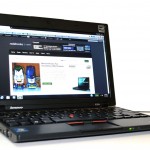 The X120e is small but capable. 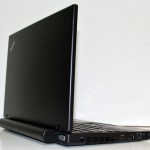 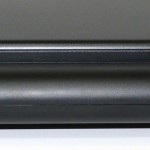 ThinkPad X120e back side ports 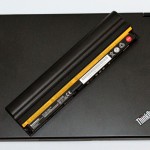 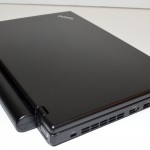 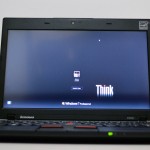 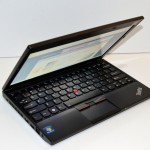 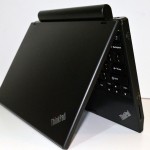 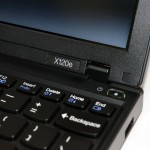 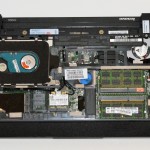 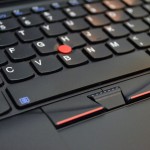 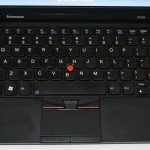 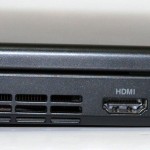 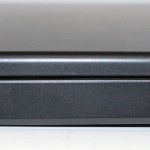 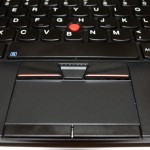 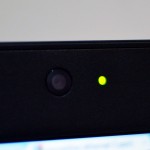 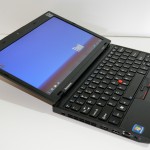