Virgin Mobile has been working hard to change the way we think of prepaid cell phone companies with competitive plans and new, capable, smart phones — all without adding a contract. The latest phone, the LG Optimus V is an Android smart phone running Android 2.2 that is available for $149 without a contract and can be used for as little as $25 a month with unlimited data. The Optimus V joins the Samsung Intercept in Virgin Mobile’s growing stable of Android smart phones. 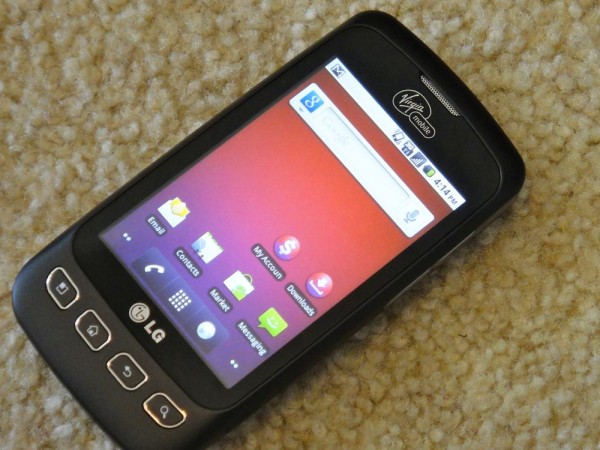 LG Optimus V Details: The LG Optimus V is a very capable Android device running Android 2.2, essentially the latest Android software you’ll find on general consumer devices, and it is powered by a 600Mhz processor that gives it enough power to stay snappy during normal usage. The 3.2″ screen looks nice and the 3.2MP camera won’t win any photo awards, but so far has performed acceptably in well-lit environments.Users have access to the Android marketplace to get the latest games and apps. Additionally the easy to use Swype keyboard is installed off the bat.

So far we’ve been really taken by the LG Optimus V, and not just because the Sprint coverage has improved since we last used Virgin Mobile. In case you aren’t aware Virgin Mobile runs on the Sprint 3G network which means you’ll have good coverage anywhere you would on Sprint.

In our week of use the call quality has been good, at least as good as our Verizon Wireless Droid. While this will vary based on your signal the Optimus V is not going to be the week link.

We will be doing a full speed test for the full Optimus V review, but initial observations are that this device has fast enough data speeds on the Sprint 3G network to satisfy the needs of most average consumers.

So far the LG Optimus V on Virgin Mobile looks and feels like a great Android device for users who don’t want, or need, the absolute fastest processors and a big monthly bill. With the Beyond Talk plans from Virgin Mobile you can get an up to date and capable smartphone with 300 minutes of voice and unlimited data for just $25.

Stay tuned for our full LG Optimus Review in the coming weeks. 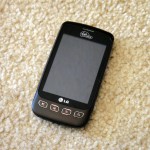 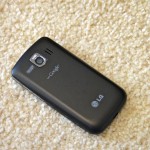 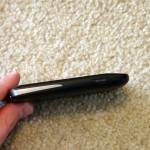 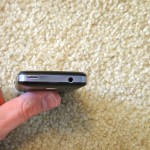 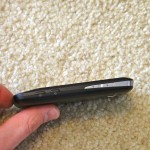 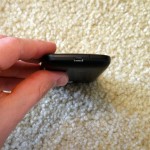 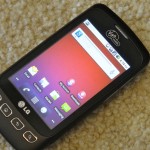