The Best Android Emulators: How to Run Android on Windows

Android may be shipping on most of today’s mobile devices, but finding it on the desktop can be a trickier proposition. Fortunately, you can run most of your favorite Android apps right on your desktop, as long as you have the right software. We’ll show you how you can run Android on Windows.

Why would I want to run Android on Windows?

When you first start thinking about running a mobile operating system – namely, Android – on top of Windows, it doesn’t make a lot of sense. One system is designed almost exclusively for touchscreen input, and the other, despite Microsoft’s best efforts, simply isn’t. There are a number of reasons to consider using Android on a PC, like performance.

The Android version of an app can take substantially fewer resources than a traditional Windows program – thanks to being optimized for the low-powered chipsets that mobile devices traditionally employ. As a result, configured properly, a mobile app running on your PC can actually be faster than some of your more traditional PC programs. 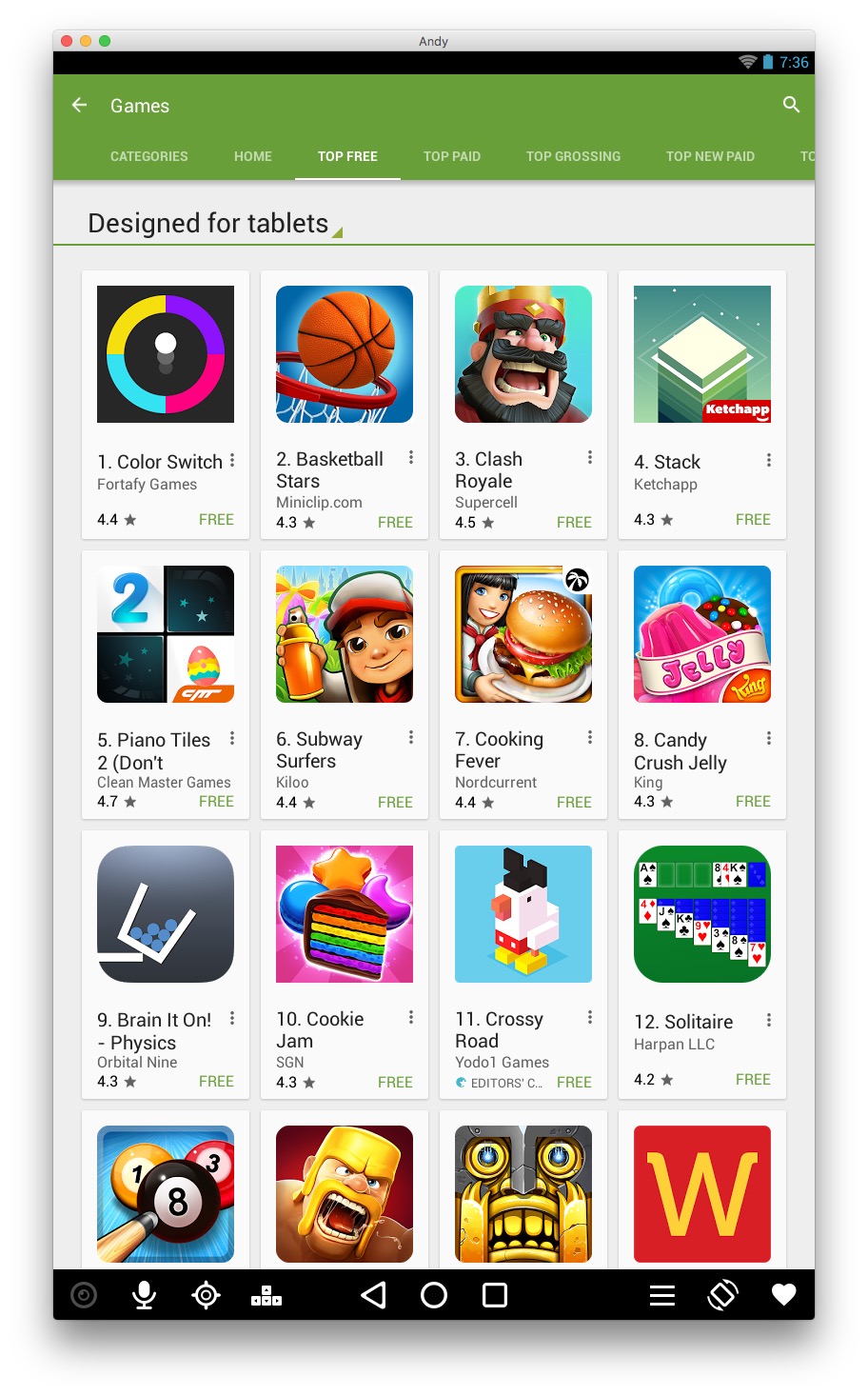 Eagle-eyed readers might notice that this screenshot came from a Mac. But it runs just as well on Windows!

There’s also a huge push in software development these days to create new and compelling mobile experiences. Sometimes, these sorts of apps simply don’t exist on Windows. A prime example are games; many of these are small, undemanding pieces of software that simply don’t exist on Windows (at the same time, some games can be pretty hard to run). Other apps might be mobile communications apps with no PC or web version, like WhatsApp or Snapchat (also, who wouldn’t want to play Clash of Clans on Windows?).

Finally, one of the best reasons to play around with Android on your PC is to make better use of your touchscreen. Most Android programs that run on top of windows can respond to your touchscreen just fine (at least for single touch; multitouch can be more problematic but you’re also less likely to need it).

We’re going to dive into three different ways to get Android up and running on your PC. Two of these methods involve installing a piece of software that will run Android for you, on top of Windows. That means that you can launch a program that brings up an Android program launcher or even something that looks like you have a virtual Android tablet running on your screen.

Probably one of the best known projects, Bluestacks has been in the Android emulation game for several years now. The company recently released Bluestacks 2, a much-improved take on their original product. This new version attempts to bring Android apps and games to your PC with a Windows interface – almost like a browser. Now you can run multiple apps at the same time (the original Bluestacks App Player didn’t allow this); a series of tabs at the top of the program let you switch back and forth between them. 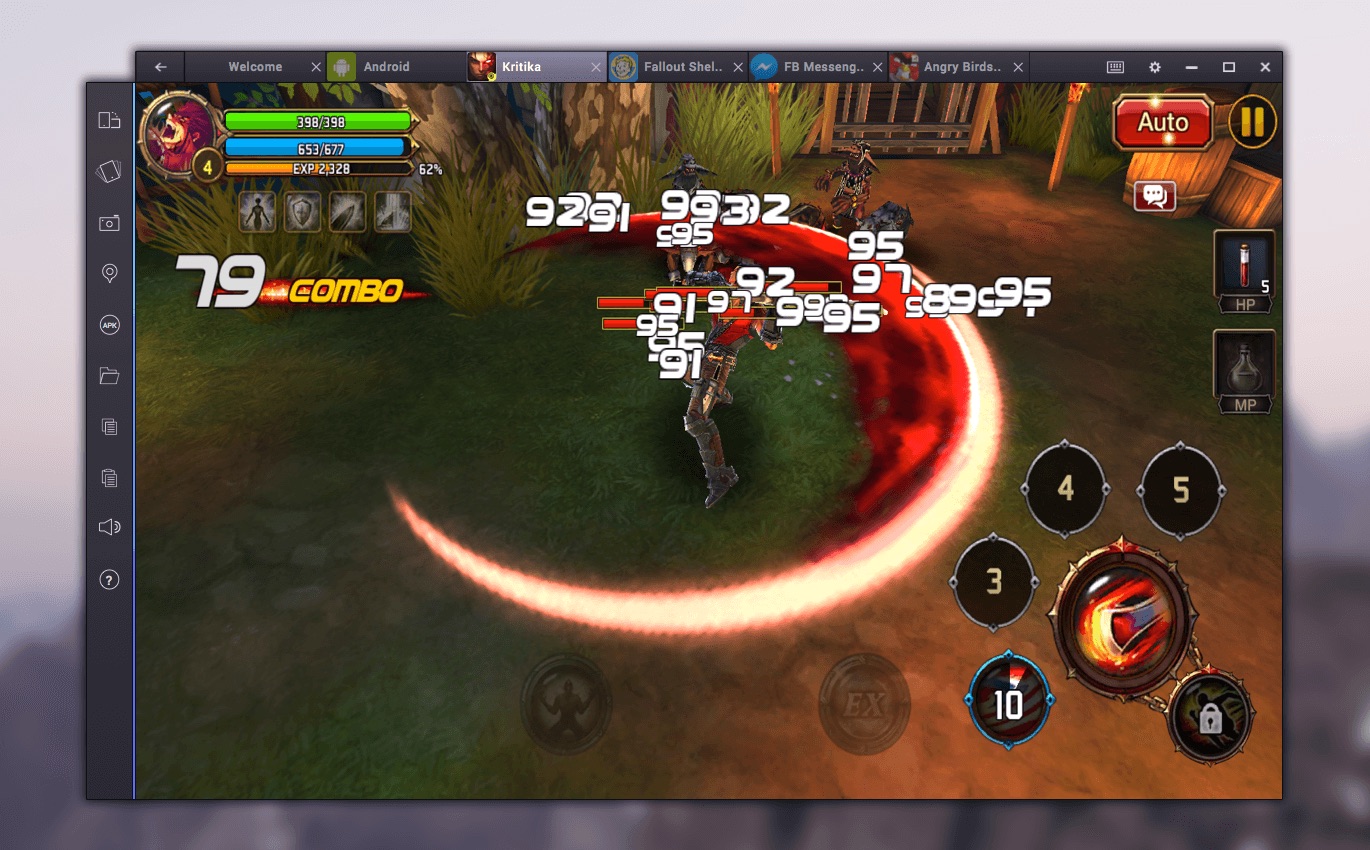 Of course, Bluestacks isn’t precisely free. You can download and install it with no issues, and to continue using it, you’ll need to pay a $2/month subscription. If that’s too rich for your blood, there’s an ad-supported option that makes it so you don’t need to pay anything: Bluestacks will periodically auto-install a sponsored app for you to play around with. That sounds like a security hassle, but the apps are only downloaded and installed within the Android environment, so any data on the rest of your PC is safe.

You can grab Bluestacks here.

Perhaps thanks to its fun name, Andy has largely flown under the radar. Like Bluestacks, it works on a sponsored app basis – periodically a random Android game will install into your virtual Android tablet and open. You can easily uninstall anything that downloads and keep using Andy, so it’s not very much of a hassle. 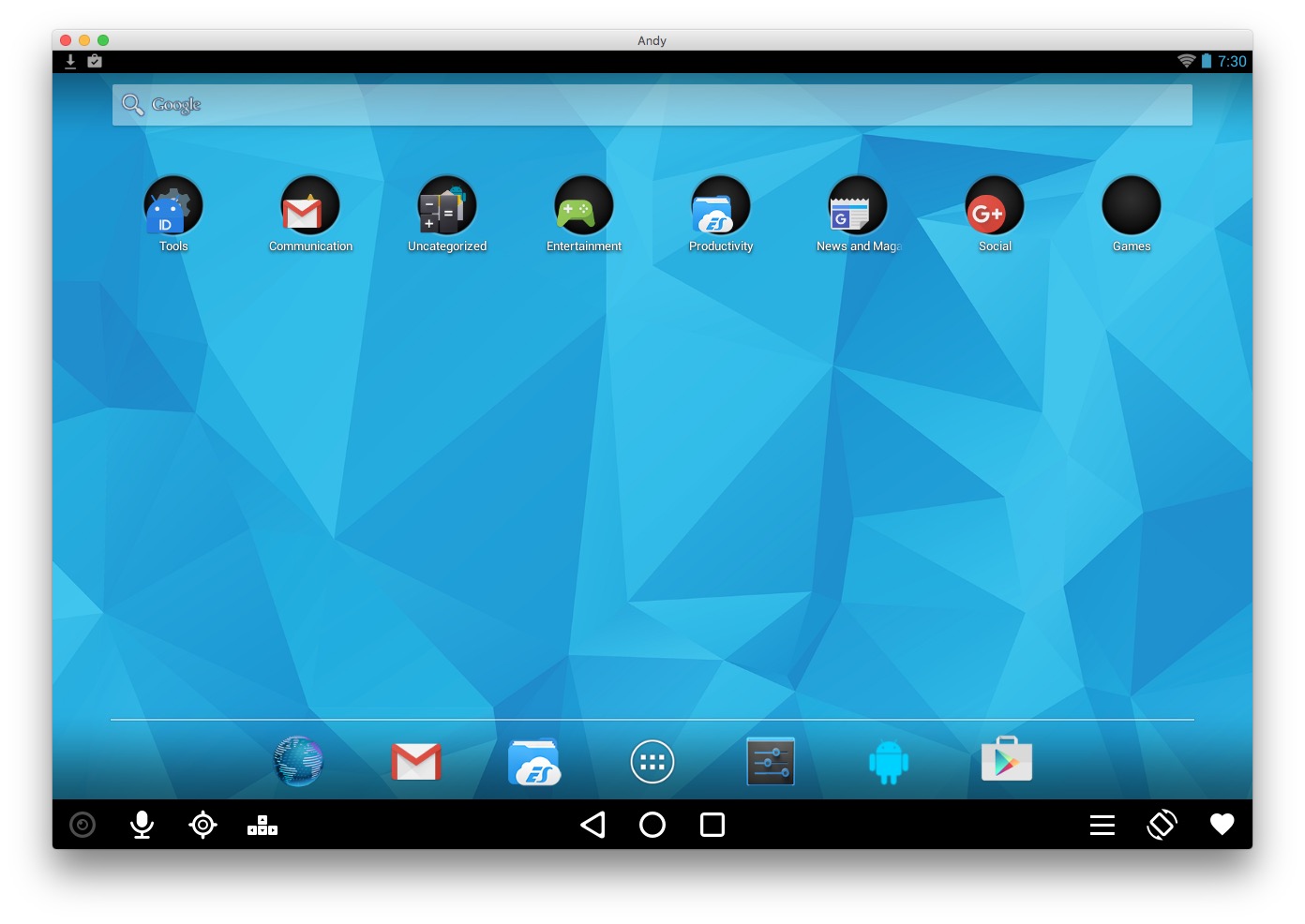 Once you download and install the software, you’ll find a virtual tablet floating on your screen. It works, by and large, like you’d expect a regular Android tablet to work: there’s access to the Google Play Store, and you’ll be able to install and play games or use social media apps to talk with your friends. It’s extremely simple and works quite well.

Slightly different from running Android on top of Windows, you can also run Android directly on your PC, much like Windows runs – it’s Android talking directly to your system’s hardware. There are a few projects out there to install Android on your computer, but they’re often filled with issues of getting specific hardware to work, or figuring out boot orders.

In comes Remix OS for PC, currently in beta. It was released to the world earlier this year, and it’s built on top of Android-x86, one of the projects we mentioned in the last paragraph. Unlike Bluestacks or Andy, this isn’t something that you download and install within Windows. Instead, you’ll need a USB 3.0 flash drive with at least 8GB free, though more is better; Remix also recommends a minimum write speed of at least 20MB/s. That means you can probably get away with using a USB 2.0 flash drive, if it’s a nice one, but you’ll be better off with something newer. 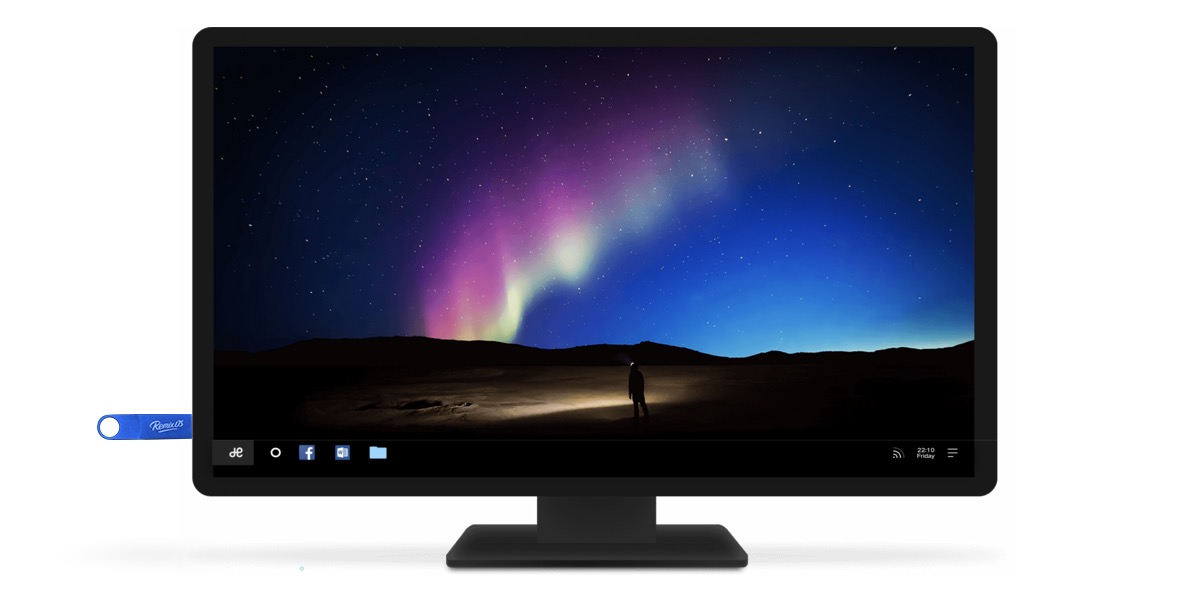 You can install Remix OS just like Windows, but running off of a flash drive is an excellent way to try things out without worrying about messing up your current computer and Windows setup; if you boot into Android, you can easily pull the USB stick out and reboot back into Windows, with nothing changed.

First, you’ll need to download the software (you can do that here). Next, plug in your USB drive, and open the Remix OS software that you just downloaded. Instructions will appear on screen that will walk you through installation on your flash drive; after that, it’s a simple reboot and key press to restart your computer in Android (full instructions are at the link above).

While we talked about some of the performance benefits earlier, Remix OS exemplifies this. You can use Remix on much older computers and still receive excellent performance, even if running Windows would be slow and cumbersome.