The [amazon_link id=”B004INH4ZO” target=”_blank” ]Kensington BlackBelt Protection Band[/amazon_link] is a silicon case, or rather band, for the iPad that wraps up the edges of the iPad and keeps the front and rear from getting too close to other surfaces. The BlackBelt Protection Band for iPad is essentially a super-size version of the popular Apple iPhone bumper case, though it adds a bit more protection by adding some depth to the iPad. 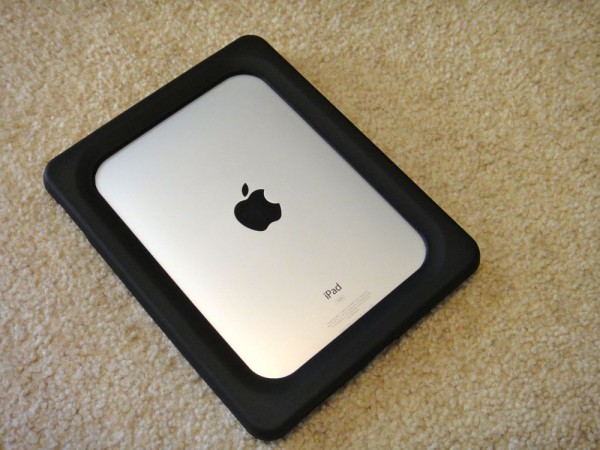 The Kensington BlackBelt iPad Protection Band is available from Kensington for $39.99 and can also be found at [amazon_link id=”B004INH4ZO” target=”_blank” ]Amazon for $32[/amazon_link]. It is only available in black and is made of silicon that protects your iPad and adds a place to grip the device while in use.

The design of the BlackBelt is well thought out with access to all of the important ports and buttons. The thickness of the band means you can set your iPad on a book or on your laptop and not worry about the screen coming in contact with it. This is nice, but not a complete replacement for the screen protection that comes from a folio style case.

As far as usability you don’t have the same abilities offered by cases with stands, but the silicon is grabby enough that you can lean it up against other items without it slipping away or falling.

One thing we didn’t like, and you can see in the video, is that if you are holding it by the long edge and the iPad gets to heavy it will slip some in the silicon. It didn’t do so enough that we thought it would come out of the case, but we wish it was a bit tighter.

As far as protection goes this case won’t give you as much as the OtterBox Defender, but it is enough that you can bump the iPad or toss it onto a table without the same worries as doing that without a case on. If you are carrying other things in your bag, you can also use this case to transport your ipad without too much worry of things getting on the screen.

If you like the bumper style case on your iPhone and want one for your iPad then the Kensington BlackBelt Protection Band for iPad will be a good fit. The case looks nice and provides adequate protection from bumps and drops so long as the screen doesn’t hit the corner of a counter or table.

Cases preferences for the iPad vary greatly from person to person and while we ar traditionally drawn to folio style cases that cover the screen while in transit the BlackBelt is a nice case for users who don’t want a front cover for the iPad.

The [amazon_link id=”B004INH4ZO” target=”_blank” ]Kensington BlackBelt can be found for as low as $32 from Amazon[/amazon_link] and other retailers. 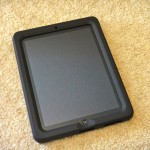 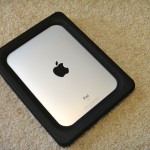 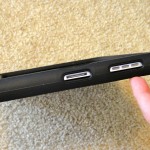 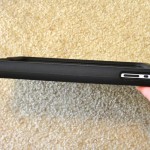 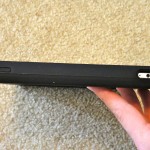