Apple iWork Updated with Better Interaction with Other Software and Services

Apple’s iWork apps for the iPad – Pages, Numbers and Keynote were all updated to include better import and export of popular file formats like PowerPoint, Excel, Word and text files.

There are also things like better font support for files from Word. Users of Keynote will see a few new animations added to the presentation app. And if a user is a MobileMe subscriber or has access to WebDAV, then files can be saved to and imported from iDisk and WebDAV. Finally, Apple also included some reliability improvements.

Here is a screen shot of the list of what is new in Pages. 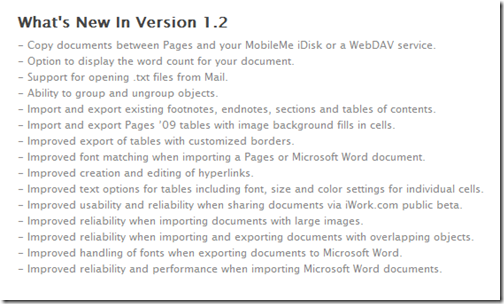 Here is a screen shot of the list of what is new in Keynote. 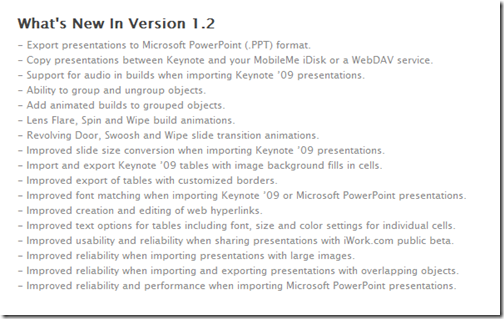 Here is a screen shot of the list of what is new in Numbers. 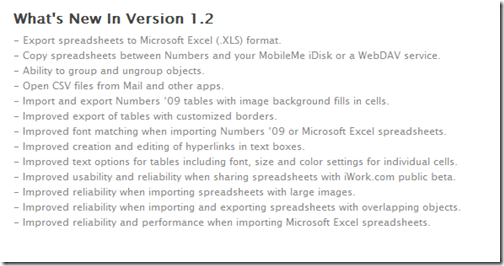 Each of the apps cost $9.99 in the app store. We had a full review of each app when they came out.  The summary of those reviews is here.