How to Stream on Twitch with OBS

While consoles have made streaming easy with single button presses, streaming your PC games can be a little more complicated. Here’s how to stream on Twitch with your gaming PC.

Twitch has built an excellent platform. There’s a large, enthusiastic community, with thousands of people streaming live at any given time – and up to several thousand people watching any single stream. Surprisingly, however, what the company hasn’t made much of an attempt to do is make streaming your PC games very easy. 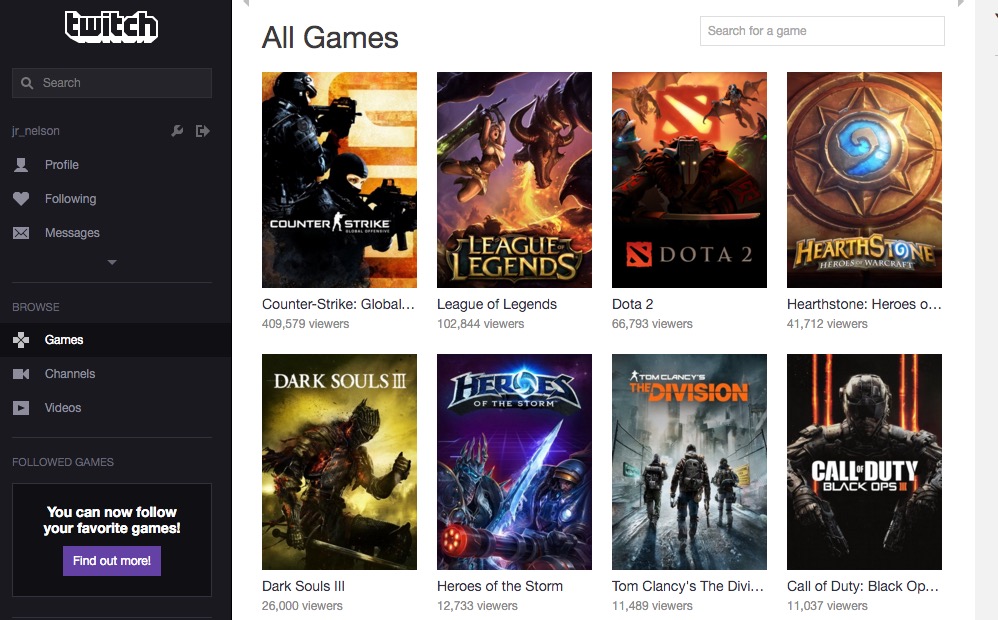 The Twitch website, while crowded, is generally easy to figure out (if you don’t already have a Twitch account, it goes without saying that you’ll need one if you want to stream). There’s no Twitch-branded streaming software, however, and the company suggests three different options. Two of which incur a monthly fee, which can be intimidating if you just want to get your toes wet.

Instead, we’ll take a look at the third option, an open source title called Open Broadcaster Software, or OBS. This software is more barebones than the other options, and while it definitely isn’t as easy on the eyes, it gets the job done – and most importantly, it’s 100% free (you can also use it to broadcast directly to other services, like the new YouTube Gaming, without changing any of your setup).

How to stream on Twitch with OBS

First, you’ll want to go grab a copy of the OBS streaming software. It’s available for all recent versions of both Windows and Mac OS X. Like any other program, download and run the installer to install the program; once the installation has completed, go ahead and start it.

You’ll be presented with a big blank window, and a series of arcane buttons and columns along the bottom of the screen. It’s actually much easier to set up than it looks. 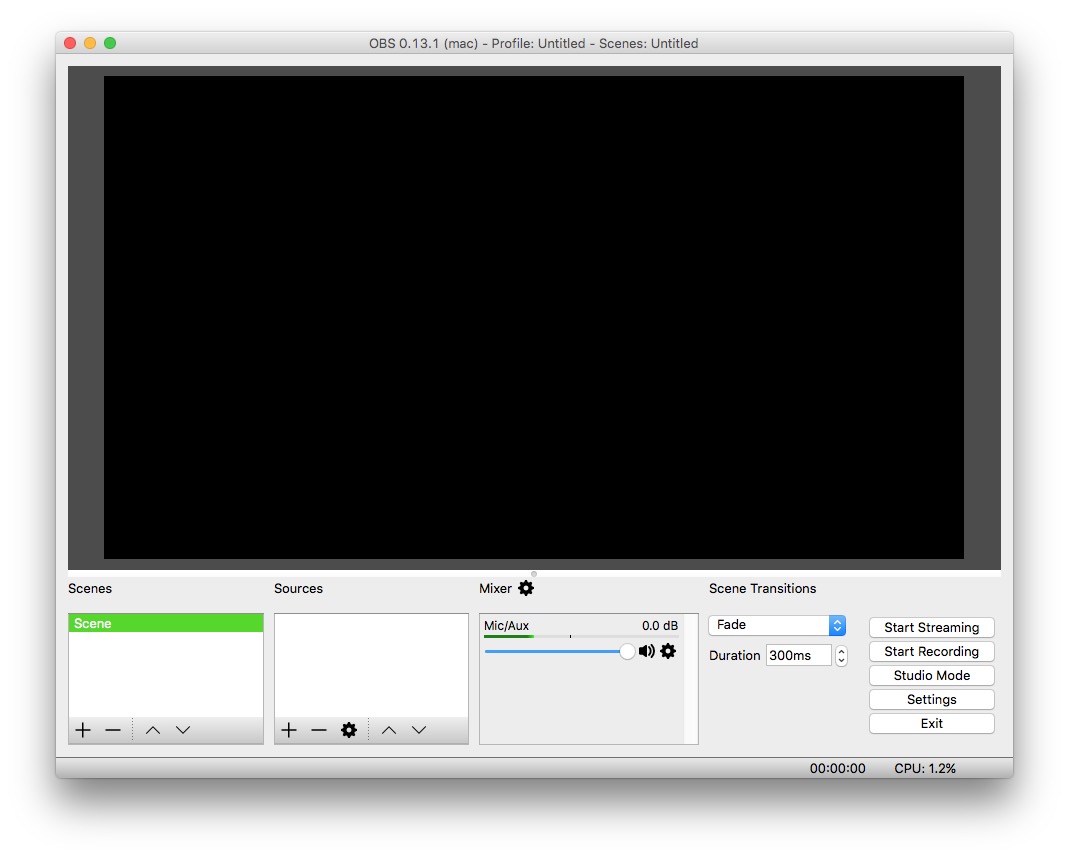 To start, there are four main sections along the bottom of the screen:

We’ll start with settings. If you go into your settings, a new window will appear. Click on Stream in the column on the left. Make sure that Twitch is selected for the Service option. Pick whichever server is geographically closest to you in the Server category. Finally, you’ll see a field labeled Stream key. You’ll need to get an API key from Twitch in order to hook OBS up to your account. 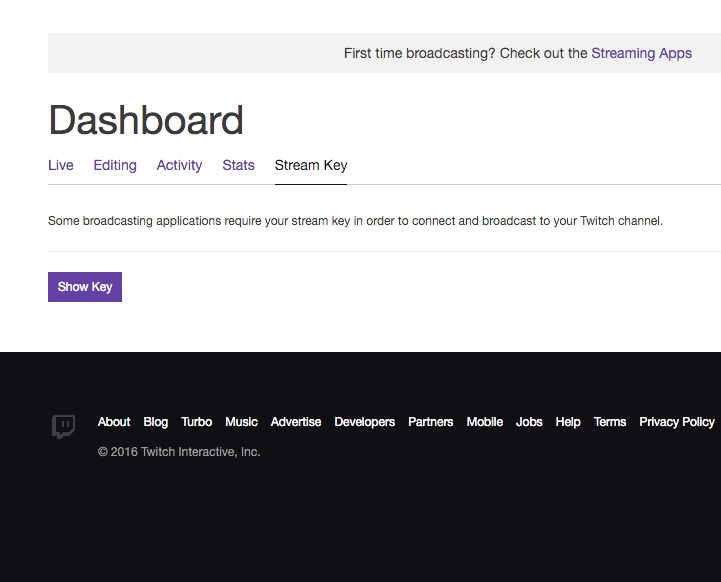 This part’s easy. Just go to your Twitch.tv Dashboard. Click on the Stream Key column heading; on the next screen, click on Show Key. You’ll get a warning pop-up, telling you to be careful with this key. Read the text, then click on I Understand at the bottom of the pop-up. Your stream key will appear. Select and copy it, then paste it into the key field on your OBS app and click OK. 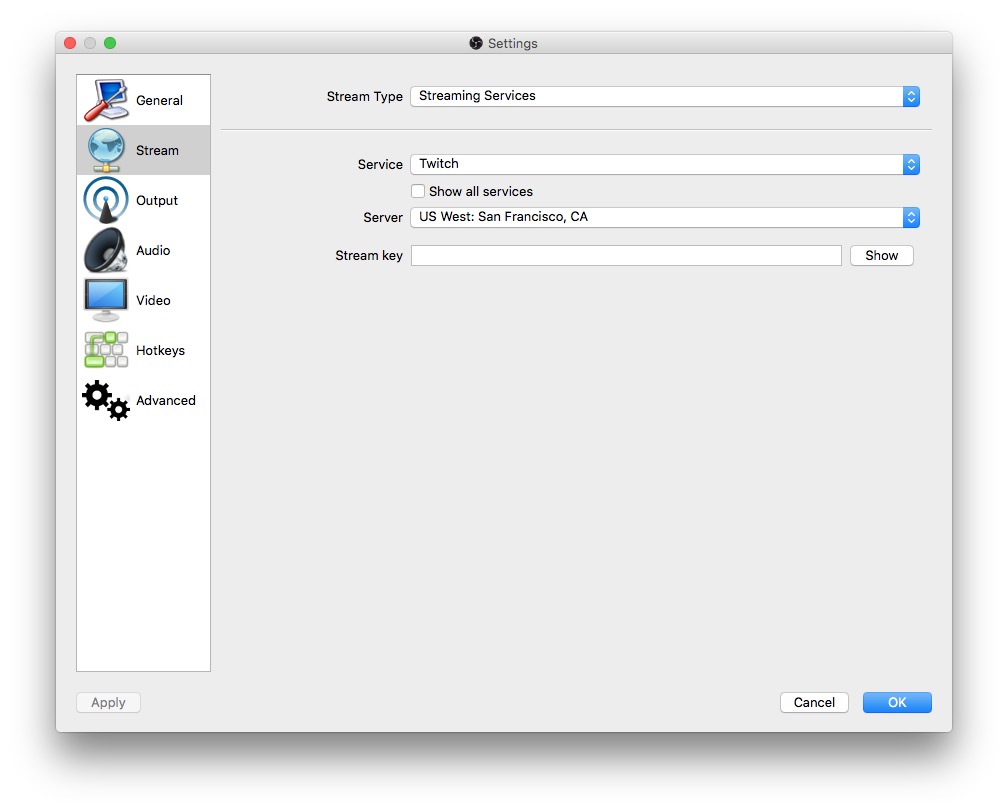 Next, take a look at the Sources column. Here’s where you add the various apps you want to stream. Most people will have two apps active: a view of the game, and a view of themselves, from a webcam. If you have room, you can add an extra chat app, another video feed – really, any app you can think of. It would be easy to stream an interview this way, too, with two Skype or Hangouts windows splitting your streaming screen.

Start by adding your webcam. Click on the + icon, and in the drop-down menu that appears, select Video Capture Device. Name it, and click OK. In the new window, you’ll see two menus: Device, and Preset. Pick your webcam from the Device menu, then choose your max resolution in the Preset menu. Click OK, and that’s it.

You should now see a live feed of yourself in the main window. Click on it and drag it around. These windows can be arranged and resized however you see fit; just click and hold an edge or corner to change the size. 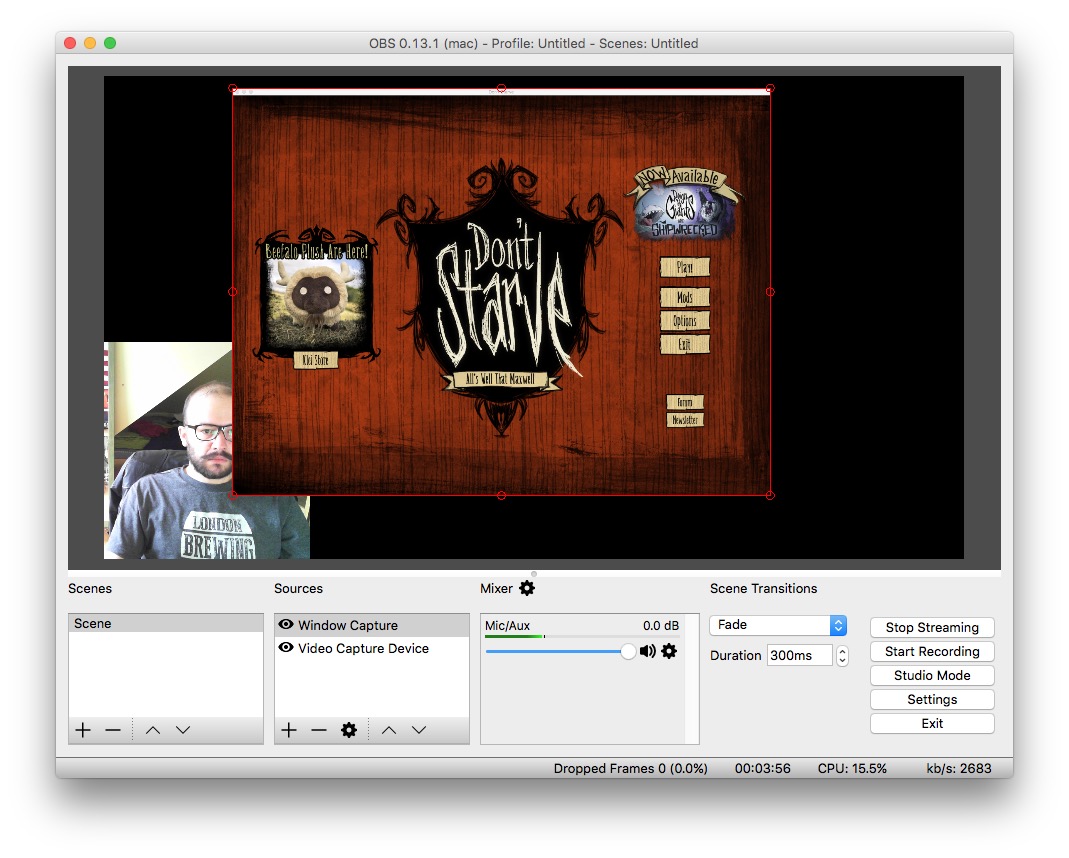 How you add your gameplay to the stream depends on whether you want to play fullscreened or windowed. If you’re going to play a full-screen game, click on + again and this time, select Display Capture and click OK. This will output your entire screen to the stream – once you start your game, that’s what you’ll see here. You want to make sure that your webcam feed is on top of the gameplay, so click on the right Sources listing and click on the up arrow a couple of times, until it’s sitting on top.

If you’re going to play a windowed game, skip the Display Capture step, and instead, go ahead and start whatever game you want to play. It can be literally any game – from Steam, Windows Store, Amazon, GoG, you name it. Once it’s running, go back to your Sources list, click on the + button again, and this time choose Window Capture. Click OK, then in the new window, choose your game from the drop-down list. Your game window will appear in the stream, and you can arrange it just how you want.

Once you’re all set up, click on Start Streaming, and that’s it – you’ll be streaming live to Twitch.

How to switch between multiple windows with Twitch

One of the fun things about this software is that you can set up multiple Source setups – each of these is called a Scene (remember that first column? We’re finally going to use it). You can set up surprisingly complex combinations – you could have your webcam and a game, the webcam and a browser, tw0 video windows (if you wanted to run commentary), a second webcam to capture different angles (could be useful in streaming VR gameplay).

Every time you want to set up a new Scene, just click on the + button in the Scenes column. You’ll need to go through setting up your Sources again, just like before. Once you have everything set up, you can switch between your Sources just by click on the one you want to display. By default, a slick 300ms fade-to-black with transition between them. You can switch it to a straight cut, but the fade looks nicer.

If you want to stream a full-screened game, you’re probably wondering how to swap between Scenes. The answer comes down to keyboard shortcuts. To set them up, click on Settings, then on Hotkeys. A new window with a bunch of fields will appear – you can explore these later; for now we’re interested in the section with your 2 or more Scenes. Click on the white field and enter in a keyboard combination. It should be something you don’t use in game, like Control-B, for example.

Put in a different combination for each Scene you want to switch between. It helps to keep the shortcuts next to each other (Control-Q, Control-W, Control-E, say). Now you can swap between some pretty complex window setups, all without leaving your game.