Apple is quickly approaching the 10th anniversary of entering the retail space, a move which has played a large role in the company’s success in the notebook, smartphone and tablet markets. Rumor has it that Apple is preparing the 230 U.S. Apple stores for a huge event on or around May 19th. Employees have reportedly been told to not take vacation over the weekend, Nondisclosure Agreements have been signed and materials are already reported to be in Apple Stores across the country. While there have been some reports that Apple will announce NFC enabled stores, it seems much more likley that Apple will announce a new MacBook.

Yes, that’s right, a new MacBook. Why you ask? Well, there are several reasons that Apple will launch an actual product and not some a wireless way to pay for products, using technology which won’t likely be included in the next iPhone and all signs point to a new MacBook. 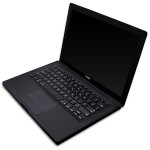 The MacBook is a year old on May 18th – The current MacBook was announced a year ago, and based on upgrade cycles it is one of the oldest MacBooks in recent history. Only the original MacBook Air held a longer time between upgrades, clocking in at 499 days according to the MacRumors Buying Guide.
The MacBook is 5 years old this Month – The first MacBook, which replaced the iBook, was announced 5 years ago in May. At the time, the White and Black MacBooks where a diversion from the standard notebooks with an island style keyboard, glossy display and the famous Apple magnetic latching system. Many of these features have jumped from the MacBook to the rest of the notebook market, leaving the Macbook of a year ago behind the PC competition.
The MacBook is Normally Updated in May – Take a look back at MacBook upgrades and you’ll see that May is a popular month for bringing changes to the MacBook. While we have seen some of the biggest changes come in October, it would be very surprising for the MacBook to go another 150 days until an upgrade.
The MacBook Looks Dated – The MacBook doesn’t stand out nearly as much as it used to. The white polycarbonate look looks like something from 2006 and at over an inch thick it isn’t as sexy looking as the rest of the Apple Notebooks or even the PC competition. Set the MacBook next to the $100 cheaper Toshiba Satellite E305 and pick a winner based on looks. Odds are you’re wondering if you can put a Hackintosh version of OS X on the Satellite E305.
The MacBook Needs New Tech – It’s not just looks, Even the low-end PC competition is running circles around the MacBook which is due for a bump up to Intel Sandy Bridge processors by now. We could also see Apple including a Thunderbolt port on the MacBook.

What to Expect from a New MacBook

While we haven’t had any recent leaks, we would expect the MacBook would get a new thinner and lighter look, possibly even with a new aluminum exterior to match the current MacBook Pro and MacBook Air lines. The move to aluminum is less likely, but not out of reach.

Additionally, we expect to see Sandy Bridge processor options from Intel. It is likely that the new MacBook would include a Core i3 2nd Generation processor with integrated graphics, rather than the faster Core i5 options available in the MacBook Pro lines. We expect the base RAM size to stay at 2GB and there’s only a small chance we’ll see the starting hard drive size will jump up to 320GB.