Is Apple Dumping Intel for ARM?

At our sister site Chuong Ngyen posted that Apple may be dumping Intel to switch their entire Mac lineup over to ARM processors. If true it would be the second time Apple has made such a switch, jumping from RISC to Intel in the last decade. Citing a rumor from SemiAccurate, a site the properly predicted the switch to ATI graphics, Chuong said that this would unify the Apple lineup of devices on the same platform. They already use an ARM based processor (the Apple A4 and A5 chips) in their iOS devices.

Imagine if all of those iOS devices and all Mac OS X computers ran on the same platform. The coming OS X Lion update is shifting towards a more iOS-like interface. Apple may want to take that a step further in the next couple of years so they can develop just one operating system. 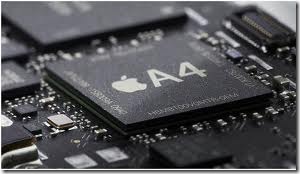 If Apple had a custom ARM processor as their foundation, then they could maintain tighter control. Apple could prevent third-party manufacturers from making fake Macs called “Hackintoshes” where a user or company loads OS X on another Intel based computer.

Speaking of tight control, if Apple moves further in the direction of iOS, then every piece of software installed would come through an App store, like it does now on all iOS devices so long as they are not jailbroken. Apple would get an even bigger pool of money from which to innovate and dominate since they take 30% of all app profit from their app store.

The problem with this rumor is twofold, at the least. First, as Chuong points out, developers would not be happy. The number of developers who would have to shift in a totally new direction to support the change is far larger than it was years ago when Apple made the RISC to Intel jump. Developers are an important lifeline for any computing platform. Making them unhappy is not something you want to do.

Proponents of this shift, however, would say that OS X and iOS are not so far apart that developers could not port their apps. Look how many apps have been ported between the two. iOS would have to developer into a more powerful operating system to sustain some of the very advanced software that can run on OS X, but that is not an impossible evolution. Also, the huge number of iOS apps would be able to sustain the new computing platform. I spoke to one iOS developer who creates a Bible app that I use and he said he would be interested in that possibility. 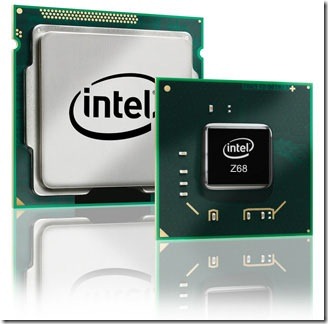 The biggest issue is the current close partnership with Intel and Apple. They worked together to develop the Thunderbolt port and Apple was given early access to Intel’s new Z68 chipset. No other company has this in their computers, yet you can buy an Apple with it now. Apple is cut throat enough to take with one hand while preparing to stab Intel in the back with the other, but will they?

Based on past history it is not impossible to think of this happening. Until Apple officially responds or makes an announcement about the shift, this is all just a rumor and not a very strong rumor at that. As Chuong said at the end of his post, the folks at SemiAccurate seem to have an anti-Intel bias.