The Quirky PowerCurl is a MacBook accessory that tries to help owners deal with their cable clutter. We  tested it out and found that it does what it claims to do at a very reasonable price of $14.99. There is one problem however. It adds bulk, taking up more space in your notebook accessory pocket. 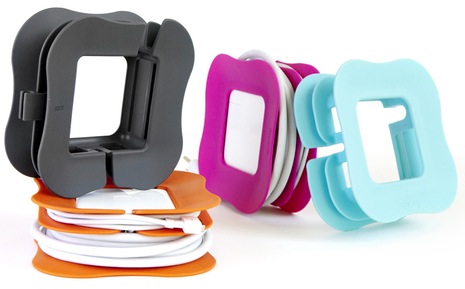 The PowerCurl has two channels for each end of a MacBook powercable. The cube snaps into the rubber PowerCurl and the two ends can be wrapped around it. The thin end of the cable with the MagSafe Connector already has a clasp that grabs the cable to hold it into place. But the larger end of the cable, with the plug, does not. So the PowerCurl comes with a piece that attaches to the thick cable to mimmic the functionality of the clasp on the thin end. The problem is, neither of them really hold well if the PowerCurl gets jostled in the computer bag.

The other big problem is that many detach the thicker cable and use the smaller wall outlet plug connector on the small charging brick. If you use yours this way, you will have to remove it from the PowerCurl to plug into the outlet. Getting the little brick in and out can be challenging. 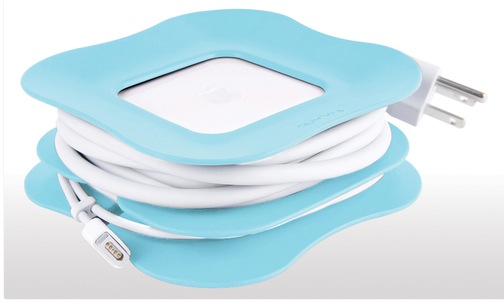