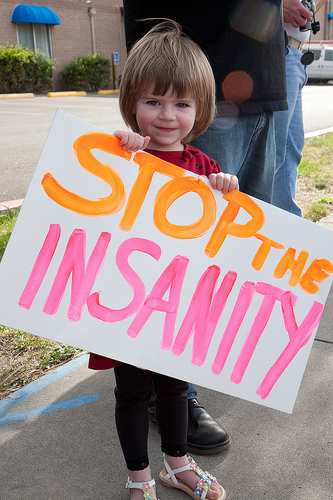 It’s been an exciting few years to be involved in mobile technology. In the last 4-5 years 3G mobile internet has gone from major cities to practically the entire nation and the price of data has dropped from $45-$60 a month plans to $30 and below. But with the lower prices came more users and more data hungry applications – up 73% in the 2nd half of 2010!

All this usage and popularity has hit carriers hard in terms of delivering a stellar experience for every customer leading to limited “unlimited” plans and data throttling from almost every carrier including Verizon and T-Mobile.

Most recently Virgin Mobile, one of our favorite prepaid mobile broadband providers, raised the price of the Broadband2Go Unlimited plan $10 and announced that accounts that go over 2.5GB will be throttled to 256kbps or lower after the barrier is broken.

Virgin Mobile advertises the plan as, “Unlimited Data, 3G speeds up to 2.5GB” which is at least more forthcoming than at Verizon and T-Mobile, but by not explaining in the usage area it’s unlikely that average users will understand when they will hit this limit, or what it means for their data usage.

Current $40 a month unlimited plan subscribers can keep their $40 5GB unlimited plan so long as they don’t let their service lapse, but the ability to use your data plan when you want to and turn it off when you don’t is, was, one of the biggest advantages of the Virgin Mobile Broadband2Go plans.

Even if the changes only impact the top 5% of users, or whatever stat the carrier decides to state at that time, why not be up front with your users and offer tiered plans or unlimited plans — not limited unlimited plans.

While we don’t go looking for government involvement, it is truly surprising that the FCC hasn’t stepped in to tell carriers to clean up their act and offer customers an easy to understand mobile broadband plan. At this point we’d be excited to see some uniformity in data pricing and throttling transparency.

We don’t expect this to happen overnight, but as the CEOs of the biggest carriers gather in Spain this week we urge them to consider rolling out data plans that make sense and to restore some meaning to the word unlimited.

It’d be great if we didn’t have to ask Tim McGraw to change the lyrics of Back When to, “Back when a hoe was a hoe; Coke was a coke and Unlimited meant unlimited!”