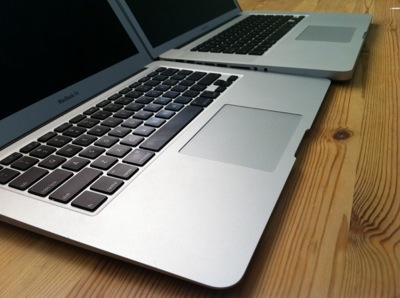 Apple MacBook models with 13″ screens or smaller will cease using NVIDIA graphics in favor of Intel’s new Sandy Bridge processor which includes integrated Intel graphics, according to a report by CNET.

Sandy Bridge is the name Intel has given to its newest version of processors which will be officially unveiled in January. It not only includes the CPU but also the graphics engine in one small chip, saving room and money for manufacturers.

Up until now Intel graphics have been synonymous with lower performance in computers designed for simple office related tasks and low end laptops. So why would Apple be wiling to go in that direction when they are usually seen as a high end laptop manufacturer?

The reason is that the Sandy Bridge technology is said to perform better than the current combination of Intel Core 2 Duo processors along with the NVIDIA graphics found in Apple’s MacBook, MacBook Pro 13″ and MacBook Air models.

Apple likely chose to stay with the older Intel Core 2 Duo chips in order to maintain the size and cost of their less expensive models. Another factor was a legal dispute between Intel and NVIDIA that might keep manufacturers from using NVIDIA graphics with Intel CPSs. This new chip from Intel will allow Apple to continue to hit price points and space requirements in smaller models while offering better performance.

The CNET report also said that larger size MacBook Pros will possibly replace the NVIDIA graphics for AMD chips. However, they also pointed out that this could all be a negotiating ploy by Apple.