It looks like iOS 4.2 for the iPhone, iPod Touch and iPad will arrive on devices by Friday, possibly by 6 PM today according to some reports. While it appears that iOS 4.2 may lose AirPrint, many iPad apps are gaining support for the rest of the new iOS 4.2 features like multitasking and Game Center.

Here are a collection of iPad apps that have already been updated to support iOS 4.2 — we expect more apps to support the new features as the apps are approved in the app store. 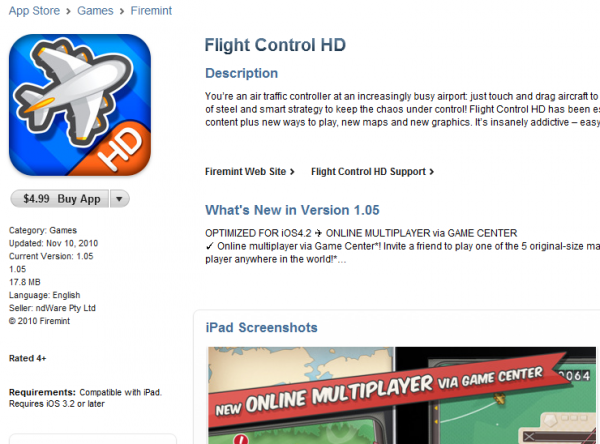 Nightstand Central for iPad: This handy app will allow iOS 4.2 users to receive background alarm notifications as well as faster app switching and “other new features!”

Twittelator: Multitasking support and faster switching as well as some speed improvements.

TED: iOS 4.2 compatibility and other improvements