Samsung R440 Review: Sturdy but lacking for its price

The Samsung R440 notebook is part of the R Series unveiled at CES early this year, but unlike the Samsung R480 which we reviewed recently, the R440 drops the traditional red design, invisible touchpad, lovable chiclet keyboard and Blu-ray player. By dropping these features the R440 is cheaper, but is the $70 in savings worth it?

Based on the specs, the R440 should be a good fit for home users and students. Professional users who will be traveling often should look for something a little thinner with business class features.

The overall build quality of the Samsung R440 is pretty good. While it uses plastic instead of the metal alloy casings we have seen on many new consumer notebooks the device feel very solid. There is very little flex in the LCD and the bottom of the notebook is also very resistant to flex when held by the palmrest in either corner.

The hinges on the R440 are also sturdy with very little play, meaning that wherever you place the screen it will stay there.

The 14″ screen on the R440 offers reasonable viewing angles for sharing a movie or trying to get team input on a spreadsheet. The notebook also offers a reasonably bright display when turned on a full force that should meet the needs of most users. It is a 1366×768 display which is standard for most 13″-16″ notebooks and provides the average user with enough screen real estate for day-to-day use, including comparing two web pages or two documents at the same time.

The screen tilts back far enough to accommodate most uses, though like many consumer notebooks we wish it would tilt back another 5 five to ten degrees. The display is glossy and will kick back some light, but again it is not the glossiest we have seen and will perform alright under fluorescent lights.

Unlike most consumer notebooks on the market these days the R440 does not have a chiclet or island style keyboard, sticking with a traditional keyboard that has a raised center key area. This is obviously done to emulate one of the best reasons to use a chiclet style keyboard — extra space between keys — which offers a better typing experience. Unfortunately these mixed style keyboards rarely deliver the same benefits, which is the case with the R440.

If you have never known the pleasure of typing on an island or chiclet style keyboard the full size and standard key placement of the R440 may be enough to satisfy your needs, but demanding users will not like the poor spacing. The keyboard’s only redeeming feature is that despite the traditional style there is relatively little flex when typing.

As far as the touchpad goes it is a standard size multitouch mousepad which also includes a dedicated scroll zone on the right hand side for scrolling. You can also use two-finger mode to scroll without trouble. In general the touch pad is responsive and the two smooth dedicated buttons are just right in terms of feedback and size.

The R440 has a sufficiently powerful Intel Core i3 processor which will meet the needs of most home users, thought the integrated graphics will leave anyone looking for modern gaming to turn on the Xbox 360. The system can transition between homework and web surfing to watching a DVD or listening to music, and comes with a HDMI port for hooking up to a HDTV.

With the included horsepower you can do photo retouching and resizing and edit videos for YouTube, though it will take a bit longer to process your changes or complete the final video than a system with dedicated graphics. The system can handle casual gaming like you’ll find on Facebook or around the web, but as we mentioned it is not a system for playing the latest first-person shooters. The webcam on the R440 performed well in both high and low light situations.

Overall the system has enough power to tackle most needs of home users without trouble, though if you find yourself doing heavy editing of multimedia you will need to give the machine more time when you click “Make Movie”.

The R440’s speakers are situated under the palmrest and can pump out enough volume to fill a standard size room without any tinny-ness or crackling. The only downside we found with the speakers, and their placement, was that if you are sitting on the couch with the notebook pulled close to you the sound may be muffled by your body.

While we didn’t have any issues with noise from the actual system the R440 got noticeably hot when held on the lap for an extended computing session. While sitting on the couch surfing the web and watching Monday Night Football on the big screen the back left corner was hot enough that we had to hold the notebook at an angle to stay comfortable. If you plan to use the R440 on your lap regularly you will want to invest in a cooling mat.

The battery on the Samsung R440 is rated for 4 hours, but in our testing it came in at 2 and a half hours to just under 3 if we paid more attention to the settings. Sure, 4 hours may be achievable without using Wifi and brightness set on low, but most users can expect to get under 3 hours which is slightly better than we saw on the R480, but still lower than we would expect given the integrated graphics.

One thing that is nice is that there is an LED battery life indicator on the bottom of the batter so that you can quickly check how much life is left without turning the notebook on.

The Samsung R440 has most of the standard ports a user would want, though it is lacking an eSata port and has no Expresscard 34 slot.

The R440 doesn’t come with much software of note. There is a collection of pre-installed applications from McAfee and others including a gaming center which most users will want to delete but little else worth noting.

Value: The R440 has decent specs, but at a lowest price of $629.99 the cost is too high to justify when you compare it to other systems including the Samsung R480 which can be had for $679 with much more.

Overall a sturdy notebook with OK specs, but users will be better off spending an extra $70 to bump up to the Samsung R480 which has a Blu-Ray drive and a better keyboard. If you can find this notebook on sale for under $600, you could score a good deal as long as you can overlook the traditional keyboard and heat when running for long periods. 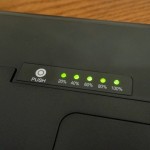 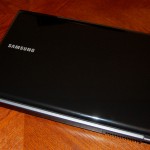 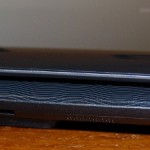 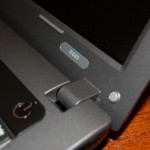 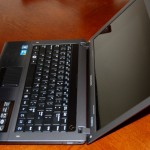 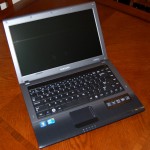 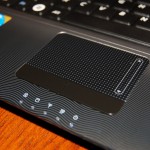 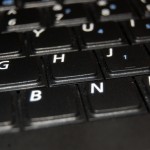 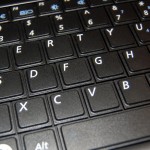 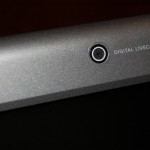 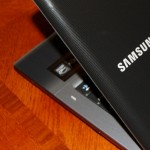 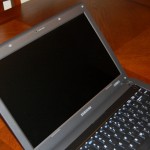