Fujitsu announced the new Fujitsu LIFEBOOK T580, a 10.1″ convertible tablet that includes a multitouch screen that recognizes four fingers and a keyboard. The LIFEBOOK T580 can be used in slate mode, like the iPad, or in a standard notebook form with the keyboard for typing.

The Fujitsu LIFEBOOK T580 uses a resistive touchscreen powered by N-Trig that can handle 14 different gestures. Inside you’ll find up to an Intel Core i5 processor and 3G as well as GPS options.

The LIFEBOOK T580 is weighs in at 3.1 pounds and has a promised battery life of 8 hours. The T580 also comes an ambient light sensor for pumping up screen brightness automatically in the outdoors and what Fujitsu calls a smear-proof coating to keep fingerprints from clouding your view.

The LIFEBOOK T580 will be available in November. No price has been announced, but with all these features in a small package expect to pay a premium.

Below is a short demo of multitouch on the LIFEBOOK T580 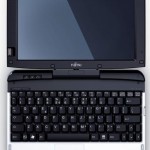 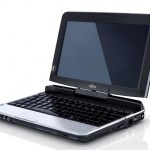 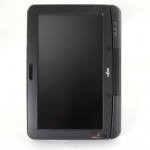 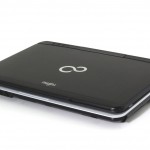 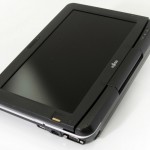