Motorola Droid 2 Up for Sale on the Verizon Wireless Website 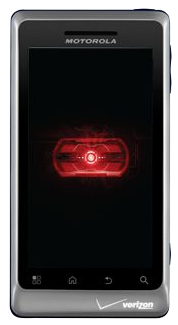 The Motorola Droid 2 is now available from Verizon and the Droid 2 product page finally confirms many of the rumored specs.

The sequel to the popular Motorola Droid, the Droid 2 features the same 3.7-inch touchscreen and a slide-out qwerty keyboard, which has been redesigned to be more ergonomic.

In addition to the Droid 2 release, Motorola also announced that there will be a R2-D2 edition of the Droid 2 in September. It will be “designed to look like the trusty Droid from the film saga” and have special Star Wars content built-in.

The Droid 2 is available on the Verizon Wireless website right now for $199.99 with new two-year contract and $29.99 data plan. The new Droid officially launches in stores tomorrow.