Speck is one of the go to manufacturers of cases for Apple products and it has brought the popular PixelSkin case to the iPad, joining the Speck Fitted, Speck PixelSleeve Plus, Speck CandyShell and Speck Matte Screen protector which we have recently reviewed.

The Speck PixelSkin iPad case is a rather unique silicon slip on case that slips onto the iPad. It is similar to the PixelSkin case that has been available for numerous iPhone models and according to Speck, “5 DPI Never Looked So Good!”

This tagline, describes the unique back-side of the case which is composed of small squares that gives the case its name and also gives it some grip on smooth surfaces. Unlike a bare iPad the PixelSkin will keep your notebook in a specific spot and is grippy enough to prop the iPad up against another item for watching a movie or for typing.

While it is grippy and unique it doesn’t feel weird to hold since the squares are large enough, and close enough together, that they are not a nuisance.

The front of the skin covers the bezel of the iPad and provides enough of a lip that you can set your iPad facedown on a table or with the face to a notebook in your bag without the iPad’s screen coming in contact. One unfortunate issue which I found with the case is that the left and right side of the bezel have a bit of play to them. This means that they won’t  always sit flush to the iPad. There is no functional issue with this, but it may bother some people who are very picky about the way their iPad looks.

The PixelSkin case will protect from light bumps and scratches, but it isn’t meant to protect the iPad from major falls so you will still want to protect your gadget when transporting.

While the skin is on the iPad you have access to all the ports and buttons, though you will need to slide back the bottom of the case to use it with a dock.

The Speck PixelSkin comes in Black, Indigo and Green which is the color we reviewed. You can find it at Speckproducts.com, the Apple Store and other retailers for $39.95. 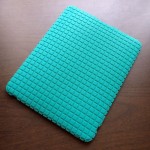 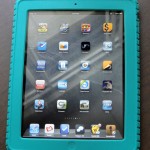 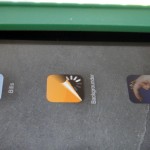 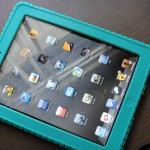 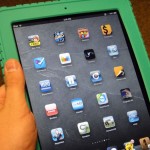 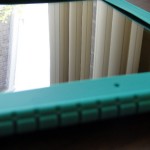 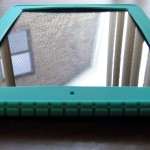 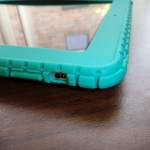 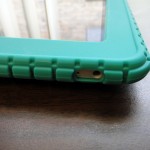 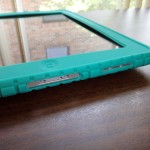 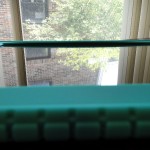 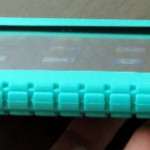