AT&T recently announced that it will carry the Samsung’s newest Android based phone, the Samsung Captivate. This will be AT&T’s fifth Android phone.

The Samsung Captivate sports a large 4-inch touchscreen and the Android 2.1 OS. 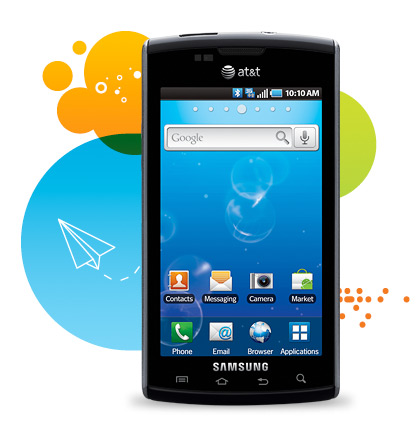 Evidence that AT&T is finally trying to incorporate more Android smartphones into its network, the Samsung Captivate will be sure to grab some attention when it is released. Currently, AT&T has yet to disclose pricing or availability. Sign up to receive an email as soon as the device hits AT&T’s stores.