One Day only! HP Ultra Dual Core Entertainment Notebook for $599.99  (plus $5 shipping) at Woot.com. 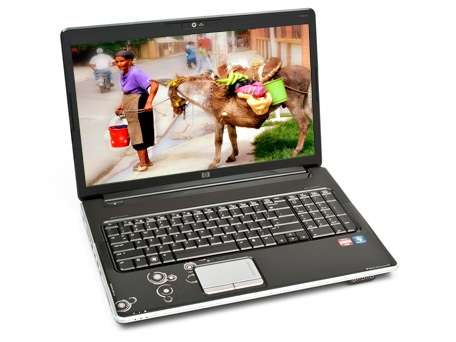 Right now on Woot.com, you can pick up a beefy Blu-ray playing entertainment notebook.

As stated on their “What is Woot?” page, “Woot.com is an online store and community that focuses on selling cool stuff cheap. It started as an employee-store slash market-testing type of place for an electronics distributor, but it’s taken on a life of its own.”  They offer a different deal everyday, unless there is a “Woot-Off”.

In a “Woot-Off”, an item is put up for sale in limited quantities. Once an item sells out, a new one is put up for sale, and so on. The popularity of the Woot-Off is due largely to the “Random Crap” (also known as the “Bag of Crap”) that usually occurs once at a random time during the Woot-Off. The “Random Crap” is $3 plus $5 shipping. The buyer does not know what they will receive, but it could be anything from an action figure, to a big-screen TV.

Woot also has other sites, such as sellout.woot.com (in partnership with Yahoo), shirt.woot.com, wine.woot.com, and kids.woot.com.