Intel will not be adding USB 3.0 support to its chipset until 2012 with the new “Ivy Bridge” platform. By then, they are probably hoping that their own Thunderbolt standard will start to take hold. The promise of USB support comes at the Intel developers conference in Beijing, China from their VP of Architecture Kirk Skaugen. The “Ivy Bridge” platform which Intel is planning to release next year will have both standards built into it and they are urging hardware makers to plan for implementation then. It follows AMD’s promise to add the standard to its notebook platforms. 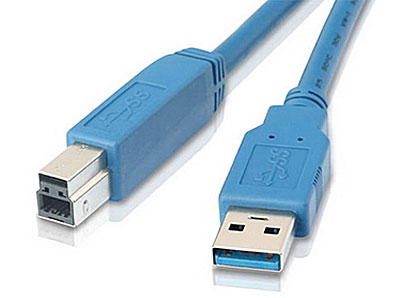 What that means for the average notebook buyer is higher speed connectivity will not be coming to Intel notebooks as quickly as we would like. USB 3.0 is the newest version of the most popular USB standard and is theoretically many times faster than USB 2.0. It is backwards compatible making it a great choice for consumers. There are already a number of peripherals like hard drives on the market. At the same time Thunderbolt, a standard implemented by both Intel and Apple, has very few third-party peripherals yet. Some are being announced this week at the National Association of Broadcasters, but those are mostly high-end devices for professional broadcasters and film makers. There are almost no consumer level devices out for Thunderbolt.

If you want USB 3.0 speeds you will have to rely on AMD notebooks or notebooks with Intel chips that have added non-native support through third-party solutions. These third party USB 3.0 chipsets are typically found on higher end or business notebooks and usually only one one or two of the USB ports.