Thunderbolt Products Coming Out of NAB

At the National Association of Broadcasters meeting being held this week, a couple of companies announced new Thunderbolt accessories compatible with the new high-speed connection incorporated into all new Apple MacBook Pros. The Intel-based peripheral connection offers much faster throughput than any previous standards including Firewire 800 and USB 3.0.

There have been precious few accessories announced which take advantage of the connector. But now we have a few more from Matrox and one from G-Technology.

The Matrox devices are not exactly mainstream products. They include some video input/output boxes, according to Engadget. They are designed for high-end professional video editing gurus who need to connect a lot of equipment to their MacBook Pro. 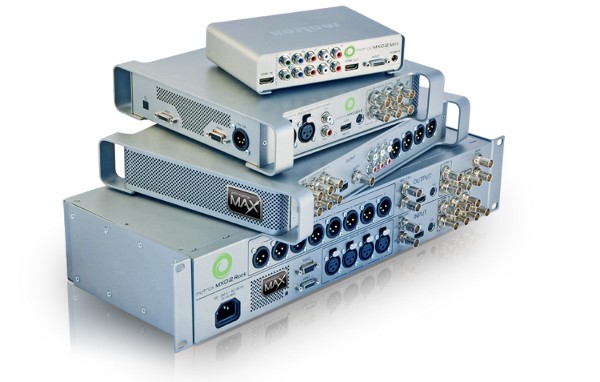 In a little more down to earth, but still high-end category, drive maker G-Technology will be releasing RAID arrays with Thunderbolt. These are devices which have a collection of disks that can be mirrored for instant duplication of data and/or striped for fast access. Striping refers to the process of putting data on multiple disks to speed up the write process. The device puts the first part on disk one and while waiting for it to finish writing puts the next part on disk two. While it waits for that part to write to disk two it goes back to disk one and puts the next part of the file there and so on. This speeds up write times as files are saved to the array of disks. Mirroring is where the device automatically puts a copy of the data on more than one disk so that, if one disk fails, then you have a backup automatically. Current technology makes mirroring a little slower, especially for things like HD or 3D video editing. Since Thunderbolt is able to write at much high rates, the speed is not an issue. 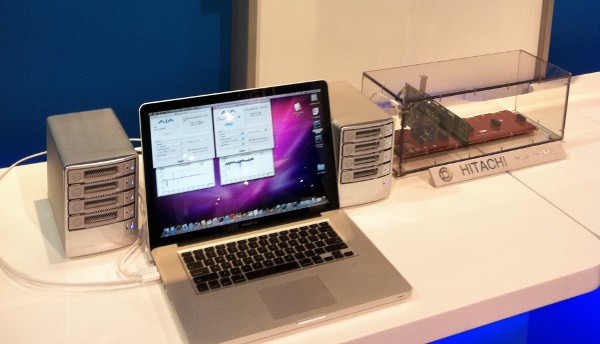 Neither company has a ship date or specific pricing yet.

We have only seen a few mainstream products from Lacie and Promise announced and none are shipping yet. We would really like to see a docking system that uses Thunderbolt to connect all of our external USB devices (keyboard, mouse, printer, etc.) a speaker system and an external monitor or two to a MacBook Pro.

Below is a demo of Thunderbolt from the Intel press event where the company demoed the technology, then call Lightpeak.