The Right Notebook for the Job

People looking to buy a new computer often ask me “What’s the best notebook?” My answer to that question is simple: There isn’t a best notebook. Instead of looking for the ‘best’ notebook, individuals and organizations should find the right tool for the job. 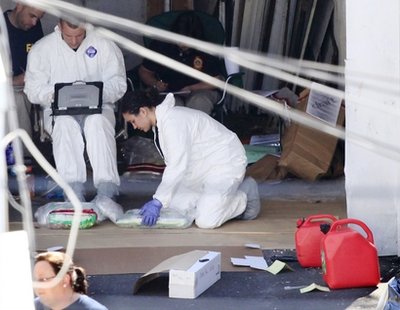 The FBI is an example of an organization that’s chosen the right tool for the job. As illustrated in this photo at Yahoo.com, the FBI is using Panasonic ToughBook CF-30’s to investigate the recent attempted car bombing attack in Times Square.  If you’re collecting evidence in the field that may result in catching terrorists or saving lives, a rugged notebook like the CF-30 is probably the ‘best’ notebook for you. Tougbooks can handle a ton of abuse and are some of the  most reliable machines out there. In the case of the FBI, a damaged notebook could cost lives.

But Toughbooks aren’t the right tool for most people. ToughBooks are very expensive, have small hard drives and are very thick. They’re utilitarian and lack many of the entertainment features you’ll find on PCs that are 80% cheaper. FBI agents like the one in the probably don’t care too much about playing video games or editing HD movies in stressful situations.

This weekend a friend asked me what the best notebook on the market is for his wife. I asked them what she’d be using it for and he jokingly said “To find good deals on clothes and purses.” She laughed at the statement, but went on to tell me she really wants a notebook with an anti-glare display, that’s highly reliable and is more fashionable than a ThinkPad.  I recommended that she look into one of the many business notebooks that have color options, such as the Dell Latitude line and HP ProBooks.

I’ve found my new MacBook Pro to be the best notebook I’ve used for editing photos on the go. For me, it’s long battery life, suite of multimedia applications, anti-glare display and powerful Intel Core i7 processor are the right mix when I’m dealing with thousands of photos. My MacBook Pro isn’t nearly as durable as the ToughBook pictured above, but the worst thing that would happen if I dropped my MacBook Pro is that people would have to wait a little while to see photos shot that day.