iPad vs. Netbook is an Easy Answer

The netbook is now officially deadâ€” at least to me.

Since purchasing the iPad, I have used it more than any other electronic device in my home. This is a typical occurrence for folks who love technology and buy something new. Unlike the iPad, my previous netbooks were used intensely for a few days before I quickly gravitated back to my MacBook Pro for a full notebook experience. This has yet to happen with the iPad. When I want to create material, I use my notebook. I grab the iPad when I want to consume media, view entertainment, or play games.

Before the iPad was announced, there were many arguments that stated there was no need or market demand for yet another Internet connected device that does everything a computer can currently handle. This is true of most folks; most people that already have a computer do not need an iPad, a netbook, or any additional Internet-enabled device. However, after using the iPad, I do believe that a secondary tablet will have a bright future. My experience with netbooks has been that they do everything a notebook does, but they do it much worse. They are slower, have smaller screens, and even the best designed keyboards are still too tiny. As a secondary device, the netbook offers nothing new. What can it do that my notebook can’t? 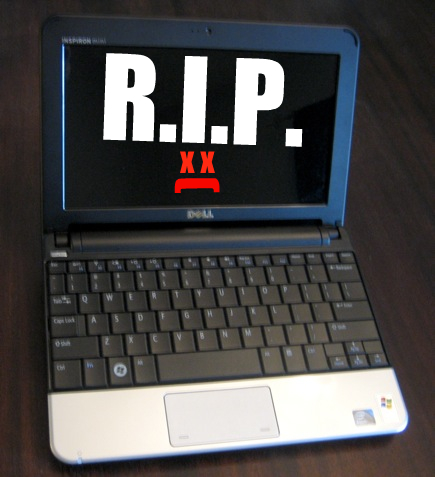 The netbook evolution has been the third stage of development for the modern PC. This evolution started with the desktop, evolved into the notebook or laptop, and has morphed into the netbook. Driven largely by the One Latop Per Child’s $100 laptop initiative, the rise of netbook popularity is one of the most under appreciated big things to happen in the world of technology in the past five years. Where else could you purchase a fully functional portable computer with over four hours of battery life for under six hundred dollars? Schools, students, hobbyists, and first-time computer users are finally able to buy an ultra-portable computer thanks to the ultra-affordable netbook. The netbook boom highlights the importance of the Intel Atom processor and shows yet again how Intel continues to be a major contributor to the evolving world of computing.

You have read many other opinions that the netbook actually died a few months ago, or some die-hards disagree and continue to live, eat, breath, and sleep netbooks. The netbook’s portability certainly won’t be disappearing, but the way we understand it as an underpowered device will. Improvements in power, keyboard ergonomics, screen size and the consumer demand for HD content will put an end to the netbooks which literally shake and stutter when threatened with an HD video.

What does the iPad offer that the netbook cannot? The answer is in the it’s design. I have been using my iPad all over the place. It has followed me from room to room, sitting on the kitchen counter, on the couch, the bed, and even the bathroom. Sure, a netbook can do this too, but the iPad simply does it better. The screen is bright and crisp, the sound is better than any netbook I’ve used, and I have yet the get the battery below 20 percent. There is never an annoying fan sound, it doesn’t get hot, and the slate design fits my hands like a book. 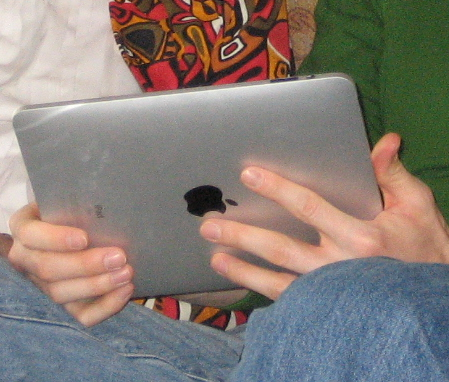 I do agree that there is an argument to be had between what can be accomplished and created with and iPad versus a netbook, but the iPad wins as a secondary or complementary device. It also wins as a media consumption device. Perhaps I have fallen victim to the Jobsian philosophy that the netbook is a vile, under-powered computer with no place in existence. Spend a few hours with an iPad and you will likely adopt that philosophy as well.