Apple iPad Pro vs MacBook: Which One Should You Buy

Can the iPad Pro replace a laptop like the extremely mobile MacBook? Does it pack enough power and functionality? We’ll compare the two machines and let readers know if they can work and play on the new iPad Pro alone or if they’ll still need a computer like the new MacBook since it’s more of a traditional laptop, even with its many revolutionary features.

We’ll pit the Apple iPad Pro against the 12-inch MacBook, announced earlier this year by Apple. Which one should you buy and what key features differentiate the two high-end 1.0 products from Apple?

Apple introduced the iPad Pro geared toward business users who want a productivity tool. The new iPad will also appeal to artists and creative professionals that need a more powerful and larger mobile tablet than the iPad Air 2. Of course, it will also appeal to the Apple fans who love all things designed in Cupertino.

Here’s a quick overview of the iPad Pro features. The tablet comes with: 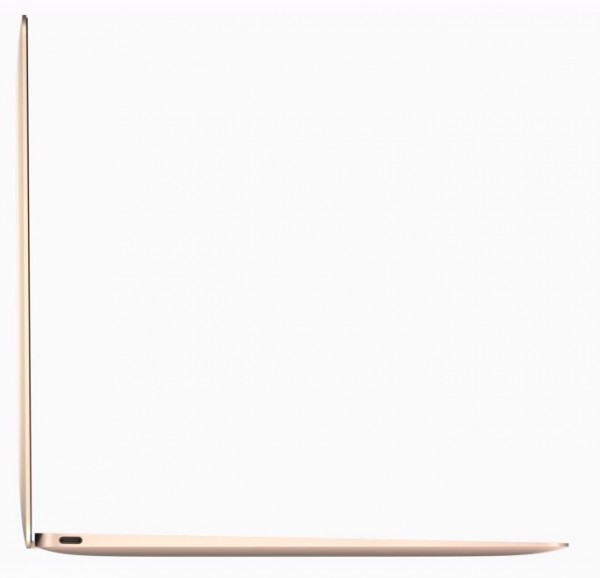 Let’s look at the measurements of the two machines: 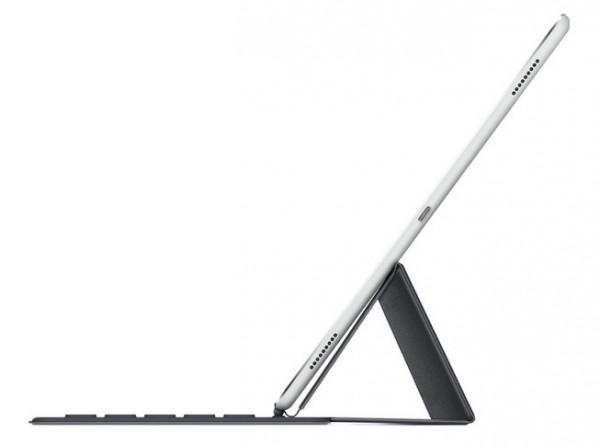 Smart Keyboard on the iPad Pro in typing mode.

The MacBook’s design makes it easier to use while out and about. According to Macworld’s Jason Snell, the iPad Pro Smart Keyboard will not work well on a lap. It’s not stable enough. That means lap typists will need a MacBook. Those who work at a desk or table all the time should do fine with the iPad Pro and its keyboard.

Both machines look beautiful with all metal construction and excellent industrial design with precision engineering. They both should offer great viewing experiences whether someone wants to get some work done in an office, on creative projects like video or imagery or while having fun. The resolutions of the two machines will make movies look beautiful. Text pops on Apple’s displays. Images and video will look beautiful on both the iPad Pro and new MacBook.

Users of the new iPad Pro can still type using the onscreen virtual keyboard. The larger screen should make it easier to do even in portrait mode. The new Smart Keyboard cover magnetically connects to the iPad Pro and protects the tablet when not in use. The Smart Cover looks like it offers a comfortable typing position when the user places it on a flat surface. Unlike some of the current third-party keyboard covers, this one doesn’t easily offer multiple viewing angles and only works in landscape mode.

The two kinds of key technology with the new one on the right.

The new MacBook and the Apple Smart Keyboard use the same brand new butterfly key technology. This allows for an extremely thin keyboard while still offering the kind of tactile feedback regular keyboards give typists.

The Smart Cover measures just 3.2mm. Users who get used to the new low-travel keys say it improves their typing speed, but it takes time to get used to it. “Travel” refers to the distance a key moves before it registers a key press. Traditional keyboards offer a higher travel distance, which typically results in more accurate typing. This new technology claims to allow the same kind of feel but with a thinner design.

Both devices offer a backlit keyboard.

The iPad Pro will feature the same responsive multi-touch we know and love from iPad and iPhone. However, they added a stylus they call Apple Pencil.

The Apple Pencil features a fine-tip that can control even a single pixel on the iPad Pro’s high-resolution screen, according to Apple’s publicity information. We’re not sure how they’re doing that with such a high-res screen. It also responds to pressure by drawing wider lines like a marker, pen or pencil does on a sheet of paper when the writer presses harder. Some third-party apps and accessory makers achieved this kind of pressure sensitivity, but Apple Pencil and the iPad Pro feature it built into the device and operating system. More third-party apps will add support now that Apple officially offers this ability.

Apple put a glass multi-touch trackpad on the new MacBook released earlier this year. It features a technology they call Force Touch, which means a user has to press a little harder to do a third kind of touch. It still recognizes the typical tap and it feels like a click. The click, however, comes from the vibrations created by this new trackpad technology. A third level of touch does things in the operating system, such as open context menus. The iPad Pro comes with a similar feature called 3D Touch. Tap, tap and hold and push harder for the 3rd kind of touch.

In terms of pointing, both new Apple devices feature brand new technology. However, the MacBook will obviously work better for those who need a traditional laptop. The iPad Pro will shine as a tool for artists and creative professionals who do design work. The Pencil will do a great job of giving them fine granular control of the content on the screen. You won’t get this with the MacBook trackpad.

The iPad Pro offers more ways to interact with content on the screen directly using touch, 3D Touch and the Pencil. The MacBook doesn’t have a touchscreen, but the design presents a better typing experience on a person’s lap. Which kind of pointing technology will work better for your use? This depends on what you do. Artists, design specialists and note takers who prefer to write rather than type will want the iPad Pro and accessories. People who want to create documents, spreadsheets and complex presentations will prefer the new MacBook. Other users can take their pick.

The new MacBook works great for business users who do some online work, stream movies or play casual games that don’t demand a lot of power. That’s because it comes with only a 1.1GHz or 1.2GHz Intel Core M processor. It features at least 8GB of RAM and offers either 256 or 512GB of fast flash storage. 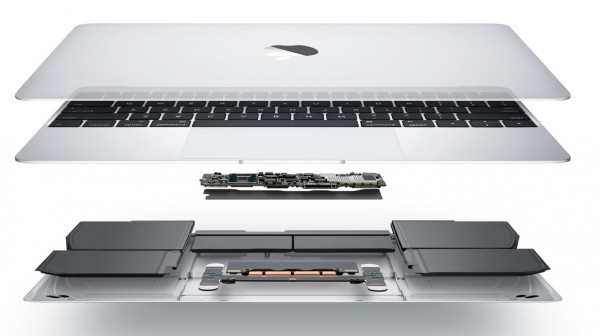 Some people call the MacBook Apple’s Chromebook or netbook. That’s not a totally fair nickname because it implies a low quality computer for most people. However, the MacBook is the least powerful of Apple’s laptops a person can buy and won’t satisfy those who regularly need a lot of processing power.

Compare the MacBook to the iPad Pro. For the first time an iPad does a better job for content creation if the content is a video, photo, design project or audio recording. That’s all thanks to the lower requirements of iOS 9 and the fast new A9X processor which should handle iOS 9 better than the Intel Core M runs OS X. Add multi-touch, the Apple Pencil and Smart Keyboard, all of which make the iPad Pro more flexible. Plus it may offer better speakers for video and audio usage. 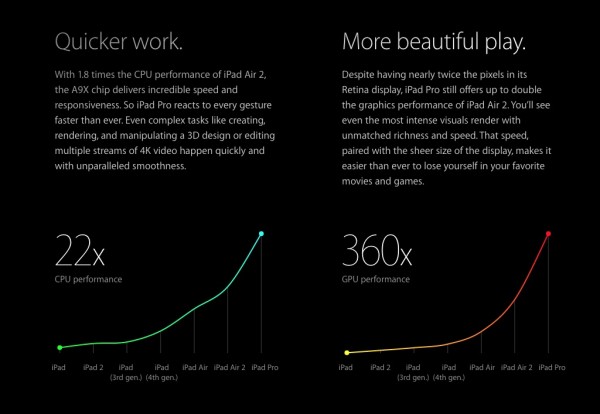 Some creative professionals may think Apple’s creative apps are a little limiting. The iOS 9 versions of iMovie, Garage Band and Photos don’t do as much as the OS X versions that run on the MacBook. Also, Adobe’s suite of Creative Cloud programs will run better on the MacBook, offering more powerful tools than their mobile apps. However, the apps available from Apple and third-party companies like Adobe do enough for most people who want a mobile solution to supplement their powerful desktop system or heavy laptop. 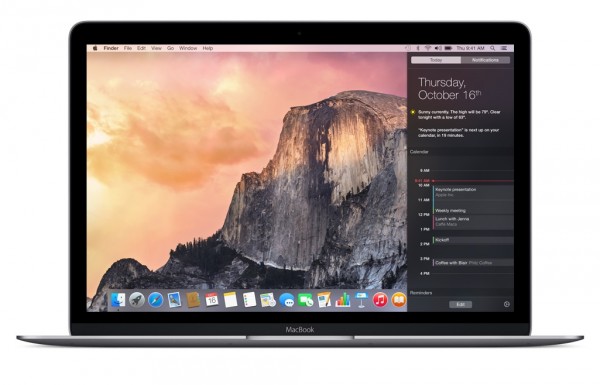 The iPad Pro likely gives users enough power that they probably won’t get any better speed or performance from a MacBook. Hard core gamers won’t enjoy either system. Casual gamers should go with whichever system they prefer. If they like mobile games, obviously the iPad works better. People doing basic office work or enjoying entertainment can make use of either system without feeling limited. More complex office workers should go with the laptop. 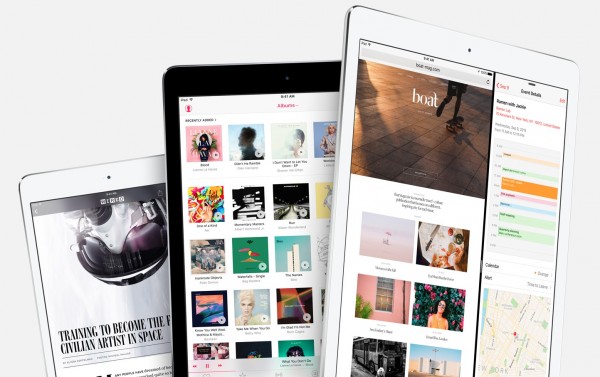 Increasingly iOS apps do more and offer touch friendly user-interfaces. For example, Microsoft Word on an iPad works great for people with simple word-processing needs. Few people need all the features packed into the full OS X version of Microsoft Word. The mobile version of Lightroom makes it easy to quickly triage photos in the field a dream. The larger iPad Pro screen also means the user can do some serious editing with great photo editing apps like Snapseed or Pixelmator.

Here are our recommendations for which system to get based on your usage: