How to Close Non Responding Programs With Task Manager

Once in a while, your computer might nor close a program, resulting in the window of the program freezing (or not responding to any mouse action). In some instances, you can wait a short time and the program will begin responding again and you can end that session appropriately. Other times, program remains in a non responding state for a long period of time which can keep you from getting other things done.

The cause of non responding programs can be a number of things, the way the program was engineered, not enough memory resources allocated to the program (sometimes you can’t close out some programs if you have too many open), an add on for the program is causing instability or its just taking some time to leave memory and stop being resident. Regardless of these factors, you just want to end that program and move on. Please understand though, certain programs that are not ended properly might cause you to lose unsaved information. So if its something important try giving it some time to start responding again.

Hit Enter on your keyboard.

or you can right click an empty spot on the the Taskbar and click ‘Start Task Manager’. 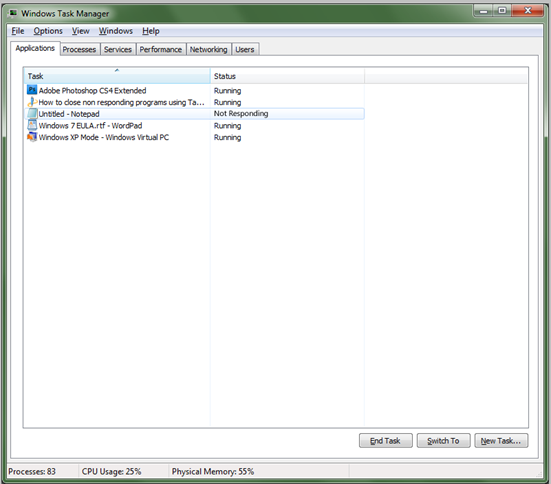 The above screenshot displays a list of all open applications. One in particular is Not Responding. The first thing you can do is select it then click End Task sometimes this works and sometimes it doesn’t. To work around this, we will will go to the programs process. 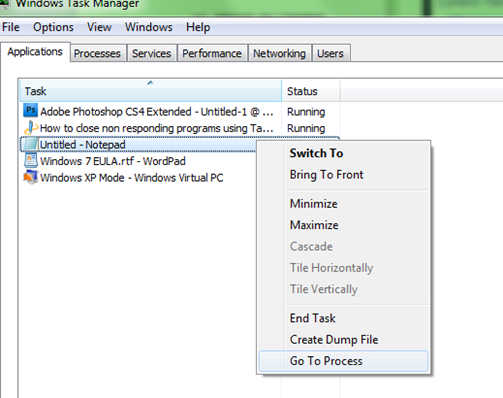 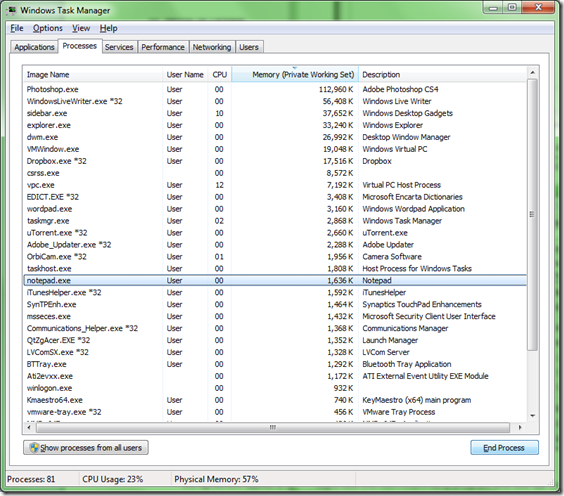 Once the process has been selected, just click the End Process button and the program will be closed.

This should be used as a last resort in some instances. As noted earlier, some programs will take time to be released from memory, background dependencies and other factors such as the amount of open applications can also trigger stop responding.