The ZeroChroma Cases for all iOS devices provide a protective cover for the back and sides of any iOS device. What sets them apart, aside from the Spanish names, is the adjustable kick stand that can hold the iPad or iPhone/iPod Touch at many different angles between totally flat on a desk or table to nearly 90 degrees.

The stand also rotates a full 360 degrees so that the user can use the device in both portrait or landscape modes. The kick stand could also be used as a handle to hold the device in your hand. There is a small hole in the short side closest to the Home button so that a strap can be inserted. A small black strap is included with all online orders. 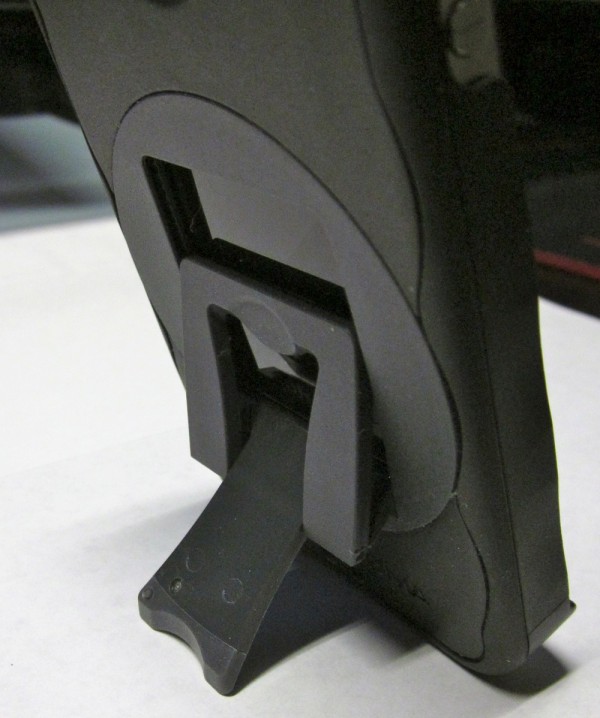 The ZeroChroma Vario Case for the Apple iPad is made of a hard plastic material with anti-slip bumpers on the four back corners which keep it in place while laying flat or in stand mode. The case doesn’t add much thickness or hardly any weight to the iPad. Inside the case there is material to give some shock absorption in case of short falls. 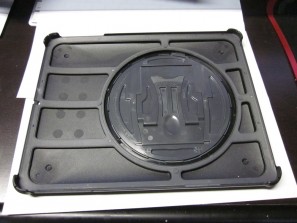 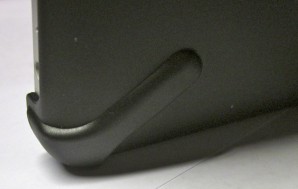 The case is very form-fitting and doesn’t slip around at all. The web site says that the case can be popped off the iPad and placed over the cover in order to protect the display. It is a little awkward to remove so we seldom bothered, but it is good to know the design allows for that. 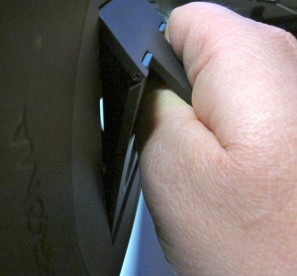 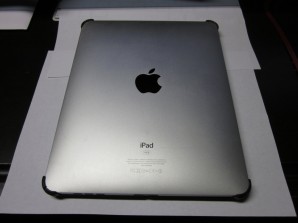 Although we prefer the folio style cases, for the style case it has some appealing features. At $69.95 direct from ZeroChroma.com you will really have to be sold on this style of case. For iPad users who do not take it out of the house or office much, the ZeroChroma Vario is a good option. If you don’t mind popping the case off to protect the front, then it will be useful for around town too. 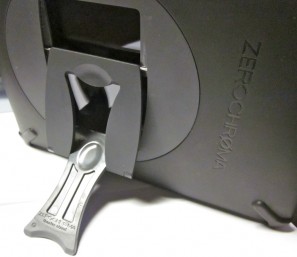 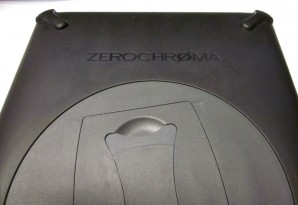 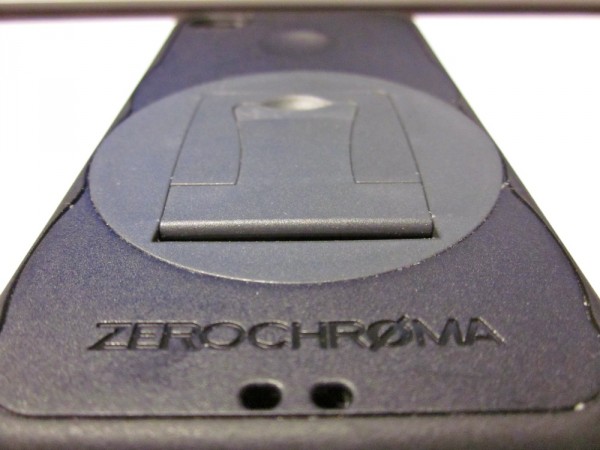 The ZeroChroma Teatro Case for the Apple iPhone 4 is similar to the Vario for iPad. The biggest difference is that it is not meant to be removed and replaced over the screen to protect the display. However it has the same style stand to hold it up while viewing video, hence the name Teatro, which is Spanish for theatre.

The cutouts for the various ports and buttons won’t allow applying the case to the front of the iPhone 4 like the Vario does. But they do fit the new Verizon iPhone 4.

Like the Vario, the Teatro holds the iPhone at almost any angle from flat to 90 degrees. The stand rotates so it can be used in any mode from portrait to landscape. The back has a little dimple where the index finger would go as you hold it in your hand to look at the screen.

One very minor complain was that the kickstand doesn’t remain flat all the time. We have a Scosche Universal Dash Mount that has a gummy surface to keep the iPhone in place. The gummy surface grabs the stand part of this case and when we remove the iPhone from the mount the kick stand pops out a little.

Like the Vario, the Teatro is not cheap. At $44.95 it is a premium case. But we like the design and features and plan to continue using it, replacing our previous favorite – the Griffin Reveal Case. For someone who gets a lot of iPhone cases to choose from, that is an endorsement. The only major problem is the cost. At $30-$35 it would feel like a better value.

This review showed off the iPhone 4 and iPad cases in black. They both also come in white/grey and dark/light pink. The cases in this review are the black/grey models. 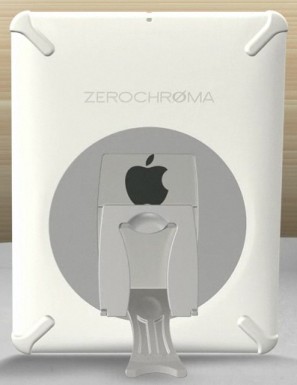 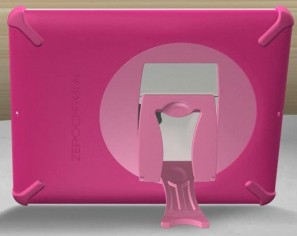 In addition to these two, there is a Teatro case for the iPod Touch 3rd Gen ($34.94) and the iPod Nano 5th Gen ($24.95). The Vario Case also comes in a version that protects a Kindle 2 ($59.95). Finally, iPhone 3G/3GS users can get a case called the Projecto. Soon Samsung Galaxy Tab, iPod touch 4th Gen, Kindle 3 users will have an option from ZeroChroma as well. Go sign up at their site to be notified when those are available.