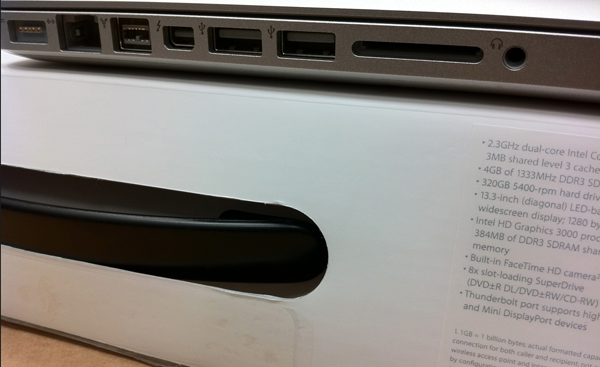 The new connection technology from Intel allows for speeds of up to 10GBps and can be expanded to support up to 100GBps by 2020. The technology is assumed to be revealed at an Intel event tomorrow, shortly before we hear about the new MacBook Pro models.

The idea is that the LightPeak or Thunderbolt ports will allow multiple types of cables to plug into a single port allowing for smaller computers without the typical port sacrificing. The image of the new MacBook Pro includes a portion of the box which says that the Thunderbolt port can be used for high speed “something” and Mini DisplayPort devices. 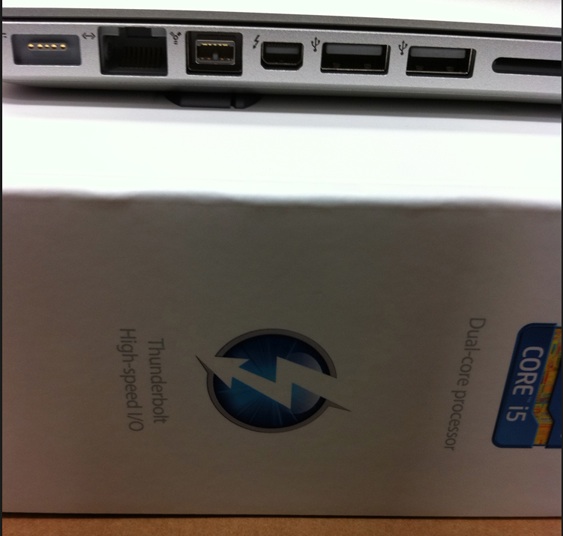 Images are from an unknown source and may have appeared first on MacRumors or 9to5Mac.