Today HP announced the HP TouchPad, a new tablet device that runs WebOS and is aimed right at the iPad with a 9.7″ screen and support for WiFi and eventually 3G and 4G versions. The TouchPad will arrive this summer with a WiFi only version, but we don’t yet know enough to tell you if this device will beat the iPad or how it will compare to the iPad 2 that is rumored to be just around the corner. Check out what we do know, and don’t know, below. You can see a full HP TouchPad Spec sheet and more details at GottaBeMobile.

What we do Know About the HP TouchPad Tablet:

The HP Touchpad will be powered by a dual core 1.2GHz Snapdragon processor will and be available in 16GB and 32GB versions. The screen is 9.7″ and the device weighs 1.6 pounds, slightly heavier than the iPad. The TouchPad includes a light sensor, accelerometer, compass (magnetometer), and gyroscope as well as support for WiFi and eventually 3G and 4G cellular connectivity.

As mentioned, the TouchPad will run WebOS. WebOS is the software that has powered the recent Pre phones, and the just announced Pre 3. This software is a new way of interacting with your tablet, and one that many think will be better than what we have gotten used to. WebOS on the TouchPad will come with apps for reading magazines, watching movies and reading Kindle books.

The TouchPad will also support Flash for online playback of videos and Flash content, something the iPad cannot do. While many users have adapted to a Flash-less web, it is a point of contention with many would be tablet owners and something to brag about.

The HP TouchPad is hoping to revolutionize how you listen to music by providing the same premium audio experience that users of Beats equipped HP laptops have been enjoying. Beats Audio is designed to deliver music to your ears in the manner that the artist intended you to hear it and will be built into the HP TouchPad.

What we Don’t know about the HP TouchPad Tablet:

Perhaps the more telling details are those we don’t know. So far we don’t know a lot about the TouchPad including price and battery life.

There was no price announced at the HP TouchPad event today, and none hinted at yet, but after the Motorola Xoom pricing debacle, we really feel that to make any inroads in a crowded consumer market the HP TouchPad needs to be priced starting at $499. By the time the TouchPad comes to market we will likely have a new iPad and several Android Honeycomb Tablets which will be outfitted with new features.

Another missing specification at the HP TouchPad event was any indication of battery life. The hallmark of great mobile devices, especially those used for reading and entertaining, is battery life and with not a word about how long the 6300Whr battery will last it could be a bad sign. 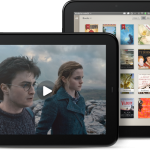 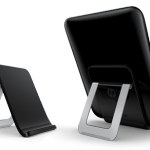