UPDATE: Please this piece at our sister site as Apple has now clarified the situation making it a little more cloudy, unfortunately.

There are reports all over the Internet about Apple rejecting the Sony e-Book Reader app. But there is one take that seems more reasoned from MG Siegler of TechCrunch.

TechCrunch cites the same New York Times article the others do, which says Apple rejected the Sony app because of the following: 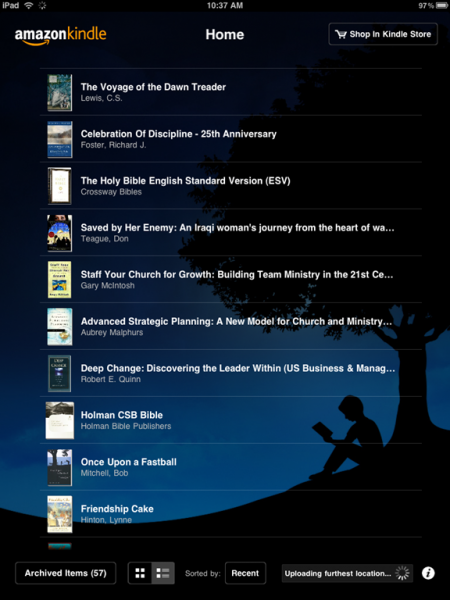 The company has told some applications developers, including Sony, that they can no longer sell content, like e-books, within their apps, or let customers have access to purchases they have made outside the App Store.

The first part of that is nothing new. Apple has always had a policy of rejecting apps that allowed for the purchase of eBooks within the app. They do this as part of the restriction against duplicating their own apps like eBooks, Apple’s own eReader app. Kindle, the eReader from Amazon, does not do this. Purchases made from the Kindle app are actually not made in the app. It dumps the user out to the Amazon web site instead and then allows users to download the books to the app. Which leads us to the second half of this quote above.

If Apple is indeed clamping down on apps that allow for accessing content purchases outside of the app, then we are in big trouble. There are a lot of such apps.

Previously we showed you some great Bible reader apps as one of our iPad Apps of the Week last year. These all allow for reading purchased books acquired both outside the app and with a couple of them inside the app. There are others apps that give users access to content purchased outside the app, like the Zinio magazine app, Barnes and Noble’s eReader, and others.

Because there are so many others we do not think that Apple is clamping down but just enforcing its guidelines. Sony just made the mistake of not getting in previously. We don’t think that Kindle, BN, Zinio and these Bible reader apps are going to get pulled, but you may want to download the latest version just to be safe.