MSI announced a new addition to the company’s lineup with the new AMD Fusion powered CR650 laptop. The MSI CR650 is a 15.6″ notebook which uses the AMD Zacate E350 processor and Radeon HD6310 graphics. 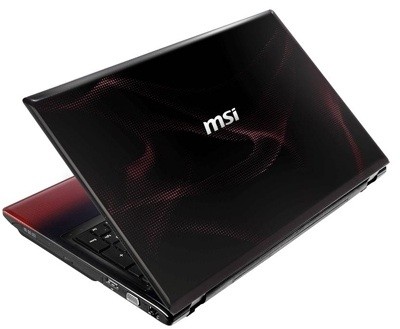 The CR650 is a multimedia laptop which should be able to handle HD video playback and even a little bit of gaming thanks to the APU and Radeon GPU combo. Rounding out the multimedia features is the inclusion of SRS for premium sound and Cinema Pro for graphics adjustments. The new AMD Fusion processors were announced at CES 2011 and earned our Best of CES Innovation award for the ability to deliver an HD experience without the need for a dedicated graphics card.

The 15.6″ display has a 16:9 viewing ratio and comes with a 720P HD webcam mounted atop it for easy video conferencing. There’s also a HDMI port to connect the device to your HDTV for watching movies and games.

The keyboard is chiclet style and is paired with a “seamless” touchpad that MSI claims will deliver a “smoother, more comfortable” mousing experience.

Other extras include i-Charger technology which MSI claims can charge your USB devices 3X faster thanks to more power being pushed through the ports.

No word on availability or pricing was released.