If you are one of the lucky owners of the Nook Color, the fine Barnes and Noble eReader reviewed here by our editor Josh Smith, then you might be interested in what people are doing to make it more tablet-like.

Some have installed Ubuntu Linux on the Nook Color, while others have hacked the software to be able to get other apps running. Now a post in the xdadevelopers Forum (via Engadget & TG Daily) shows that the Nook can be over-clocked bringing the speed of the eReader up to the same speeds of other tablets while adding battery life at the same time. 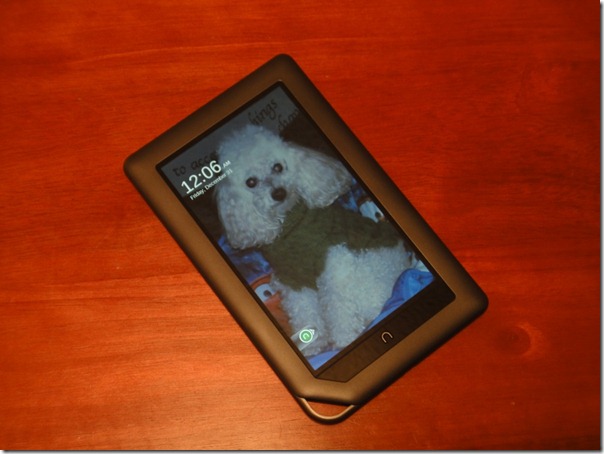 The Nook Color is a $250 tablet from Barnes and Noble that runs a custom version of Android. The price and hackable nature of the device have made some want to push it to its limits. Having an inexpensive tablet that also can run other Android apps and run quickly, is a draw.

The steps to speed up the Nook Color are not for the faint of heart, but if you don’t mind voiding your warranty (which could happen) then you might be able to follow the steps at the above link and get a faster tablet with better battery life, since over-clocking the device also requires lowering the voltage output of the processor thus consuming less battery life.

The hack is done with a custom built-kernel, which is the software that runs the operating system. Over-clocking is the process of making a CPU run slightly faster than it was designed to run. The Nook Color processor runs at 800MHz, but this hack will increase it to 950MHz.

Curious about the Nook Color in general? Here is our video first look at the device: