Try Out Android on Older iPhones

Want to see what all the Android fuss is about? You can if you have an older iPhone 3G or 2G. 3GS owners need not bother; it won’t work yet. For details you’ll need to head on over to Linux on the iPhone and read about the process. There is a version of Android that has been hacked to install and run on older iPhones.

The author has written a How To for PCWorld and links to it on his site. Also the binaries for both 2G and 3G iPhones are linked as well. 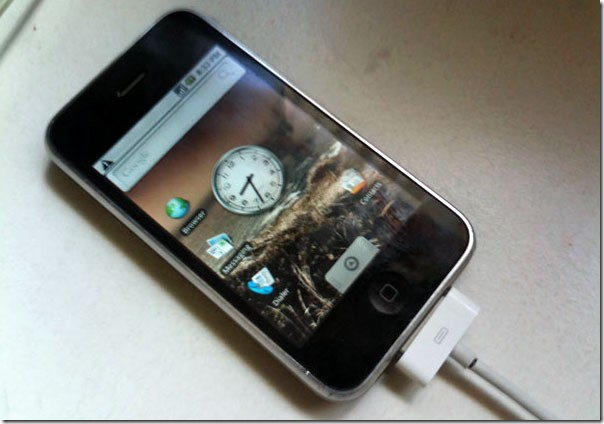 As the How To says, Be forewarned, though: This hack isn’t for the faint of heart.â€ And there is a further warning.

Although this port does everything that you expect your smartphone to be able to do, it isn’t usable for day-to-day activities just yet–I haven’t implemented any power-management functions, so a fully charged iPhone running Android will last only an hour or so.

You will have to have a jailbroken iPhone and a 32 bit Linux system, so not everyone will be able to do this even if they want a phone that lasts only an hour. But as a proof of concept it is interesting. As a work in progressâ€ it will possibly end up becoming a viable alternative. Until then, it is more of a, what could beâ€, proposition.

If they ever make it so that you can run both Android and the latest iPhone OS in a kind of dual boot fashion, then that will be exciting. As the video below shows, dual boot is doable; the question is will it ever be practical.

Thanks to Engadget for the link and image above.