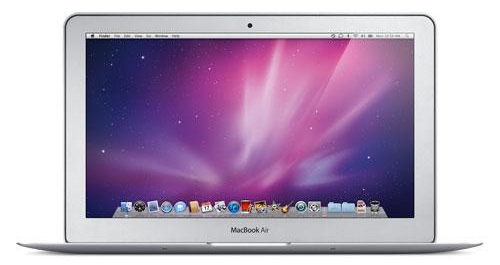 Why is the MacBook Air the best laptop of 2010? That’s actually a really easy question to answer. Aside from converting two of our Notebooks.com writers to the Mac-side, the MacBook Air has almost everything we want in a portable computer. It’s lightweight, has long battery life, a beautiful screen with a high resolution, a very usable keyboard and a trackpad that is to die for.

Did we mention it turns on almost instantly and even though it has an older Intel Core 2 Duo processor that will limit the usefulness to high end graphic professionals the built in iLife suite makes it easy for users to create videos, music and edit photos without waiting around forever.

The MacBook Air 13 has been the focus of several reviews here on Notebooks.com by Kevin Purcell who notes the amazing speed of the MacBook Air in his review, “the speed coming from the SSD is amazing. A computer with an Intel Core 2 Duo at 1.8GHz should not be this fast. But it is and it makes the 13.3-inch MacBook Air a great ulta-mobile option.”

The MacBook Air isn’t perfect, we really wish it had a backlit keyboard and larger storage, but it is able to deliver a stellar mobile computing experience that is likely to convert many more Windows users to Mac.

As a user who is pretty much platform agnostic, the hardware side of the MacBook Air is really what sealed the title of Best Laptop of 2010 for the svelte machine with long battery life.