With the release of iOS 4.2 there are a lot of new features to learn about if you’re an iPad user.  In this series we will highlight a new feature each post and explain how to use it.

Folders: What Is It? 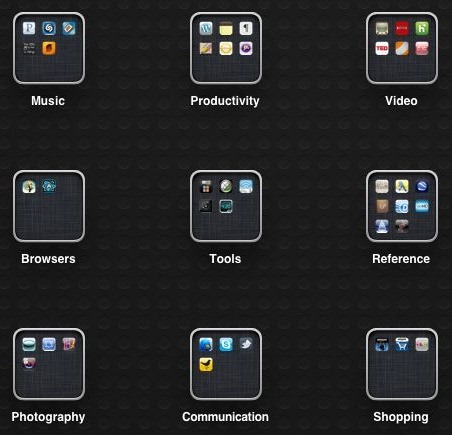 Folders are a simple way of organizing apps on the screen. If you were the organizing type, you probably did this previously on the iPad by putting most used apps on the Home screen and then had a screen for other apps based on their use. For example, I have one screen just for video apps, one for photo apps, one for reference and reading apps, and two screens for games. Now these can be organized into folders, which means that we iPad organizers don’t have to have ten or more screens, some full and some with only a few icons. Now we can have maybe two or three screens with the Home screen being the most used apps and the second or third screen holding apps organized by category or  use case in folders.

Folders: How Do I Use Them?

To create folders, just tap and hold an app icon until it starts dancing and the red X appears. Then move the apps, like you would before. Only now instead of sliding an app icon between two apps to reposition it, you move the app onto another app’s icon and iOS will create a folder naming it based on the category of those apps. iOS 4.2 will likely create some for you when you update to the new version. But you can create them for yourself. Below is a video demonstrating this new feature:

The folders will have names based on either their category or whatever you name it. For example, if you slide one game app onto another it will automatically create a category title called Games for that new folder with the two icons inside it. Once you have all your apps moved into the folders then simply tap the Home button and they stop dancing and go back to their normal state. 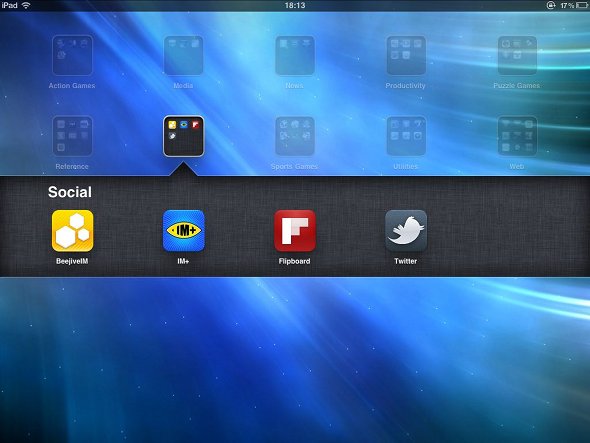 To access your apps, you simply tap the folder. It will open and show you the icons in the folder. To get apps out of a folder tap the folder to open it. Then tap and hold the icon like you did before. Once they start dancing just drag  that app out of the folder by tapping and holding it and then slide your finger to some spot outside the folder. The folder will close revealing the screen where the app now resides. Tap the Home button to stop the dancing icons.

Each folder will only hold a certain number of app icons. Once you hit that number trying to drag an icon onto the folder will not be possible. And naming the folders something other than what iOS suggests is easy. Just tap and hold an icon till they all start dancing. Tap the folder you want to rename. And then tap in the title bar at the top. Replace the title by tapping at the end of the and hitting backspace till it is gone. Retype your new name. Tap the Home button to stop the dancing icons. 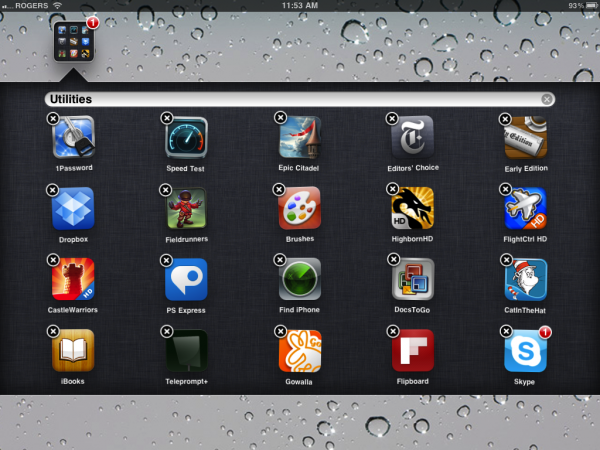 Alway be careful because while the icons are dancing you can accidentally delete an app. iOS will warn you before deleting, but just be aware of this possibility.